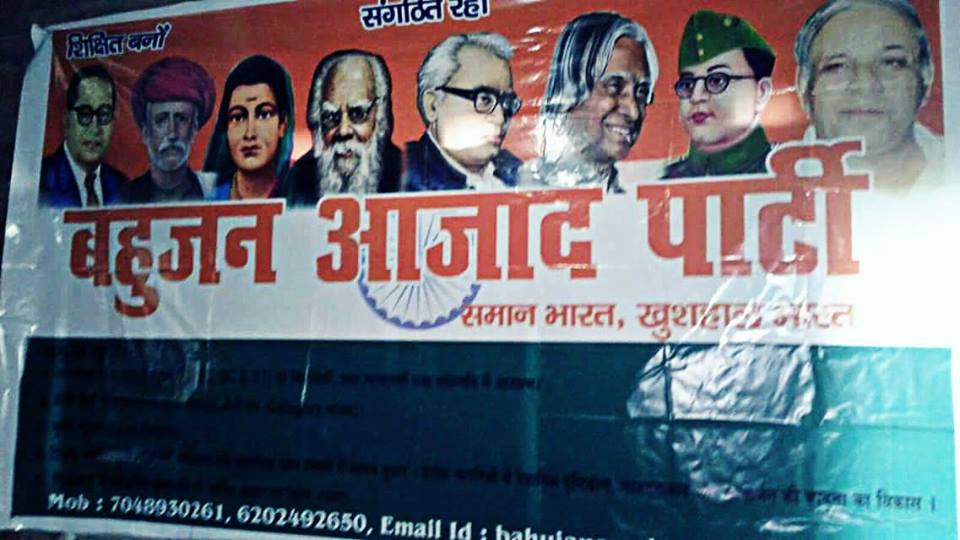 A group of 50 alumni from the prestigious Indian Institutes of Technology (IITs) across the country have quit their jobs to form a political party to fight for the rights of Scheduled Castes, Scheduled Tribes and Other Backward Classes.

The group, which is waiting for an approval from the Election Commission, has named their outfit Bahujan Azad Party.

We are a bunch of 50 people, all from different IITs, who have quit our full-time jobs to work for the party. We have applied to the Election Commission for an approval and are meanwhile doing ground work, Naven Kumar, a 2015 IIT Delhi graduate, who is leading the group, told PTI.

The party members, however, do not wish to jump the gun and aim for the 2019 Lok Sabha elections.

We do not wish to do a hurried job and end up being reduced to just one of those small political outfits with big ambitions. We will begin with contesting the 2020 Bihar Assembly elections and then aim for the next Lok sabha polls, Mr Kumar said.

The group, which includes members mostly from the SC, ST and OBC communities, feels that the backward classes have not received their due in terms of education and employment.

All set with a poster which has pictures of B R Ambedkar, Subhas Chandra Bose and A P J Abdul Kalam, among others, the party has already begun a social media campaign.

Once we have the registration, we will form small units of the party which will start working on the ground for our target groups. We also do not wish to pitch ourselves as a rival of any political party or ideology, Mr Kumar added.