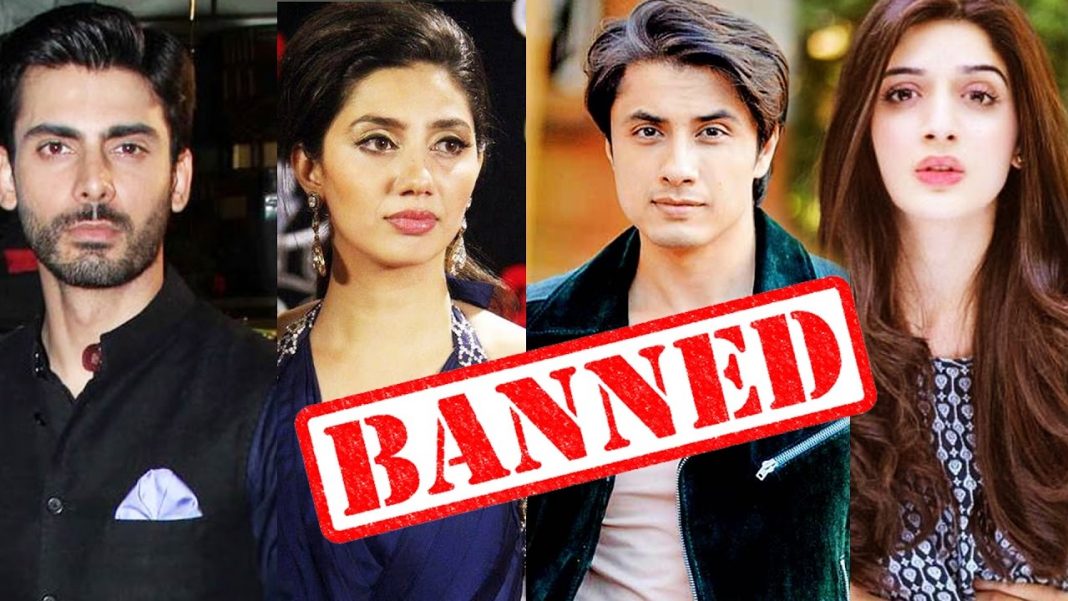 Pakistani Artists Banned: In a move reminiscent of growing hatred and animosity amongst the nuclear neighbours, India and Pakistan, the Cinema Owners Exhibitors Association of India (COEAI) on Friday decided not to release movies starring actors from Pakistan in Maharashtra, Gujarat, Karnataka and Goa.

This announcement puts an uncertainty on the release of Karan Johar’s “Ae Dil Hai Mushkil”, which sees Pakistani actor Fawad Khan in a supporting role and is slated to arrive in theatres this Diwali.

Addressing the media, COEAI’s president Nitin Datar said that the decision was not taken under any political pressure, but rather, keeping public sentiment in mind.

“Today, the meeting of Cinema Owners Exhibitors Association of India took place and it was decided that keeping in mind the patriotic feelings and the national interest of our country, we request all our members and exhibitors to refrain from screening movies which have involvement of any Pakistani artist, technicians, directors, music directors etc,” Datar said.

“We are also in the process of requesting other associations connected with the film industry to support the sentiments in the best interest of our nation.”

He said that while the decision to not screen certain films would cause monetary losses for the theatre owners, there might have been greater damage if their screens were vandalised.

“The association is not going to screen any movie and the decision implies from today until things don’t get normal.

States included under the association are Gujarat, Maharashtra, Karnataka and Goa,” Datar added.

In the wake of Uri attack last month, Fawad, Mahira Khan and other Pakistani actors were targeted by Maharashtra Navnirman Sena (MNS), which had issued an ultimatum to them to leave India within 48 hours or be forced out.

The party has also threatened to stall the releases of “Ae Dil Hai Mushkil” and “Raees”, starring Mahira in the lead role.

Subsequently, the Indian Motion Picture Producers Association (IMPPA) passed a motion to ban artistes from across the border from working in the industry till Indo-Pak relations are normalised.

It, however, had said that “Ae Dil Hai Mushkil”, “Raees” and other films starring Pakistani actors, which have completed production, would not be affected.