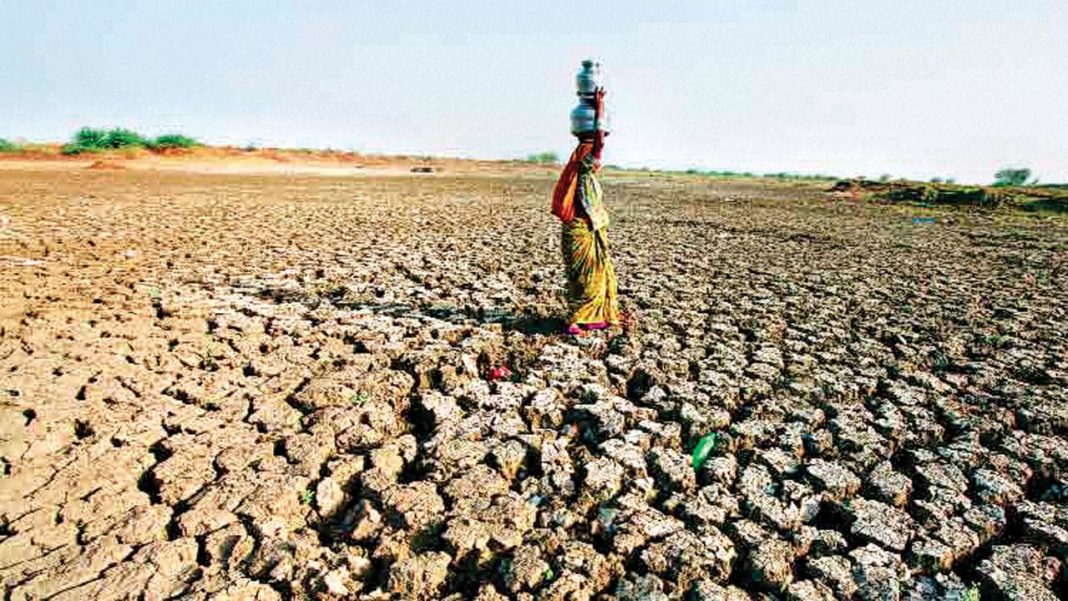 Forget NRC, India could itself be in the midst of a severe water crisis spilling over a stream of water refugees drifting over into Myanmar, Bangladesh and other South Asian countries within reach.

More than 70 % of India’s aquifers have dried up, signifying a crisis so grave it may lead people to seek refuge in water-rich countries, says Magsaysay award-winning conservationist and environmentalist Rajendra Singh.

Stressing that corrective steps must be taken immediately, Singh noted that people from parched areas of central Asian and African countries are already migrating to water-rich European countries, in a way disturbing the harmony of the world.

“In India, such migration is taking place from villages to cities. However, the current water crises may lead to such climatic migration in future to other countries,” Singh, known as Waterman of India, told PTI on the sidelines of the recently concluded World Water Week organised by the Stockholm International Water Institute (SIWI) here.

“India will face considerable and varied climate change impacts in the coming decades. The country has a large population with high poverty and low adaptive capacity, heavy dependence on climate-sensitive sectors, and is likely to face negative climate change impacts. These factors make adaptation critical, a March 2019 report by WRI said.

Singh, who won the Magsaysay award in 2001 for his pioneering work in water management, said 72 per cent of India’s underground aquifers have dried up.

In such a situation, it is going to be difficult to save the country from an imminent “water catastrophe”.

This year, 365 districts in 17 states of the country were under drought and over 190 districts under floods, Singh noted. 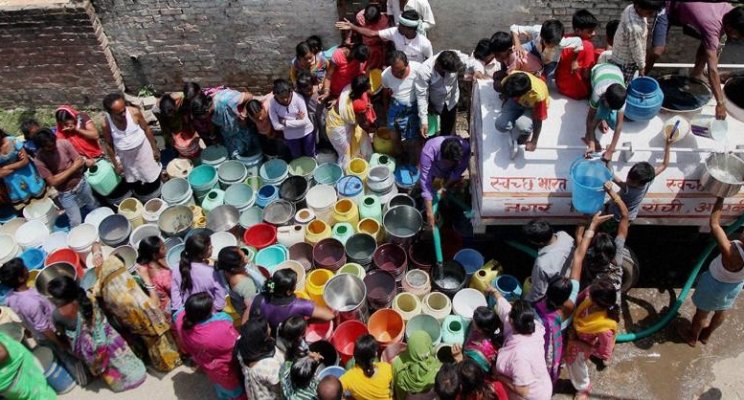 “This deadly combination of floods and droughts cannot be tackled by providing piped water but only through community driven water management, said the conservationist who belongs to Alwar in India’s desert state Rajasthan.

The 60-year-old, who won the Stockholm Water Prize in 2015, reiterated the need to develop a community-driven decentralised water management programme to address India’s water crisis.

“The responsibility of providing water to everyone can only be fulfilled if the government collaborates with people at the ground level rather than handing over the work to contractors, whose only interest is to earn benefits or profits,” said Singh.

“The government and people have to come together to tackle the crisis. To achieve this, the government should formulate a policy that it won’t outsource water management to contractors and instead involve public-driven initiatives. This is the only way to make the society water-efficient from water deficient, he added.

A NITI Aayog report in June estimated that 21 Indian cities will run out of groundwater by 2020 — a bleak scenario for a country where 75 per cent of the domestic water sectors and 80 per cent of agriculture irrigation are reliant on groundwater.

Answering a question in the Parliament on the NITI Aayog report, Minister of State for Drinking Water and Sanitation Ramesh Chandappa Jigajinagi informed the Lok Sabha that 60 crore people in India face high to extreme water crisis and its demand is projected to be twice the availability supply by 2030, adding that there was an imminent need to deepen understanding of water resources and their usage.

A lot of time has been lost, but it’s still possible to overcome the crisis, Singh said.

“The water utilised for agricultural purposes could easily be halved by stopping the use of mechanised herbicides and pesticides which have caused water deficiency in aquifers, leading to both floods and droughts which are both connected to water aquifer management,” he said.

Singh also stressed on the need to develop water harvesting systems and protecting water reservoirs from evaporation by the heat of the sun.

“We have to see how to do that. We are blessed with huge aquifers so we have to recharge them to fill our reservoirs.”

By doing so, the country will still have a “reserve bank of water” which we can use in emergencies, even in the case of deficient rainfall.

Unfortunately, however, no such policy has been put in place by the government till now, he said.

“I spoke to the Jal Shakti Minister (Gajendra Singh Shekhawat) here and he assured me that such policy will be adopted,” he said.

“We are running out of time. In fact we have lost all the time to act. A country whose 70 per cent aquifers are dry has no time left, he said.

A classic example, he said, is Bengaluru which once had several lakes but is now water deficient because the water bodies have dried up over the years.

“We can understand the water crisis in Delhi-NCR due to overpopulation, but water deficiency in Bengaluru and Shimla clearly speaks of water mismanagement on part of government as well as people,” Singh said.

“We need water security rather than water markets,” he said.

He cited several examples from his experience where water management work by public groups was handed over to contractors, who use unscientific methods.

“Indigenous methods of water management are best for the country. These were developed by local people rather than governments or social organisations,” he said, adding interlinking of rivers is also not the solution to India’s water crises.

Relevance Of Karmik and Indic Studies To Contemporary Education

“India Stands At Present At The Cusp Of Interesting Times”, Says Minister