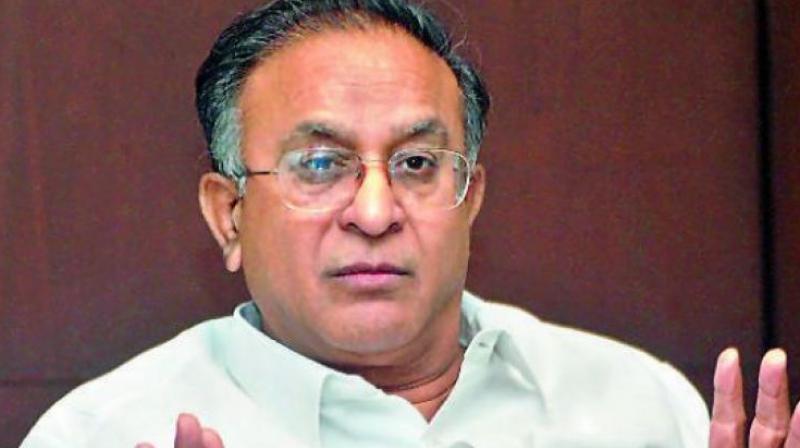 It was only a week back I had visited Jaipal Reddy garu at his Hyderabad house. He looked absolutely healthy. We had an animated discussion on congress and its way forward on its renaissance. He was, as usual, clear in his views and articulation. He felt it was most essential for Congress to first restore its status quo. He believed Sonia Gandhi should take leadership to steady the rudder at this crucial stage and then work on the grand transition plan. It’s hard to believe, he is no more!

I have had the honor of being a close friend, as he used to introduce me to all. I was not a politician but enjoyed his long articulation of various topics as a Minister, Parliamentarian etc. His knowledge spanned from religious topics to political issues – but always refreshing and thought provoking.

Jaipal Reddy regaled in exercising his oratorical skills on me, as his captive audience in his bedroom, even while he shaved, not worried about the numerous politicians waiting for audience. My pleas that people are waiting would not deter his orotund be curtailed. He cherished chats with journalists that stimulated him immensely.

Jaipal Reddy was a highly ethical and honest politician, a rare breed these days. I recall I had helped him raise funds for his elections through a friend of mine. The only condition I laid was that he would not ask for any favors. My friend through his contacts sent the money to him. After months, when my friend came to visit me, I insisted that my friend should meet Jaipal Reddy garu and so took him along to meet. I was surprised that
Mr Jaipal Reddy thanked him for the donation and mentioned the amount he had got for the elections from his contact. My friend let it pass and after general courtesies we left. That was his first and last meeting with Mr. Jaipal Reddy.

I indeed admired the sensitiveness of Mr. Reddy to have remembered to thank this unknown donor even after so many months. I was all the more surprised when he called me up later to tell me that he wanted to specify the amount he had received so my integrity should not be doubted.

We had numerous debates about the Reliance Controversies when he was the Petroleum minister. I cautioned him that he might be removed. Without blinking an eyelid he said his principles meant more than his position. India needs intellectual honest politicians who can stand up for their principles.

Perhaps the only disagreement I had with him was on the AP – Telangana split. It is in times of crisis that leadership qualities are put to test. He dithered on the Telangana issue, perhaps because he knew it would not be good but bowed to popular pressures. Congress paid a price for this and so did Jaipal Reddy garu, i feel proud calling ‘my friend’.

Towards his last stint as the Minister, he mentioned numerous times that he felt stifled and enjoyed being a spokesperson for the Congress. He believed his strength was his articulation of issues.

After his return to Congress, to the best of my knowledge, he opted out of defending Congress on its past controversial decisions like emergency even though he was a congress spokesperson. During the huge perception war on 2G, Coal Scam, it is unclear to me whether he opted not to defend the indefensible or the Congress failed to leverage his articulation to put forward a strong defense. In all my interactions even after his going into political oblivion, I never saw him speak ill of any one and was always forward looking.

India will miss such good leaders who served the country with passion and dedication. He never let his handicap deter him.

The best Shradhanjali to him is for Indians to take inspiration from him and take up strong stands based on empirical evidence and logic steeped in morals, ethics even if in a minority.

The country needs more courageous forward looking contributors than sycophants and silent spectators for the country to enable and build a strong nation.