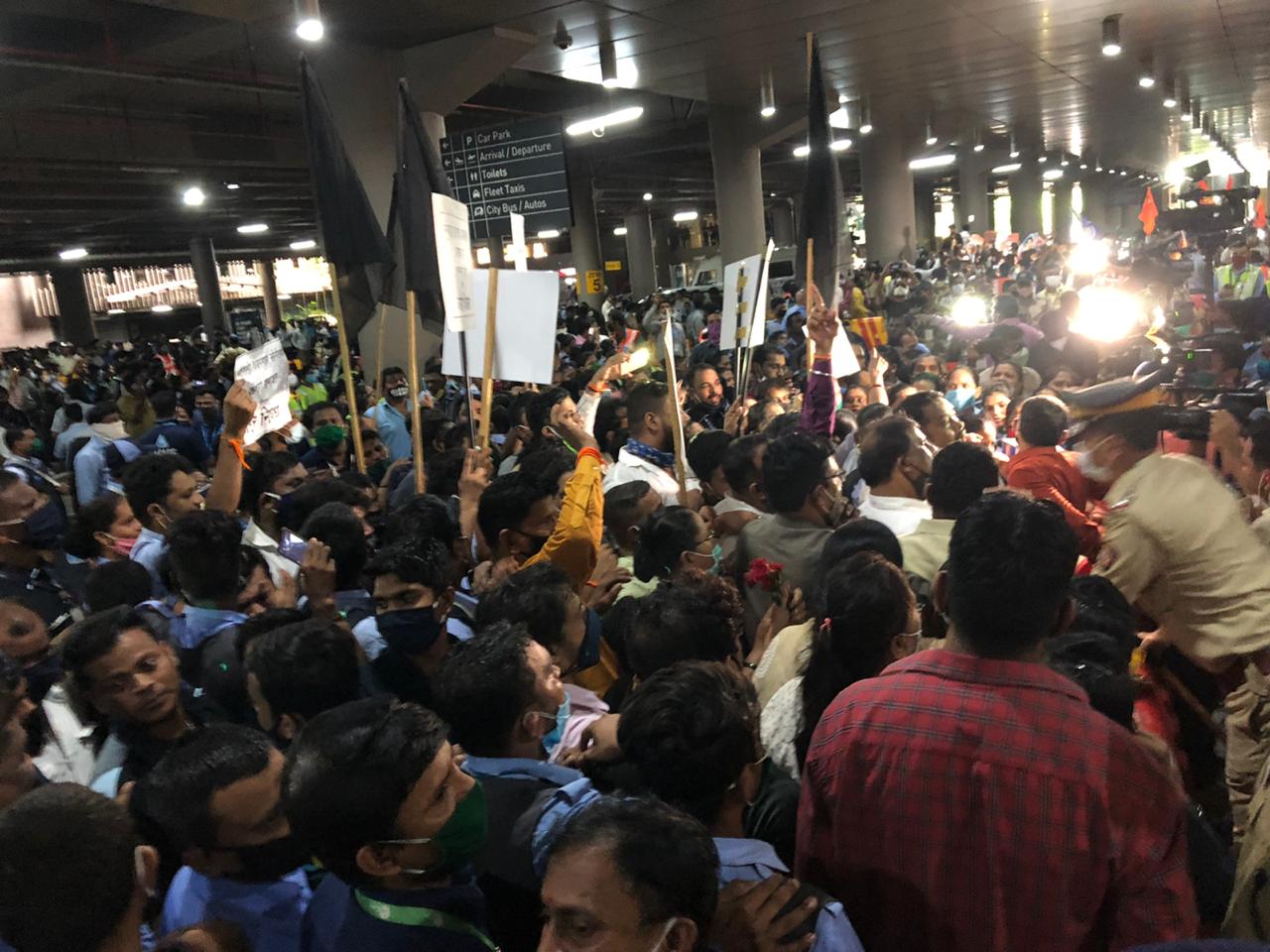 Kashmiri Pandits in Kangana support. Amidst all the twists and turns in the quest to get justice for Sushant Singh Rajput, it is slowly becoming apparent that the main issue has been sidelined and the tussle has slipped into a show down between the Centre and the State.

A day after Rhea’s arrest by the Narcotics Central Bureau (NCB), a special court is scheduled to hear the bail applications of the actress and her brother Showik on September 10.

Rhea, who was Sushant Singh Rajput’s girlfriend, was arrested on Tuesday by the NCB after being charged under the Narcotic Drugs and Psychotropic Substances Act for her alleged role in the drugs angle that has emerged during investigation into the June 14 death of Sushant.

In the 20-page bail application, Actress Rhea Chakraborty has claimed that she was coerced into making self-incriminatory confessions during custody and that she has been falsely implicated in the present case.

In the meantime the war of words between Actress Kangna Ranaut on the one side and the Shiv Sena seems to have entered a new dimension. While Kangana Ranaut got Y+ security from the centre over threats being given to her, the BMC swiftly moved in and after serving a day’s notice in an apparently old case, started dismantling the illegal structure that Kangana had allegedly built in her premises.

This swiftly brought in the Bombay High Court on the same day ie. Wednesday who stayed the demolition process initiated by the BMC of the illegal construction at actor Kangana Ranaut’s bungalow.

The speed at which the actions have preceded in the last couple of days in Mumbai belie the oft repeated claims of lethargy and Inaction of Indian govt bodies, be it the Municipal Corporations or the Judiciary.

Justice S J Kathawalla while hearing a petition filed by Ranaut sought to know from BMC as to how it entered the premises and directed it to file an affidavit in response to the plea.
The court has posted the matter for hearing on Thursday.

The Brihanmumbai Municipal Corporation (BMC) on Wednesday undertook demolition of the illegal alterations at the Bandra bungalow of Ranaut.

In a statement issued by Satish Mahaldar, Chairman, Reconciliation, Relief and Rehabilitation of Migrant Kashmiri Pandits Organization condemned the BMC action against Bollywood actress Ms Kangana Ranaut. “We extend our support to her in this hour of concern when her house in Mumbai has been bulldozed in her absence”, he said.

“It is disheartening that the administration in the Maharashtra government  acted in such haste. This action, no doubt stems from political vendetta and highhandedness given the fact that every year so many houses/buildings collapse and people die in Mumbai alone and the government is caught sleeping. Bulldozing her house when she was away and without adequate notice period is unbecoming of a government. The action is a demonstration of political might and harassment” Mahaldar said.

He further added, “Since the Maharashtra government has ill-treated her, we the Kashmiri Pandits request her to live with our community as our daughter.’

In a statement Kangana had said that she can empathize with the Kashmiri Pandit refugees who also lost their homes and hearth in Kashmir 30 years ago. She has said she can understand the pain of being uprooted.

The Organization appreciated that Ms Ranaut was one of the Bollywood actors who had spoken about the plight of Kashmiri Pandits for the first time in 30 years.

Mr Mahaldar on behalf of the organization thanked Kangana for feeling and speaking about the plight of Kashmiri Pandits, who have been suffering for the past three decades.