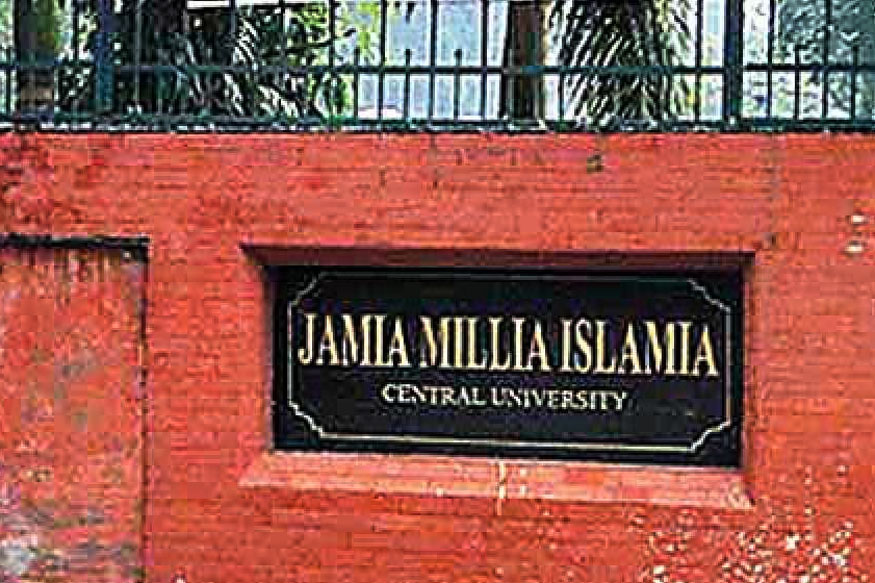 Sexual Harassment at workplace comes under the purview of the POSH act and has been made a reality  after years of advocacy by civil society organisations  and activists alike. It is no secret that Women face special vulnerabilities when it comes to sexual  harassment and the recent metoo wave in India has also brought to light the intersectionality of this abuse .

Jamia Millia Islamia university which boasts of being an institution where religious values of respecting each member of the community is the driving force, is in news lately over allegations of sexual harassment and regional discrimination. Though charges may fly to and fro, but the allegations of indulgence of the very people who should instead have been at the forefront standing with the students and their cause, is a matter of concern.

The students from the Department of Applied Sciences of Jamia Millia Islamia have been peacefully protesting against their Head of Department for the past 10 days. The latter has been accused of making sexual remarks against girls, regionally discriminating students from Kashmir by referring to them as terrorists and taliban, calling students of Bihar as “bimari” (plague) and so on.

It is learnt that the students of department of Applied Sciences approached the Jamia Administration to lodge complaint against the accused the HOD but there complaint went unheeded.

Internal Complaints committee of Jamia Millia Islamia University that too should have been the forum playing a role, is also alleged to have refused to take the complaints made by the female students of the department. The HOD, influential by virtue of his position, and with no action forthcoming, is alleged to have resorted to reprisals by awarding less marks to the students who dared to go against him.

After 10 days of protest, on 7th February, the students approached the Proctor Office to lodge their protest and demand justice. The accused HOD, emboldened by the inaction against him,  allegedly brought in some bouncers and goons from outside the campus and onto the premises of Proctor Office, where they manhandled and attacked the agitating students.

Even female students were not spared and beaten up by the goons. One of the girl student had to be hospitalized after this attack. While the Proctor being the responsible person for maintaining order on the campus is alleged to have witnessed this attack but remained silent. The students also approached for police support and action, but the police refused to file FIR against the goons and the HOD.

This incident further enraged the students and those from other departments of the University also joined in the protest in front of the Vice Chancellor’s office to demand justice. The escalation, made the University Administration call in the police to stop students from reaching the VC Office. The agitating students however broke the cordon and reached the VC office and submitted the complaint to the IIC (Internal Complaints Committee).

After the VC accepted the complaint and assured the students of action, did the agitating students went back to their hostels. The Administration in the meanwhile has sent the accused HOD on a 6 months leave, which they term as suspension. A formal notification to the effect is however awaited.

Many agitating students have rejected this mere suspension and are demanding nothing less than permanent termination of the accused. The matter of sexual harassment being of a serious nature, has attracted support by student leaders of several other central universities like the JNU and Delhi University.

Be It Business Travel Or Jet-Setting, A Must Read Health Guide For You

Spring Festival – Threads Fashion Show 2017 at the University of Michigan

The Best Payroll Services And Programs To Implement In A Business