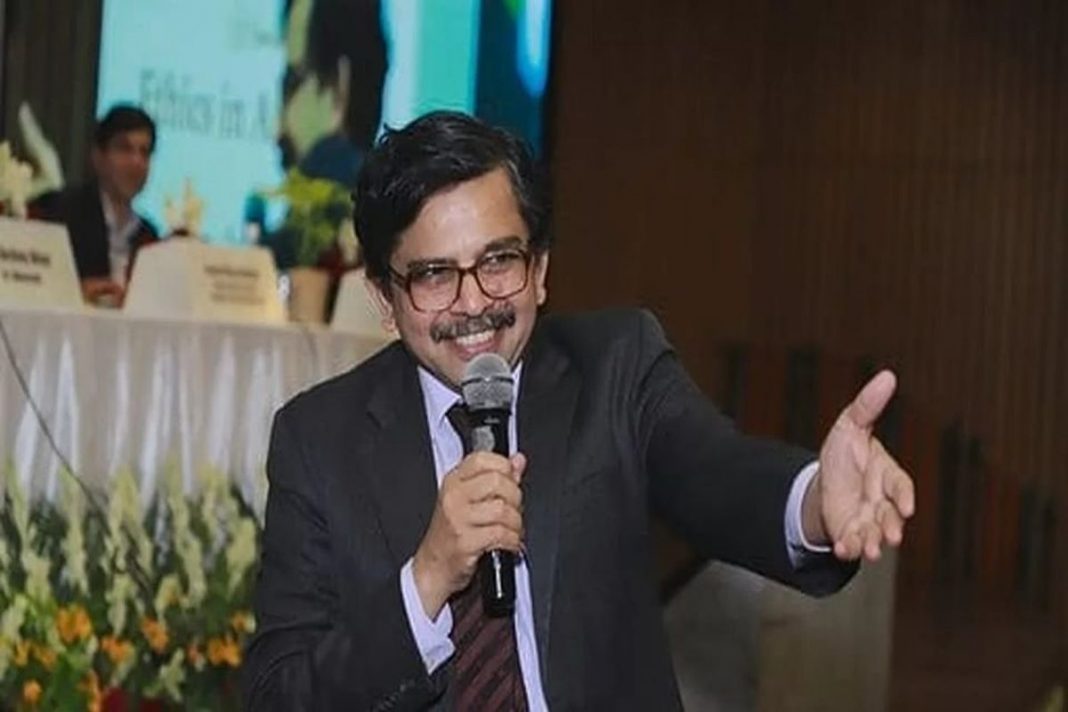 The twitterati had erupted in apparent glee at the order passed by Justice Muralidhar on 26th while posting the matter to be taken up for hearing on the next day i.e. 27th Feb 2020 for compliance by the Delhi Police. The Police was to register FIR’s against the three prominent BJP leaders, namely Kapil Mishra, Anurag Thakur and Parvesh Verma.

The Congress vociferously said the “midnight” notification was “shameful” while the Centre accused the opposition and those condemning the transfer timing, of politicising a “routine” shift.

They came on a day when a bench headed by Justice Muralidhar, the third senior-most judge in the Delhi High Court, expressed “anguish” over Delhi Police’s failure to register FIRs against alleged hate speeches by BJP leaders Parvesh Verma, Kapil Mishra and Anurag Thakur in connection with the protests against the new Citizenship law.

Union Law Minister Ravi Shankar Prasad said Justice Muralidhar was transferred on the recommendation of the Supreme Court Collegium and accused the opposition party of politicising a routine transfer.

He added that a “well-settled process” was followed in the transfer.

At the BJP party briefing, senior leader and union minister Prakash Javadekar said the transfer was in line with the recommendation of the Collegium. The recommendation was made on February 12.

Do Not Sacrifice Justice To Reduce Number Of Cases: Delhi Court

The Congress alleged that the transfer of Justice Muralidhar was aimed at saving some BJP leaders in the Delhi violence case and exposed the government’s “intimidation and vendetta politics” against the judiciary.

“The midnight transfer of Justice Muralidhar isn’t shocking given the current dispensation, but it is certainly sad and shameful,” she tweeted.

Special CBI judge B H Loya, who was hearing the high-profile Sohrabuddin Sheikh fake encounter case which involved the present Home Minister Amit Shah, died in alleged mysterious circumstances on December 1, 2014. The tweet attracted a massive response and touched the sensitivities of the citizens at large but evoked sharp criticisms from the ruling BJP

At a press conference on the issue of Justice Muralidhar’s transfer, Congress chief spokesperson Randeep Surjewala alleged that the BJP government was “waging a battle of revenge” against the judiciary. He called the transfer a classic case of “hit-and-run injustice” by the government.

The judge who reminded the government of its ‘raj dharma’ and initiated and directed action against the BJP leaders making inflammatory statements was transferred overnight from the Delhi High Court, he said.

Rajasthan Chief Minister Ashok Gehlot asked the Centre what message it was trying to convey by transferring Justice Muralidhar.

“What message is central government trying to give by transferring Justice Muralidhar, who showed his resentment against police inaction during Delhi violence and in failure of police to act against BJP leaders for their hate speeches,” Gehlot tweeted.

The CPI(M) said Justice S Muralidhar’s transfer was a “selective response” to his court order.

The Left party demanded the government keep the transfer order in abeyance to reinforce the confidence of the people in the judicial system.

The All India Lawyers Union (AILU) also expressed their dismay and objected the transfer of Jt.Muralidhar from Delhi HC to P&H HC. The statement released by the General Secretary of the AILU read as below:

“Justice Muralidhar transferred from Delhi high court to P&H high court. Notification comes at “appropriate” time.An illustrative case of stark violation of independence of judiciary from with in and with out ,reflective of present position of Indian judiciary.

Yesterday as Supreme court was not inclined to entertain any Application for intervention in the matter of Shaheen Bhag saying that court didn’t want to enlarge the scope of the Special Leave Petition our application was also not entertained. But bench of Justice Sanjay Kishan Kaul & Justice K M Joseph observed that unfortunate things are happening and lack of independence and professionalism for the police makes the situation worse.

Justice K M Joseph with great anguish observed that had the Police acted timely and independently without waiting for orders, lives could have been saved and communal mob violence stopped. “Lack of professionalism of the Police is the main problem here. If you not allowed people to get away after inflammatory remarks, all this would not have been happened. If you act the way the law require to act,you will see the difference. “

Any how as some body pointed out that Delhi high court is seized of the matter we are all directed to approach the high court which scheduled the hearing at 12.30 pm. immediately
we moved our application for intervention & directions with all photographs of mob violence before the High Court of Delhi.

High court bench presided over by Justice Muralidhar also expressed the same feeling of anguish expressed by justice K M Joseph and retorted Solicitor general Thushar Mehta when he vehemently defended the non-registration of FIRs on allegations of inflammatory hate speeches and incite to violence by BJP leader and Union Minister of State Mr. Anurag Thakur, BJP leader Kapil Mishra etc “What is the appropriate time Mr.Mehta for registering FIRs?”.

The conduct of Solicitor General before the court was not of a law officer representing the UOI when he vehemently defended non-registration of FIRs against the afore said persons submitting that there are inflammatory speeches by the other groups also.

Jt. Muralidhar told that Delhi is burning and we will not let 1984 to be repeated and to register FIRs acknowledging the crime when prima facie cognizable offences are made out as seen from video clips played in the open court is the bounden duty and responsibility of the Police. Timely registering of FIRs would have given confidence to the people that hate / inflammatory speeches will not be permitted. Delay in registering FIRs against persons making inflammatory speeches coming under Sec 153A of IPC is the urgent need of the hour or otherwise there would be spiral of such inflammatory / hate speeches.

Ultimately court directed the Special Commissioner of Police who was personally present in the court to take a conscious decision on registration of FIRs and posted the matter on 27.02.2020 for reporting the action taken and further orders. Sr. Advocate and General Secretary of AILU PV Surendranath appeared for AILU Delhi Unit, the intervenor.

Despite the fact it’s a part heard matter when the cause list of 27.02.2020 published in the evening of 26.02.2020 the matter is seen posted before the bench led by Chief Justice.
And in the night of 26.02.2020 notification transferring Jt.Muralidhar from High Court of Delhi to High Court of Punjab & Haryana comes.

Jt. Muralidhar is one of the finest judges of High Court of Delhi. He has penned number of important and historically flagged judgments. He was member of the HC bench that first legitimized homo-sexuality in Naz Foundation case in the year 2009. He led the division bench that convicted the members of UP Provincial Armed Constabulary (PAC) in the Hashimpura massacre case and Sajjan Kumar’s case in the matter of anti-sikh riot of the year 1984.

This sort of arbitrary transfer of judges would only cause shaking of trust and confidence of the people in the judiciary. It is against the interest of judiciary and will not serve any public interest. The transferring of judges selectively when their judgments are not palatable to the government in office would shatter independence and accountability of judiciary. Independence of judiciary is part of basic structure and basic features of the Constitution of India.

All India Lawyers Union expresses its protest and objection in strongest terms against transfer of Jt.Muralidhar from Delhi HC to P&H HC.”

All set and done, the post-haste implementation of the transfer appears to be a selective response for what unfolded in the Delhi High Court yesterday. The fact remains that the Bench headed by Justice Muralidhar called the bluff of the Delhi police in trying to shield the hate speeches of top BJP leaders in Delhi in the course of the Delhi assembly election and after.