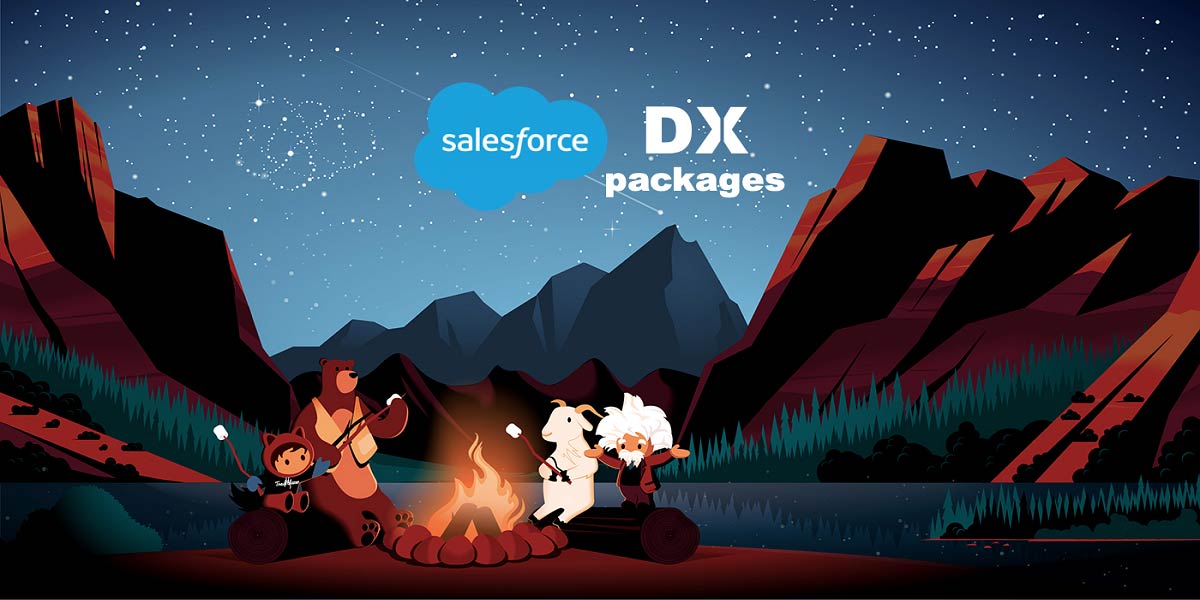 The long-term meteoric rise of Salesforce has further given rise to an all-inclusive platform that is now capable of living up to the no-code software promise. The enterprise users do not have to deal with the on-premise legacy software anymore and do not have to bear the substantial up-front costs. Instead, they can have a platform that can be migrated quickly and grow with the needs of your business and market demands. Many businesses have successfully used it to get substantial results.

At the initial stages, there was a misassumption that the no-software approach means there is no need for any software development lifecycle by having Salesforce. But like any random software which powers enterprises to function more effectively and quickly, Salesforce also needs rigorous and intelligent change management to make sure that the changes made are communicated effectively to the developers, implementation teams by building and configuring these correctly. These also need to be tested and verified to ensure that it matches the exact business requirements and end-user needs.

All the above requirements are now being covered under the change management fall under the release management of Salesforce. With this SF DevOps or DevOps for Salesforce is a whole new game plan. DevOps in Salesforce is different from all other available platforms. All essentials of it boil into a single part of develop-release cycles, which is still manual in most cases. The cut can also be automated effectively. Considering automation, the four major areas which target automation are:

Releases through continuous development (CD), continuous integration (CI) as well as repeatable deployments. This cover is tracking the org changes, conducting unit testing, proper and timely backup, etc. Salesforce can remove a lot of complexity out of the DevOps processes. Managing the infrastructure, ensuring scalability, suitable hosting, and conductions of tests are the responsibility of operations traditionally. But, when it comes to the DevOps development approach with effective collaboration of development and operations, all these are handled by the platform itself.

We can see that things are mainly changing in the Salesforce ecosystem and especially with the introduction of the latest Salesforce DX. However, many of the Salesforce teams are still behind the actual industry curve in terms of adopting the most advanced and robust DevOps practices.

As we speak about the Salesforce teams, especially those who struggle with increased complexity, the cry is for the best practice approach to SF DevOps in terms of the end-to-end software development life cycle. The most important thing to understand is how development-operations teams work together and what software development lifecycle of each enterprise demands. By knowing this, you will quickly figure out the pain points and ways to adapt to address those issues.

When it comes to DevOps or any similar solution, the ‘best practices,’ as shown in the subtitle, is a lure, which we believe is a one-stop solution to all existing challenges. But, one should know that there is a spectrum of industry best practices. You should identify and implement those parts of it that are going to offer you the best immediate and long-term return on investment alongside laying a strong foundation for your enterprise application to build upon.

The Concept Of DevOps

As we can guess it right, the DevOps got derived by integrating development and operations, the two processed which historically worked in isolation, but aimed to fulfill each other’s needs. DevOps is now more about strategies than technology, which is about developing an organization’s culture and the teams’ mindset. In traditional IT enterprises, operations and development teams have different objectives and performance indicators to watch for.

As the scope for doing automation in development, testing, or deployment is vast with advancements in technology, making it achievable to combine the dev-ops processes with a broad set of tools. By breaking down the silo, teams can now be empowered to fail faster and reduce the waste to build the leaners and instantly react to the market changes with DevOps culture.

Irrespective of the technology various enterprises use and the development team skillsets, the shift to DevOps will involve a complete cultural upgrade, which may initially be felt uncomfortable to many. DevOps is anew patch in which the developer and operations teams need to work together more closely to realize the opportunities and benefits quickly aby considering the technology changes. The actual pace at which this change in pace is realized is getting increased day by day. However, this increased pace may also sometimes include the “fear about the unknown” in the growing corporations, which tend to move out of the employees’ comfort zone.

For the risk-averse conventional organizations, this may be a tough pill for them to swallow like insurance providers or financial services, etc. However, it is not the same in the case of all. Instead of identifying this cultural shift, the project fails with extensive functionality, taking a lot of time to implement and the subsequent blame game associated with it. The problems are mostly the things to get fixed, and the change may come about more quickly through the proven processes and techniques like continuous integration.

In fact, by increasing the deployment frequencies, the scope of change in each of these deployments are reduced. One can quickly sell the benefits of such a process, which is increasingly tested and optimized with low risk on changes. The internal and external customers become functionally faster with this approach. The bugs get fixed quicker, and the ultimate goal of continuous delivery is that the go-to­-live releases are of the lowest possible risks.

Ultimately, by embracing the latest culture of smaller and frequent releases, the risk is reduced, and the fixes and features are done much quicker. The pipeline for deployment can also be refined and enhanced through continuous development and continuous integration. As an application development and the feedback loop get more tightened, the enterprise teams can also become more collaborative and transparent.

How to Boost Your Company’s Social Media Presence?

The Essence of Industrial Data Communication – A Must Know

How To Find The Path For Your Life?