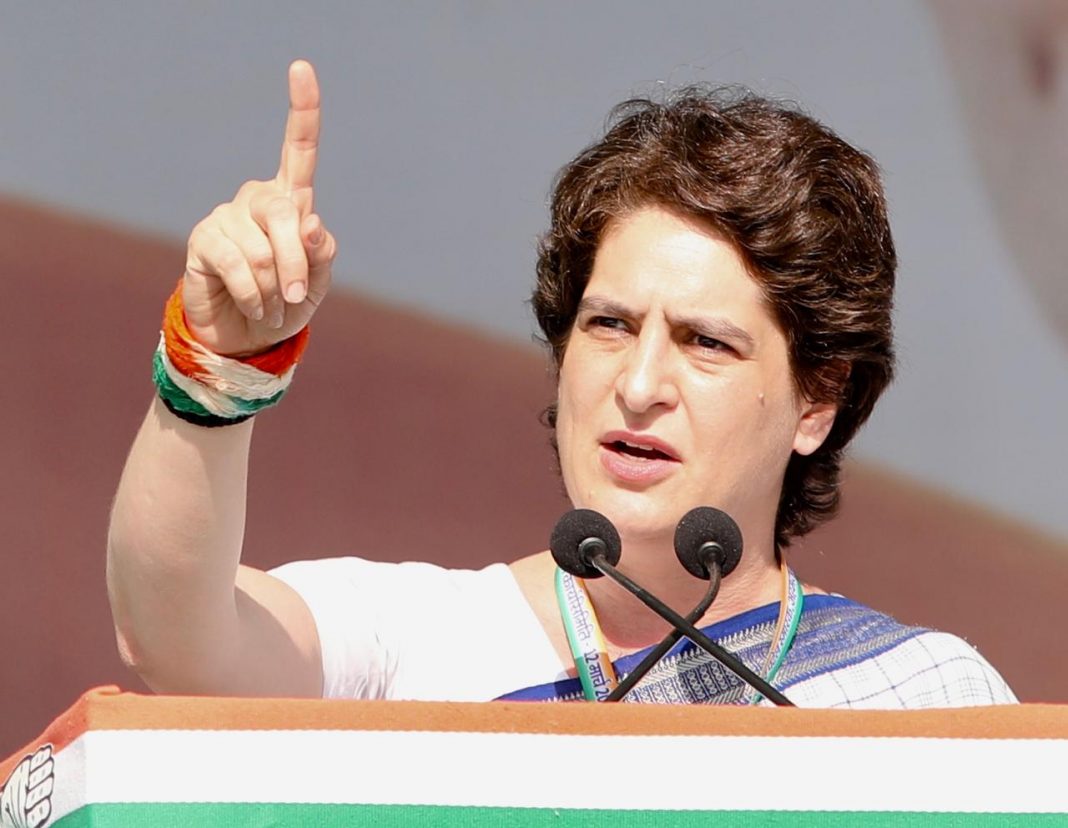 Harping the importance of the April-May 2019 national elections, Priyanka drew parallels with the Independence movement of India.

“Think and decide – those who talk big in front of you, where are the jobs they promised? What about the Rs. 15 lakh in every bank account that they talked about? What about women’s safety?” she pointed at the rally in Ahmedabad,

The venue in Gandhinagar had set out giant cut-outs of the former Prime Minister, Indira Gandhi, reminded many in the crowds of her striking resemblance to her Grandmother.

At an earlier rally, also in Ahmedabad, the PM  had said: “Chun chun ke hisab lena mera fitrat hai. (It is my nature to avenge every wrongdoing)” The words were directed at Pakistan, days after India sent its fighter jets to bomb a terror camp in Balakot across the border.

Priyanka Gandhi said, in the next two months “they” will raise all kinds of issues. “Ask the right questions, this is your country. You have to guard the country,”

“This is nothing less than the independence movement. Our institutions are being attacked, hatred is being spread everywhere. There can be no bigger thing than guarding the country and moving ahead together.”

This was Priyanka Gandhi’s first-ever political rally outside the Gandhi family borough  in Uttar Pradesh and her debut in the Congress Working Committee (CWC) meeting earlier today. Mrs. Vadra had campaigned only in Amethi and Raebareli in UP, this was her first election outing.

Priyanka Gandhi was the star speaker at the rally; the moment she stopped, many started leaving the rally. The game has just begun and it needs to be seen if this STAR will bring about a change in fortune of the Congress Party! Election 2019 is Game on!