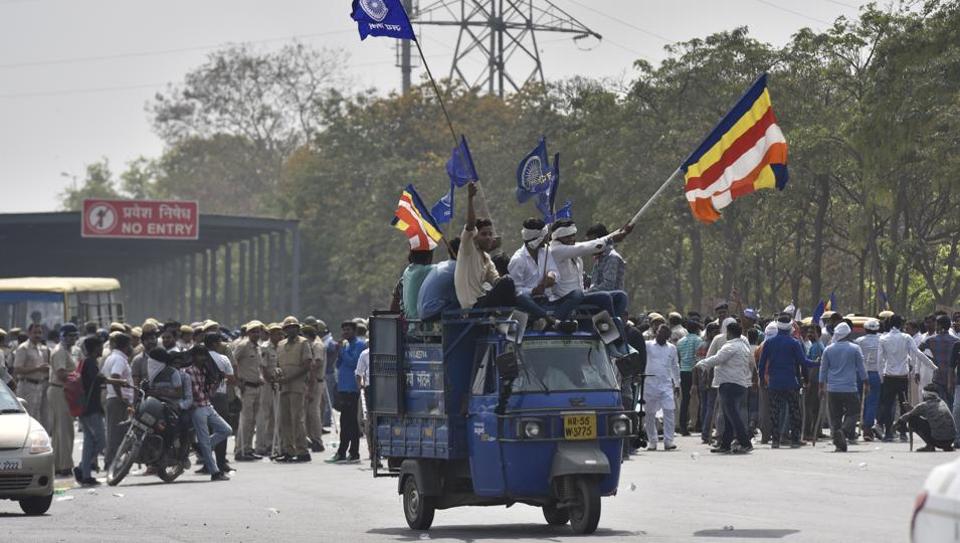 The mutual rivalry and competition of the political parties is both good and necessary for a healthy democracy. In a parliamentary democracy, the role of the opposition is extremely vital. It is expected of it that it would prevent the government of the day from becoming despotic and cooperate with it in matters of public and country’s welfare. But unfortunately, it is not happening and the situation has come to such a passé that the hedge itself is devouring the fields.

It would not be improper to say that since independence, opposition has never been so ineffective. The biggest problem is that the opposition does not know as to what does it want? Its ambition and desire to capture power is understandable but for that, it has to go to the people and ask them as to what do they want?

In the preceding four years, the opposition has lost elections in 15 states but its leaders keep on parroting that the people of the country have become disenchanted and disillusioned with Prime Minister Modi. It was said after Demonetisation that the Modi era was over and when GST was implemented, it was said that the people would uproot the BJP lock, stock and barrel but it is not rocket science to understand as to who was uprooted.

Today, the conditions are such that the parliament is not functioning and the opposition is threatening to move no-confidence motion against the government but is itself stalling the house. Thus, it is very tough to understand what does the opposition want?

It is deplorable to say the least that the Supreme Court is being into this no holds barred ugly fight between the ruling dispensation and the opposition. Preparations are on in full earnest in bringing an impeachment motion against the Chief Justice of India for narrow and dubious political gains.

This ragtag coalition is led by the Congress and it has no reasonable answer as to why it is not letting the parliament function. It is generally observed that the government tries to avoid discussion on important topics but here, the opposition is hell bent that no discussion takes place.

The latest example of the plight of politics in the country is the sponsored Bharat Bandh and the resultant violence to protest the Supreme Court’s verdict on SC/SCT Act. No grievance or complaint of a group can justify its acts of violence but the refusal of the political parties to criticize the violence on 2 April informs us of the nadir which the politics in India finds itself in. The issue of reservation and the security and welfare of Dalits and the forest dwellers has become a political football for political parties. In this context, the steps taken by the governments in the past were taken more in keeping their own political interests in mind rather than the welfare of this category.

The V.P.Singh government amended this law and the provision made that the perpetrator would be arrested immediately on registering the complaint. Doing this, V.P.Singh’s gaze was fixed firmly on the Dalit vote and he wanted to break the base of the Congress and the BJP and craft a social equation for his party, the Janata Dal. It is exactly for this reason that the portrait of Baba Saheb B.R.Ambedkar was put up in the central hall of the parliament and he was posthumously awarded the Bharat Ratna, the work which was not allowed to be done by the Congress.

No one opposed what V.P.Singh did, not that they agreed with it but no one wanted to take the risk of political damage which would have surely resulted from the wrath of the Dalits.

A new chapter was added to the episode when in 2007, Mayawati became the chief minister of U.P. with full majority. Immediately after assuming the post, she amended the Act. It was said that in case of Dalit harassment, except for rape and murder, the case would be registered under sections of Indian Penal Code rather than the SC/ST Act. Besides, in case of rape too, legal action would be initiated only after medical report confirmed the same.

After a few months, another order was passed by her that if the complaint was found to be false, the case would be registered against the complainant itself. This law is still in force in U.P. But the question arises as to why Mayawati did so? By the coming of 2007, her slogan morphed from ‘Bahujan Samaj’ to ‘Sarv Samaj’ and non-Dalits too voted for her in large numbers; and she wanted to ensure their support. So she amended the law to do away with their complaints and keep them happy even if it meant going against the Dalit welfare, which she is claiming to uphold now.

In its order of 20 March, the Supreme Court said that a person can be arrested only if the complaint is worth following and that the complainant cannot be both, the lawyer and the judge. The Court did not make any change in any of the provisions of the SC/ST Act, then why this hullabaloo? This question too was answered by the Supreme Court when during a hearing on the review petition filed by the Union Government, the judges remarked that the people who are agitating on the roads, perhaps have not carefully read the judgement. They had been misled and misguided. This comment of the judges brings out the dark side of politics, especially of the type of politics indulged in by the opposition, on this matter. One must miss out on the irony that the person who brought many changes in this Act, Mayawati, is the biggest advocate of this agitation.

The people who obliquely supported the violence on the roads have no love lost for the Dalits but are more worried about their vote bank. Right from 2014, a large section of non-Jatav Dalits has been voting for the B.J.P. and this is the exact cause for the worry and tension of the opposition parties. The Dalits are being used for this politics.

To gauge their seriousness for the welfare of the Dalits, consider the fact that the issue on which nearly a dozen lives were lost, the political parties did not spare any time to discuss it in the parliament. The burning question is, will the country be run by the Constitution, Parliament and the Court or by violent agitation on the roads in the name of Bharat Bandh?