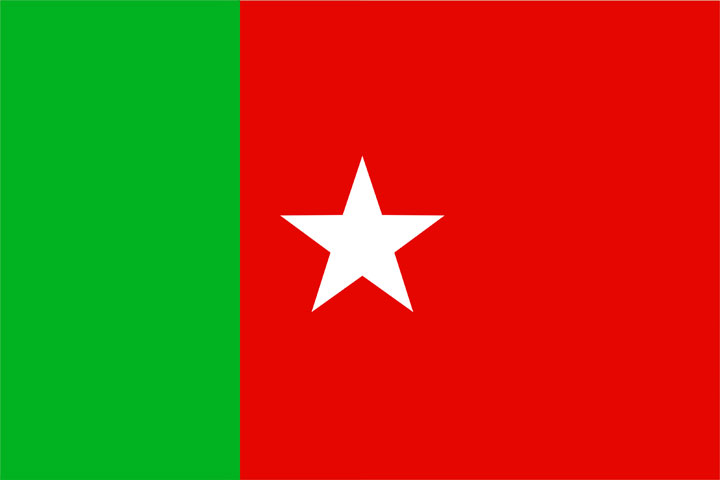 As elections season heats up in Karnataka, every party is scrambling to woo voters. Prospective candidates of different parties have already hit the campaign trail along with their group of supporters.

While both the national parties are yet to finalise their nominees, the regional outfit JD(S) has already announced its candidates for 126 seats. The list too could see some changes during filing of nominations. JD(S) is fighting the election in coalition with two other parties – BSP and NCP.

Apart from these three major political parties/alliance, there is another political entity, which has been struggling and fighting with little resources at their disposal for the last 10 years to make its mark. This party has slowly but quite effectively built a strong and a loyal cadre. The cadre has been both boon and bane. Boon, as it has helping the party to spread its roots and reach the remotest parts of the state; bane, because the same cadre is also alleged to have spread hatred and vitiated the atmosphere especially in coastal Karnataka.

According to party’s website, “Social Democratic Party of India (SDPI) is a peoples’ movement striving to bring back our country to its basic principles of democracy, secularism and human equality”.

SDPI was officially formed in 2009, with a vision of political empowerment to the marginalized sections mainly comprising poor, farmers, labourers, Adivasis, Dalits and Muslims.  The party has successfully built a leadership structure and is trying its best to spread pan India. SDPI has contested elections and have representatives in many local bodies in Karnataka, Tamil Nadu, Kerala, Andhra Pradesh, Goa, West Bengal and Rajasthan. To add to their kitty of success, their cadre worked on ground in Gujarat in favour of Jignesh Mevani, the firebrand independent MLA from Vadgam in Gujarat.

Having tasted political success in panchayat and local body polls in Karnataka, the SDPI in alliance with BSP fielded 24 candidates in 2013 assembly polls. This being their first attempt, fighting assembly polls, SDPI secured a total of 1,01,226 (one lakh one thousand two hundred and twenty six) votes. The highest number of votes secured by the party was from Narsimharaja (NR) constituency of Mysuru from where, the then state president Abdul Majeed gave a tough fight to four-time Congress MLA Tanveer Sait.

SDPI, has been nurturing their ambition for a maiden entry in Karnataka Assembly. In bid to consolidate their cadre and limited available resources, the party during November 2017 decided to fight polls only in four seats, three in Bangalore (Sarvagna Nagar, Hebbal, Chikpet) and one in Mysuru (NR).

Also read: It’s Do or Die Battle For Congress To Retain Karnataka

Recently, in a private conversation, a senior leader of the party reiterated that the party is fighting the assembly polls to win and for this purpose, they may fight on only two seats. The One obvious seat is NR in Mysuru, where the party secured second position in the last elections. To make the fight a winnable one, the party leadership has also approached the JD(S) leadership with a request to withdraw their candidate there, with an assurance that, SDPI will tacitly support JD(S) in a few seats. The party fancies there best chance here. However, a victory here will be a massive setback for the Congress as it has held this seat for over four decades. Tanveer Sait, a Minister in the Karnataka Cabinet has won four times from here. Earlier his father, Azeez Sait, held the constituency until his death in 2002.

The other seat which the party has shortlisted is Sarvagna Nagar. Party state president Abdul Hannan is trying his luck against another seasoned Congress politician and Bengaluru Development Minister K J George. This assembly segment has a high ratio of minorities and Dalits voters, the vote bank which SDPI solely depends on. The fight here looks more like a David and Goliath contest.

With a loyal and hardworking cadre in their ranks, the party fancies there best in 2018 Karnataka polls.