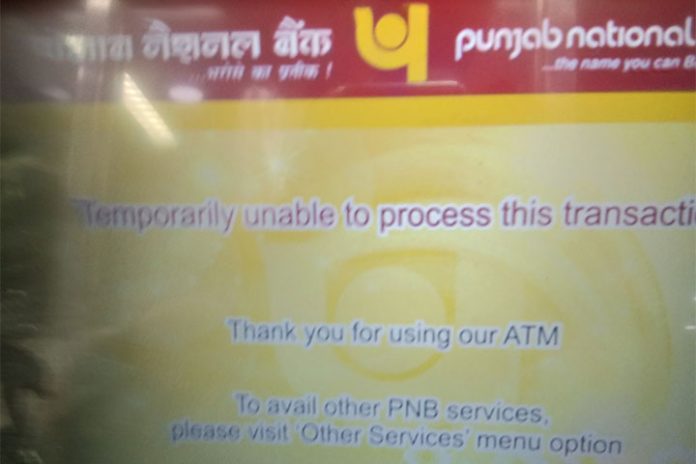 Finance Minister Arun Jaitley had reported to work on Monday, April 16, 2018, after a long medical leave. Having under gone a medical procedure for kidney ailment successfully, he now needs to fix the cash flow ailment which is snowballing into a major crisis much like the aftermath of demonetisation misadventure.

Responding to the media reports about the cash crunch, the Finance Minister accepted a “temporary shortage in some areas” and assured that it is being “tackled quickly”. He also said he has reviewed the currency situation and there was “more than enough” in circulation and in banks.

On ground, it’s far from what the FM reiterated, people have been complaining about a severe cash crunch in Karnataka, Maharashtra, Bihar, Andhra Pradesh, Rajasthan, Uttar Pradesh, Madhya Pradesh and Telangana. Some have twitted that there is shortage in Delhi too.

Jaitley said: “Overall there is more than adequate currency in circulation and also available with the banks. The temporary shortage caused by sudden and unusual increase in some areas is being tackled quickly.”

State Bank of India chairman Rajnish Kumar, speaking to media, has said the problem lies largely in Andhra Pradesh, Telangana, Karnataka and parts of North Bihar. “We will increase the circulation of 500 notes within five to seven days,” he said.

According to a friend, a resident of Hyderabad, “Almost every ATM he visited since yesterday has no cash or the ATM machines have a technical problem, the situation is same everywhere.” A person in Varanasi told news agency ANI, “ATM kiosks are not dispensing cash. We have visited 5-6 ATMs since morning. We need to pay for the admission of children and groceries.”

To verify whether media and twitterati were spreading lies, I decided to go on an ATM trail on Monday evening. This ATM trail was an impromptu exercise for a reality check on the enormity of cash crisis. I wanted to see if ATMs have really dried up.

I visited seven ATMs in and around Frazer Town, an upper middle class neighbourhood in Bengaluru. The first six, two Canara Bank ATMs, two SBI ATMs, one HDFC and another ICICI Bank ATM were all running out of cash. Finally could find an ATM of Oriental Bank of Commerce, were I withdrew some amount.

Going around checking all these ATMs took almost an hour, imagine the frustration a man in real need of cash could go through. On Twitter, in a reply to person who had twitted about the cash crunch, I twitted tagging Canara Bank, SBI and HDFC.

“I too faced the same situation today evening, 2 @canarabanktweet 2 @TheOfficialSBI 1 @HDFC_Bank 1 @ICICIBank ATM all with out cash. This in the heart of the city, Frazer town.”

Canara Bank replied to my tweet after about 12 hours;

“Dear Shaikh Ismail, we regret for such inconvenience. Kindly share us the location of the ATMs. Thank you.”

“Hi Ismail, we are sensitive towards such instances and are taking all steps to replenish the ATMs as soon as possible. We recommend all our customers to use the digital banking channels of our bank viz – Net Banking, Mobile Banking, Payzapp, Chillr, UPI, etc for all the banking transactions. -Bejoy ”

CPM general secretary Sitaram Yechury tweeted ATMs are dry but “only party flush with cash is the BJP”. “Seeing reports of ATMs running out of cash in several states. Big notes missing. Reminder of #DeMonetisation days. Is there a Financial Emergency going on in the country?” Bengal Chief Minister Mamata Banerjee tweeted.

An NRI friend in a casual conversation, hinted that the cash crisis could be a stage managed exercise to deviate the media narrative of the Unnao and Kathua rape cases.

Another twist to the cash crunch could be the upcoming elections. Whatever be the reason, if this cash crisis spirals beyond control, it could well damage the already beleaguered economy beyond reparation.