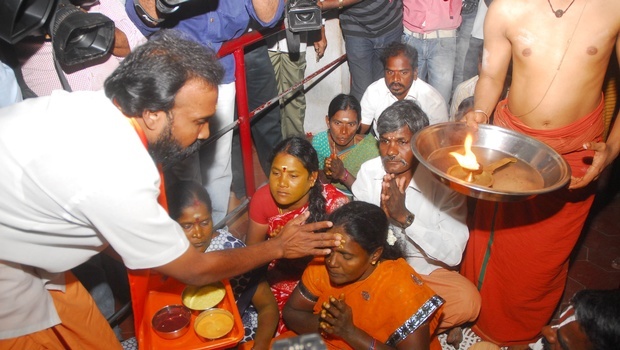 THIRUVANANTHAPURAM: “Ghar Wapsi” the infamous term that created many a political storms before is keeping itself alive through events and happening in different states. The latest being Kerala where the controversial reconversion drive launched by few Hindutva groups – is enticing the Dalit Christians to convert back to Hinduism.

According to the data published in the state government gazette, of the 1,335 persons who officially changed their religion in 2015, 660 were Christians who converted to Hinduism. It is mandatory for a person to publish a gazette notification to legalise the conversion. The figures stood at 780 and 402 respectively up to July this year. Over 95 per cent of the Christian-Hindu converts were Dalits.

Analysing the conversion trend, the New Indian Express found that Christianity suffered the most with 1,189 persons denouncing the religion during the past 19 months. It was followed by Hinduism, 840, and Islam, 85.

Shins Peter, former chairman of Kerala Converted Christians Development Corporation, said most of the Dalit Christians were ‘forced’ to return to Hinduism to avail reservation benefits.  “Despite the recommendations of Ranganath Mishra Commission and Sachar Committee report, successive Union Governments have failed to extend reservation benefits to Dalit Christians. In a sense, these are state-sponsored re-conversions,” he alleged.

Corporation managing director N Raveendran said the living conditions of Dalit Christians were poor when compared to that of the Hindu Scheduled Castes.

“Except education assistance and a 1 percent job reservation, Dalit Christians get no other benefits from the government,” he said.

The state-sponsored schemes for the Hindu Scheduled Castes include financial aid for housing, marriage and medical assistance.

Peter said the discrimination faced by Dalit converts in Christianity was also a reason for reconversions.

“Most of the converts feel that they are being treated as second-class members. The mainstream section will not make any matrimonial alliance with us. The number of Dalit priests in Kerala is also less. There are many instances of parishers opposing the appointment of Dalit priests,” he said.

He said some Christian cemeteries have separate burial place for Dalit Christians.

Former spokesperson of Syro Malabar Church Paul Thelakkat said the reconversions were mostly under the lure of reservation benefits. “Despite strict direction by churches, we have to admit that caste discrimination does exist. The Church views the issue seriously and efforts are being taken to ensure equal status for converts,” he said.

“Reservation is being provided to Hindu Dalits in a bid to compensate for the institutionalised inequalities. Since such practices do not exist in Christianity, the call for reservation for converts is absurd,” he said.