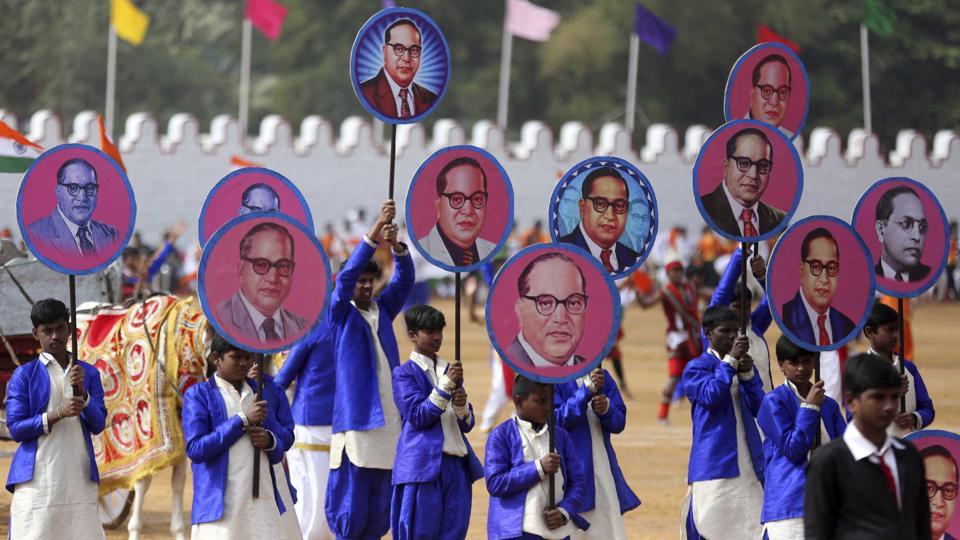 As a system, politics not only strengthens the society and the country but also moves them in the right direction. This system, right through ages, makes a society civilised, cultured and prosperous. But today, politics has become a weapon and is used as a means to reach the pinnacle of power. This distorted form of politics has a rich and prosperous past.

After Una in Gujarat and Saharanpur in Uttar Pradesh, this form of politics was recently seen in Bhima Koregaon in Maharashtra. These incidents have led to the rise of Dalits’ alleged new messiahs who can easily be witnessed as using them as a political pawn.

Such incidents also display the aim to reach the top of political pile anyhow by instigating public feelings and fuelling caste animosities. Some people are in such a hurry that they are ready to force the whole society into a class war. A movement has been launched to call Dalits as non-Hindus.

These people include Jignesh Mevani, Umar Khalid etc., the flag bearers of communism and false secularism and they are simply not bothered about any form of welfare of Dalits. They are using them for their avowed divisive aims. They used the Maharashtra caste flare-up to place the false concept of “Dalits Vs. Rest of Hindu society’ in public discourse which is based on the foundations of distorted facts and false history.

The subject of Bhima Koregaon is different and the people who have come up by making it an issue, they will eventually vanish with time. This movement cannot be compared to the movements of Periyar, Jyotiba Phule and Dr BR Ambedkar. Babasaheb was a lifelong critic of communism.

The thinking of Jignesh Mevani is outdated whose expiry date is long over. To quote an American politician,’ It’s about the economy, stupid!’ Today’s thinking is that more the size of economy more will be the intermingling of international relations which will lead to the strengthening of Dalit consciousness.

Mevani thinks that FDI will hurt country’s economy but this ideology is not Ambedkarism. It feels as if he is under the influence of secularism of the 60s while Ambedkar was in favour of friendship with USA.

Jignesh’s slogan of the government providing land to the Dalits is an old socialist slogan while Ambedkar exhorted Dalits to leave villages. He stressed on education, especially English education.

Today, 70 years after independence, caste system has been considerably weakened. Country’s economy is among the top five in the world. For the first time in the history of the country, Prime Minister Narendra Modi addressed the opening session of the World Economic Forum in Davos, Switzerland on 23 January 2018. So one can easily surmise that Jignesh’s so called movement has been propped up in order to ensure the failure of the policies which the Government of India has framed for the welfare of the Dalits.

Jignesh raises questions about Ambedkar’s ideology but in the recent Gujarat elections, he could win only with Congress’ help. If the Congress would have put its own candidate in his constituency, he would not have won. So, one must not read too much into his victory. Congress help and support in Mevani’s electoral win also proves that the party wishes to attract Dalits to its fold by using him.

The principal opposition party of India is using its communist partner in the same manner as the then Prime Minister Indira Gandhi used Jarnail Singh Bhindranwale to reduce the political influence of the Akalis. The results of this partnership are recorded in the dark annals of history.

In the same context, the unprecedented coverage by mainline media, primetime studios and news portals raises suspicions about the existence of self-dependent Dalit leadership of Jignesh Mevani. Till today, the mainline capitalist Indian media did not provide so much coverage in the initial days of struggle of any Dalit leader. After all, which revolutionary movement did he lead that every channel was doing a one-on-one interview with him.

It is an open secret that a one-on-one interview is done in visual media only when large political personalities attain something uniquely tangible in politics. It further raises suspicions that some well-established political party, along with mainline media and political organisations, is trying to plant Jignesh Mevani in the middle of Dalit movement and its leadership.

The Maharashtra incident cannot be viewed in the national context as it will be solved within its time and it will not affect the strong social fabric of the country. Jignesh is no Dalit stakeholder as his activities may or may not profit the Dalits and people will see through his game soon enough. For now, he is just a Dalit leader and legislator.

History has also been witness to the demise of such alleged messiahs. The first example which comes to mind is from the year 1972 when a group of youth founded a political party called ‘Dalit Panthers’. The specialty of this movement was its ideology which was a mixture of Ambedkarism and Marxism. But within a few years, the differences of the top leadership and the internal contradictions of the ideology made the movement lose its way and it was finished. Along with this, the lives of countless youth were destroyed.

The second example is the disarray in the ranks of a political party, which claimed to provide clean and alternative politics, is not hidden from anyone. The displaced, the exploited and the Dalits must get their rights but this cannot be done by dividing the society.

Dalits have to be provided education, health, skills, respect and employment opportunities as the country will progress only by developmental politics and not by caste based politics.