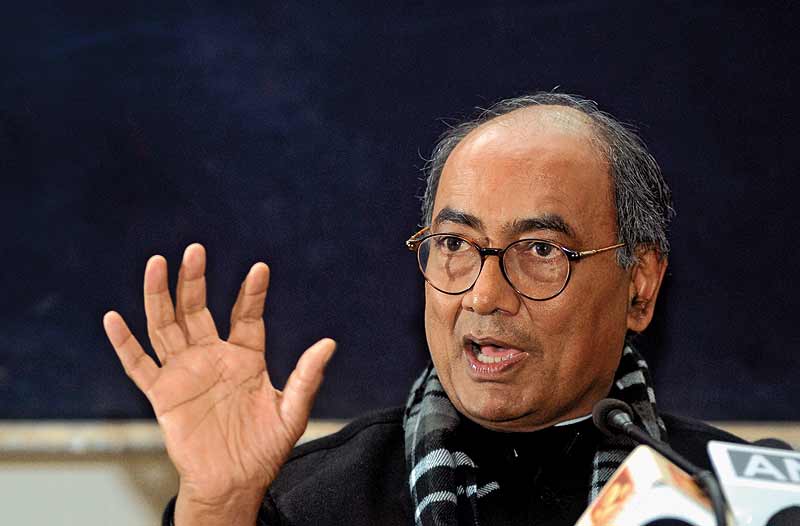 “The kind of statement PM is giving like ‘I have become helpless. Do not kill Dalits, shoot me.’ It does not behove of of any Prime Minister to give such statement. This kind of statement by a PM is a proof that he is so helpless,” Singh said outside Parliament referring to PM’s statement on Dalit community in Telangana.

Lashing out at fake cow vigilantes and warning them of stern action, Modi has said yesterday, “The Government will not tolerate atrocities or discrimination against Dalits. We should put a full stop to it. You can shoot me rather than target the Dalits.”

Questioning Modi for giving such statements outside Parliament when parliament is in session, the senior Congress leader said “You talk of Basudev kutumbakam (world is one).

But when akhlaq was killed by your men then why you remained silent.”

Continuing his attack, Singh said “On Una incident also, your so called love for Dalits would not have come to the fore had there not been so much agitation against the incident. In BJP ruled states these organisations going aganst Dalits have all support of the government.”

“In Jharkhand a Muslim boy was killed what action was taken after that? Where was the slogan of Vasudeb Kutumbakam?” he asked.

“That is why I am saying stop doing drama. If you want to protect everybody in the country then those indulging in these kinds of statements like ‘Ramjade Haramjade, those who are opposing Modi should go to Pakistan, those who want to eat beef should go to Pakistan’, then stop these people from giving such statements. If you are not been able to prevent them from giving such statements then quit the post,” he added