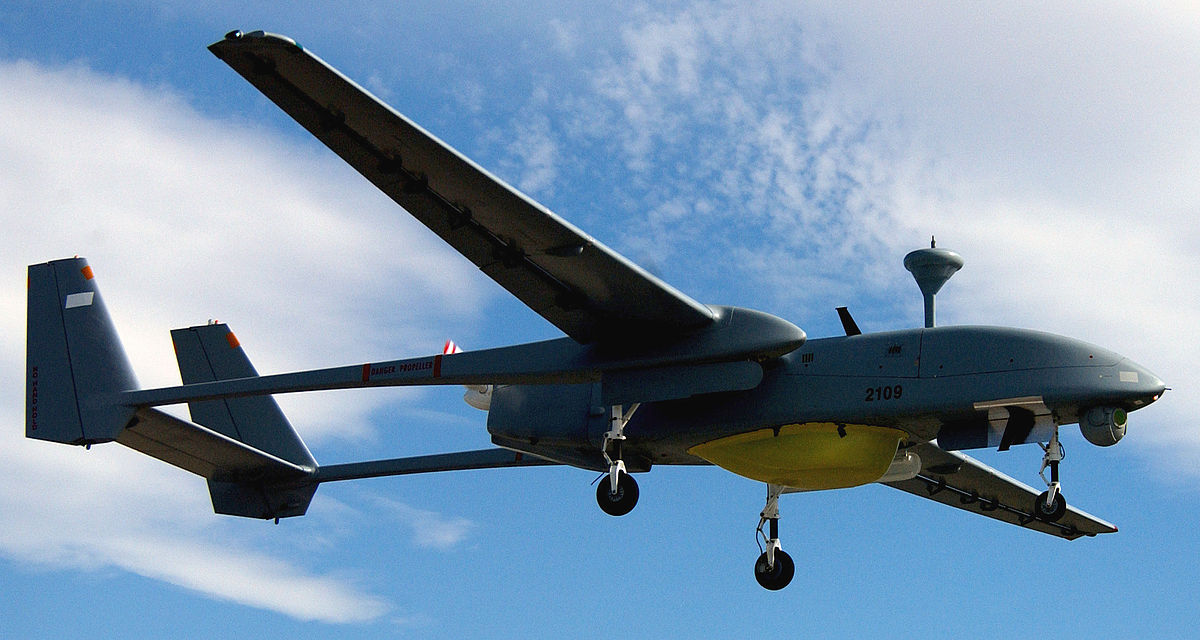 As Narendra Modi embarks on his 02 days visit to Israel, creating history by becoming the first Indian PM to visit Israel, India is all set to get 10 Heron-TP armed drones soon! Manufactured by Israel Aerospace Industries (IAI), the Heron-TP armed drones form part of a $400 million India Israel Defence deal that was quietly cleared by the Defence Ministry in 2015. In 2016, India became a member of the Missile Technology Control Regime (MTCR), paving way for it to acquire the Heron-TP drones. We take a look at some salient features of the drones and what role they will play in India’s defence preparedness:

The armed-versions of Heron-TP drones can detect, track and take down targets with the help of air-to-ground missiles.

The Heron-TP drones boast of all-weather capability and a “mission endurance” of around 30 hours.

According to IAI, the Heron-TP drone is capable of carrying a payload of over a tonne at an altitude of 45,000 feet. At Aero India 2017, IAI had showcased the MTCR-compliant Heron-TP XP drone – an export-variant of the Heron TP with broadly similar specifications. But, IAI has modified it to limit the payload to 450 kg.

“A large payload bay in the fuselage offers enough space for the carriage of large payloads and the platform provides adequate power and cooling to support simultaneous operation of multiple payloads,” says IAI.

Payloads for Heron TP can include electro-optical, infra-red or laser range finders with “high power optics” that can conduct intelligence, surveillance and reconnaissance operations.

The Heron-TP drone is autonomous. It can be supervised by a single operator without any need for an external pilot.

With Heron-TP drones being acquired, India’s defence preparedness against Pakistan and China will get a definite leg up. Says Air Vice Marshal Manmohan Bahadur VM (Retd), “Heron drones will reduce the sensor-to-shooter time greatly. With normal unarmed drones, you identify a target, but by the time you bring in a system to destroy it, the target has disappeared. Now, once the target is identified, it can be shot down immediately with the help of air-to-ground missiles.” “Additionally, because it (the drone) doesn’t have any pilot, there is no danger of casualty,” Bahadur tells FE Online

Status Of Indian Women – Seen Through A Critical Eye | Ser-1.2

Is Politics The Last Refuge Of The Scoundrels – India?