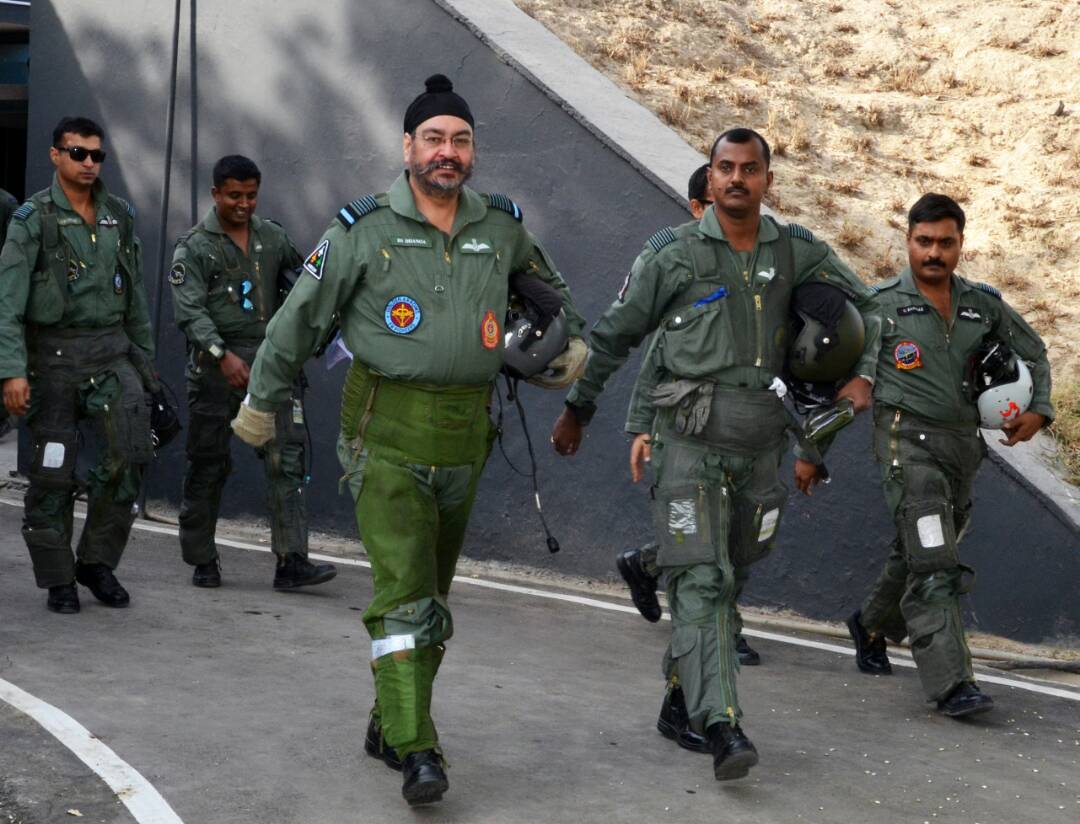 The Missing Man Formation flypast is an aerial salute accorded to honour the fallen comrades-in-arms. The Arrow Formation of MiG-21 Bison, with a gap between two aircraft in the formation depicted the – Missing Man. Later, in a simple, yet poignant ceremony, he laid a wreath at the Memorial to honour martyrs who made the supreme sacrifice in the line of duty.

Air Chief was on a three day visit to the station. It is here, while commanding the 17 Squadron Air Chief Marshal BS Dhanoa had flown the MiG-21 T-96 aircraft, currently the oldest fighter in the IAF inventory.

During his visit, the CAS also reviewed security and operational preparedness of the base. He complimented the personnel of the base for their combat readiness; and urged them to “learn from the past, practise in the present, and Win in the Future”.

Also Read: Time To Acknowledge The Sacrifices Made By Our Bravehearts

ABOUT US
News, Reviews, Surveys & Trends. N4M Media is your one stop, digital destination. We engage our audience with relevant & diverse content built upon journalistic excellence. Forward your articles, write-ups to [email protected]
Contact us: mail[email protected]
FOLLOW US
© All rights reserved, 2020. news4asses.com, N4M Media Network
Go to mobile version