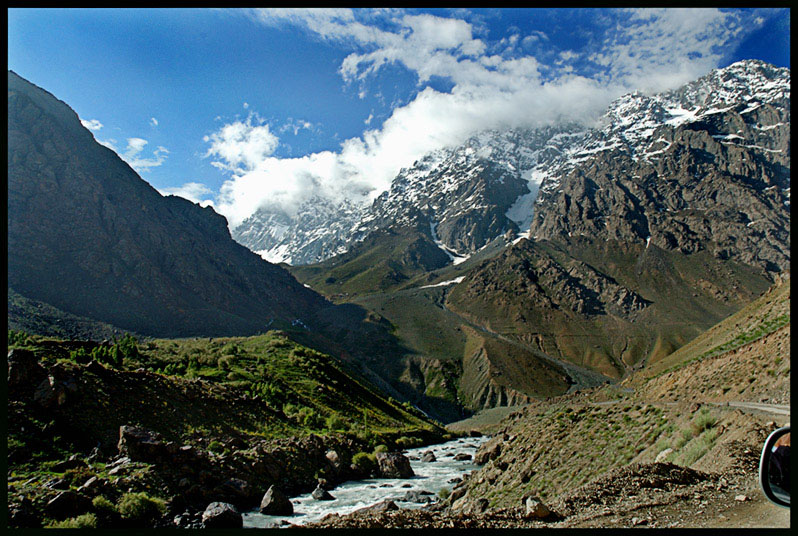 Article 370 Scrapped. India today scrapped the Article 370 of the Constitution of India, which granted special status to the restive state of Jammu & Kashmir.

Union Home Minister Amit Shah said in the Rajya Sabha today that the government has decided to repeal Article 370 of the Indian Constitution.

The Gazette Notification, Govt Of India: 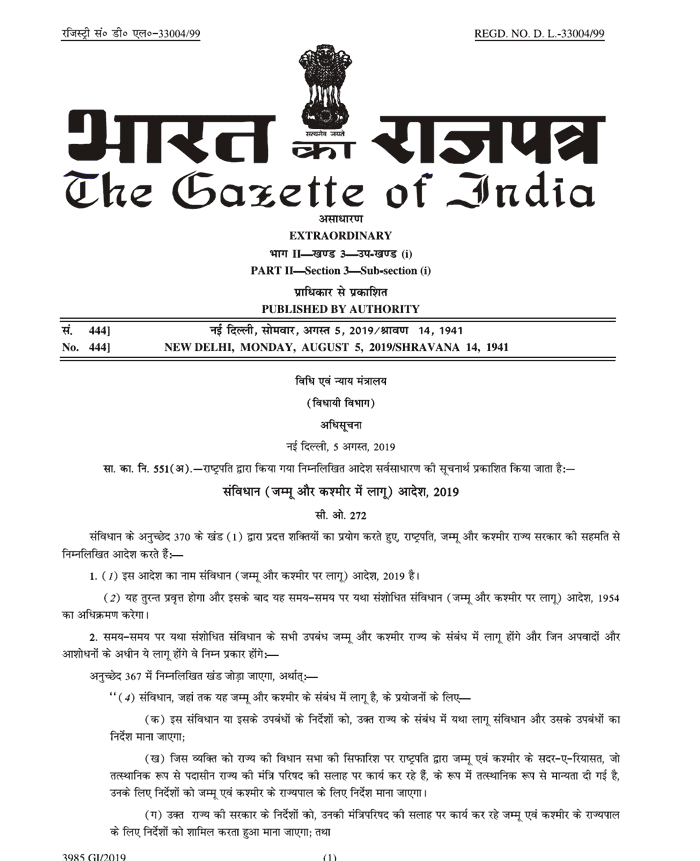 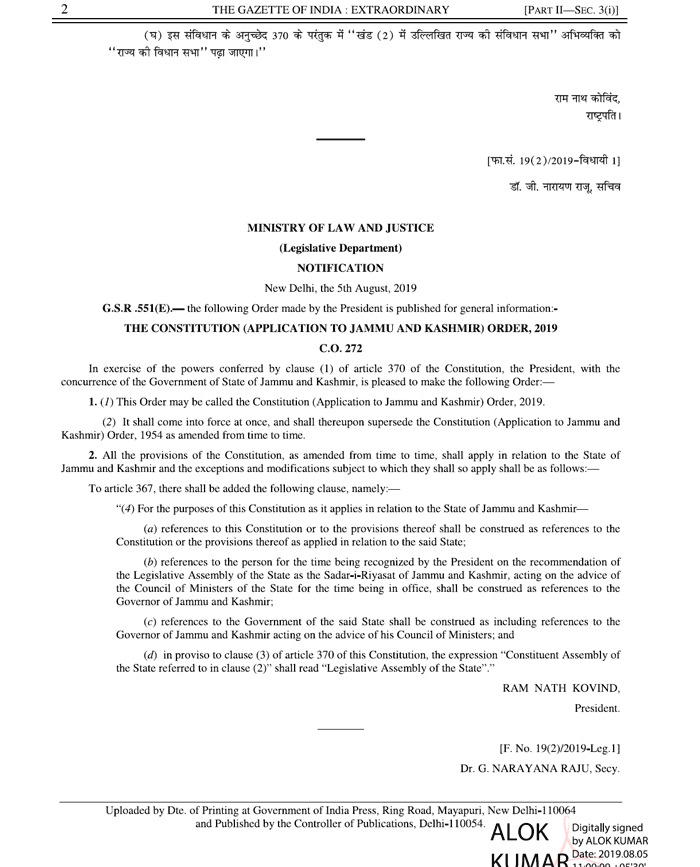