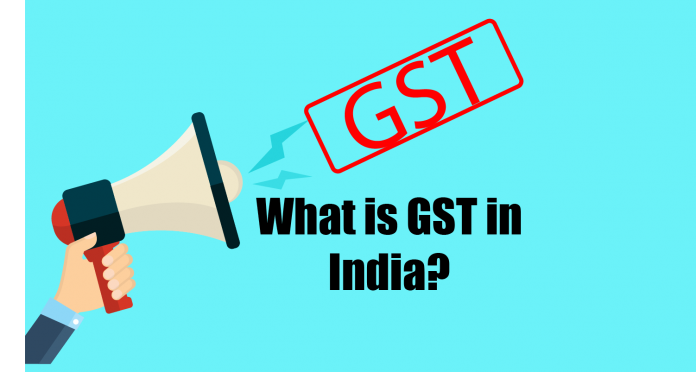 The Goods and Services Tax Act, passed on March 29th, 2017, is one of the most historic and pivotal acts that have revolutionized the Indian economy. The GST replaces numerous indirect taxes that existed previously in India making it a multi-stage tax. GST is comprehensive and destination-based, which is taxed on every value-adding step in the process of producing a good.

The slogan the Government used to promote this Act back when it was introduced is ‘One Country, One Tax’. This refers to how GST got rid of many indirect taxes and united the country’s taxation policies with a single indirect tax.

What are the Components of GST?

GST did eradicate many indirect taxes, but the tax in itself has three components under it, which are as follows:

The State government collects this tax. SGST is applied to all the collections made by the State Government.

Collected by the Central Government, the IGST is levied on all transactions that occur between two states. All interstate sales will be taxed by the Government, and so will the movement of a product or service across the boundaries of two states.

What is the GST network?

The GST Network is a non-profit NGO that manages the entire IT system behind the portal that forms the base of all GST processes and tasks. The GST Network operates the base through which the tax department tracks all transactions and trade that occur in the country. The GST Network also provides the citizens of India with all the information about the GST.

What is the GSTIN number?

What are the Advantages of GST?

Before the implementation of GST, taxpayers in India were subjected to many indirect taxes on each product they purchased. This meant taxes on taxes on goods and services, which resulted in a large amount of tax to be paid on each bill. With the advent of GST, which is a single united tax in the place of many indirect taxes, the burden on the Indian taxpayer has lessened.

The VAT structure dictated that all businesses with a turnover above a threshold of Rs. 5 lakhs (this varies from state to state) were liable to pay VAT. But the GST increased this threshold to Rs 20 lakhs, thereby exempting several small business owners and service providers from heavy taxation. This has boosted the economy and promoted small start-ups. The Composition Scheme introduced under the GST also allows small businesses to apply for the lowering of taxes, given that their turnover is between Rs. 20 to Rs. 75 lakhs.

The taxation process under GST from beginning to end can be completed online. This has made GST more accessible to many Indians across all areas of business. It has made lives more comfortable for those who cannot spare time to travel from office to office, paying off each tax their business incurs. Digitization has also sped up the tax payment process, making taxation more efficient and precise. It is effortless to check your GST registration status online, and other processes too. To check the GST registration status, you have to go to the GST Portal and enter the ARM you receive when you apply for the registration. In a few minutes, the GST registration status will be displayed on the screen.

The obscurity with which the previous tax structure handled e-commerce operators such as Amazon or Flipkart led to many problems across the country. The GST structure outlines how such goods and services are to be taxed at each stage, avoiding complications that took place on inter-state levels.

What are the Disadvantages of GST?

1. The Novelty of the System

Because the shift to a new taxation system is sudden and jarring, many businesses across the country, especially those that toe the line between the organized and the unorganized sector, will find it hard to grasp the new process. Not all business owners will be good with technology. The fact that the entire system is digitized is definitely an advantage on many accounts. Still, we should keep in mind that literacy in technology in India is relatively low. Further aggravating the ignorance of the new Act is the fact that it was passed in the middle of a financial year.

The GST Network can be a bit tricky for the average citizen to maneuver, and even the small task of checking the GST registration status is a task for someone who does not know their way around computers.

Businesses are known to employ professionals to manage their taxes. Because of the unfamiliarity of the new procedure, many companies will be forced to avail the services of tax professionals and outsource the calculation and handling of taxes. This will cause an increase in the budget spent for operations across all areas of business. Furthermore, many companies will have to spend a lot of money educating their employees on the new GST structure to ensure that each employee is compliant with the new taxation system.

Businesses having software to calculate their taxes are now useless because of the change brought about by the CGST Act. Purchasing an entirely new software for this purpose and training their employees on how to use it will lead to further increase in expenditure for many firms. Several software developers have already come up with new software to calculate and manage GST, however, not many businesses have access to those.