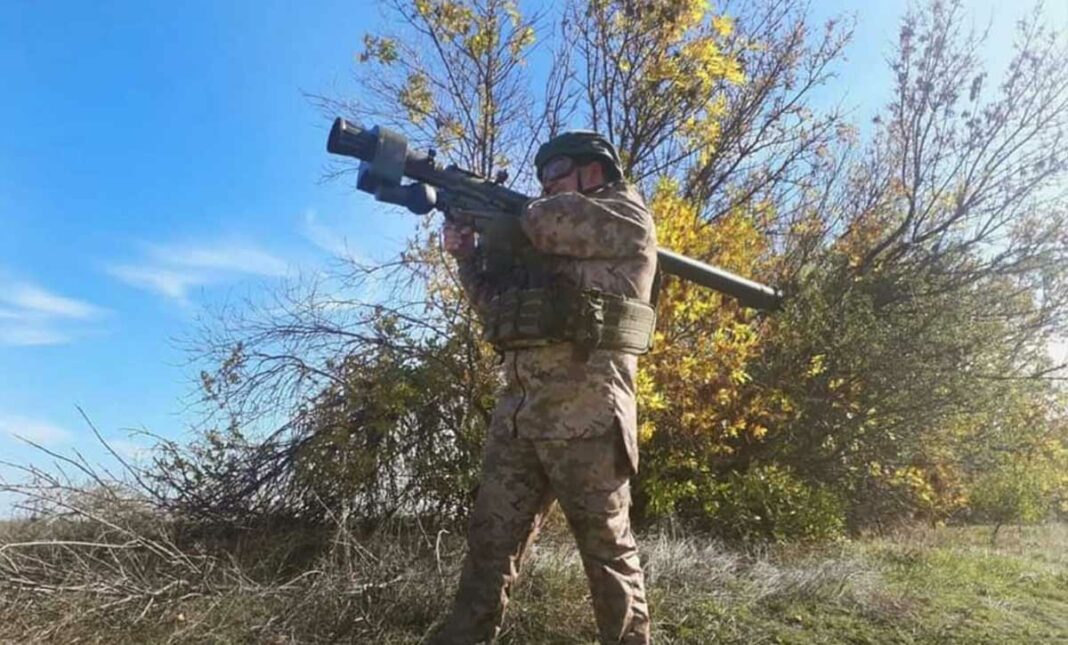 Hungarian Defence Minister Krysztof Salay Bobrovnicki says that the NATO multinational battle-group established in Hungary for deployment in the Ukraine conflict has reached full operational readiness. This is, however, only half the story. Regulars in disguise or otherwise plus mercenaries of NATO and the US-led Anglo-Saxon alliance have been in Ukraine much before the Russian special operations began in Ukraine in February 2022. Since the US-engineered coup in Ukraine by America’s Obama Administration in 2014, these forces have been involved in engineering genocide in the Donbas region to instigate Russia and imparting training to Ukrainians for converting them into NATO-Nazi half breeds. That is why the Ukrainian army’s Azov troops proudly display NATO and Nazi flags.

It goes without saying that the US knew the time-table of Russia launching the operations in Ukraine and would have war-gamed the progress of the conflict at least for the first few months. Accordingly, the graded package of aid and weaponry to be supplied to Ukraine would have also been worked out in advance. The leader of America’s private military company (Blackwater – now called Constellis) was camped in Ukraine for liaison with Ukrainian officials before the operations began and were later inducted to provide full operational and logistics support across the country.

The US had special interests in Ukraine and the conflict against Russia was long-term planning by the US administration. Some 60 percent of agricultural land in Ukraine is owned by US companies. Multiple bio-weapon labs in Ukraine have been researching and storing dangerous pathogens under US supervision under a US-Ukraine agreement in 2005. Joe Biden, the current POTUS has had family business interests in Ukraine. Hunter Biden, who Joe Biden had to acknowledge as his son, was earning $50,000 per month from just one Ukrainian company even when Joe was Vice President of America.

Installing comedian Volodymyr Zelenskyy as the president of Ukraine was another masterstroke by the US. His character would have been analyzed earlier because he fits America’s requirements perfectly; aggravating genocide in the Donbas region, allowing his country as the US proxy, bloodbath of thousands, millions of refugees and prepared for the ‘last man standing’ to fight Russia as the US propaganda paints him the hero on the winning (?) side. Joe Biden telephones his darling pet Zelenskyy periodically for a reason; because he boosts the economy of America and business of his son.

Zelenskyy’s recent trip to Washington DC was engineered by the Biden Administration, as was his address to the joint session of the US Congress. In contrast to his extempore flamboyance from his comedy show days, Zelenskyy read the script given to him (obviously by the Biden Administrations) slowly and pausing as per punctuations in the script to enable the audience to get up and applause.

Zelenskyy claimed to have defeated Russia in the battle for minds of the world, calling it an “American Victory”.  He said Ukraine holds its lines, will never surrender and 2023 will be a turning point. This was apparently on Biden’s promise of supplying the Patriot air defence missile system and other advanced weaponry to Ukraine. So Zelenskyy spoke of American Patriots stopping Russians and Ukrainian patriots (military personnel) defending freedom.  He also blamed Iran for helping Russia and said that if Russians are not stopped, it is a matter of time when they will strike against other American allies – this more than confirms that the script was prepared by the Biden Administration.

Zelenskyy termed the financial assistance to Ukraine not charity but an investment in the global security and democracy and said that restoration of international legal order (as dictated by America to further its national interests) is a joint task. Much more was said by him in line with the ‘three bags full’ for America’ and referring to the words of former US President Franklin Delano Roosevelt, he said that Ukraine will win the war.

Zelenskyy has helped the US tame Europe despite the Ukraine conflict severely damaging the European economy. Conversely, the US arms industry is booming and it is raking in billions of dollars by selling oil at high prices. In addition, a large percentage of the aid and financial assistance to Ukraine is recycled back to the US – as was happening in Afghanistan. That is why Ukraine would not have to pay for even the Patriot systems to be supplied by the US. That is why a suited-booted Biden rushed across the red carpet to hug Zelenskyy in his brown fatigues. Biden even posed for an epic photograph facing the Washington memorial with the first lady and Zelenskyy, with the first lady’s hand on Zelenskyy’s back and Biden’s on Zelenskyy’s rump – like petting the pet pooch.

Russia has said that new weapon deliveries will aggravate conflict and that Russia will be able to destroy the American Patriot missile systems. So the war will continue to rage on with Zelenskyy continuing to attack the Donbas region and Russian military bases on America’s bidding and the Russians slamming Ukraine’s power grid, military and military installations. The US will continue raking in billions of dollars plus grain exports from US owned land in Ukraine. American propaganda of continued Ukrainian victories will also continue, without talking of Ukraine’s losses and Ukrainian war crimes – as is happening despite evidence.

The rhetoric that the US wants peace in Ukraine is bullshit and Zelenskyy is towing the US line. On one hand he says that Putin does not want peace and then says Russia first needs to vacate Crimea and the Donbas region – this despite Luhansk and Donetsk having opted for independence through democratic voting. Zelenskyy’s so-called peace plan not only demands Russian pullback from Crimea and Donbas but also formalizes NATO presence in Ukraine through a so-called international presence. Moreover, Zelenskyy wants Putin to speak to him rather than opening dialogue. These are all non-starters, which will not be accepted by Russia.

The author is an Indian Army veteran. Views expressed are personal.