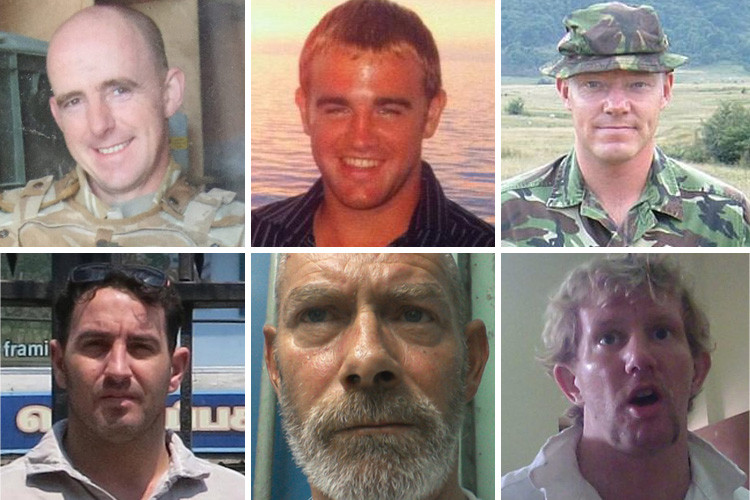 The friends and relatives of six former British soldiers lodged in a Tamil Nadu jail today lobbied MPs in the UK Parliament before handing over a 405,000-strong petition to 10 Downing Street to help secure their release.

The ex-soldiers were arrested on October 2013 and sentenced for carrying arms on a commercial ship.

They were held while working for an anti-piracy security company protecting commercial ships off the coast of Africa in the Indian Ocean and have pleaded their innocence ever since.

“It’s now four years since our loved ones were wrongly incarcerated in India. These last four years have been sheer hell for everyone concerned, particularly for the men who were imprisoned while carrying out a vital, legitimate job in anti-piracy,” said Joanne Thomlinson, whose brother John Armstrong is among the six former soldiers.

“We hope that today we can raise the profile of this miscarriage of justice even further, so that we can get the government to take a more robust stance against this injustice,” she said.

Indian coastguards boarded their vessel, the MV Seaman Guard Ohio, and arrested them along with 29 other crew members for taking weapons into India’s territorial waters.

The charges were initially quashed when the men argued the weapons were lawfully held for anti-piracy purposes and their paperwork, issued by the UK government, was in order.

But a lower court reinstated the prosecution and they were convicted in January last year and sentenced to five years in jail.

Since then there have been a series of appeals, including British Prime Minister Theresa May raising the matter with Narendra Modi during her visit to India in November 2016 as well as Britain’s High Commissioner in India, Dominic Asquith, visiting the men in jail in Chennai.

Also Read: Is India Obligated To Offer Home To Rohingyas

The sailors were aboard the American-owned Seaman Guard Ohio, which reportedly offered armed protection to vessels sailing through an area known as “pirates’ alley” between the Indian Ocean and the Red Sea.

Customs officials and police found 35 guns, including semi-automatic weapons, and almost 6,000 rounds of ammunition on board the ship, which allegedly did not have permission to be in Indian waters.