Home Entertainment Sports Today Mohammed Shami’s Wife Is Attacked, Tomorrow It Can Be You 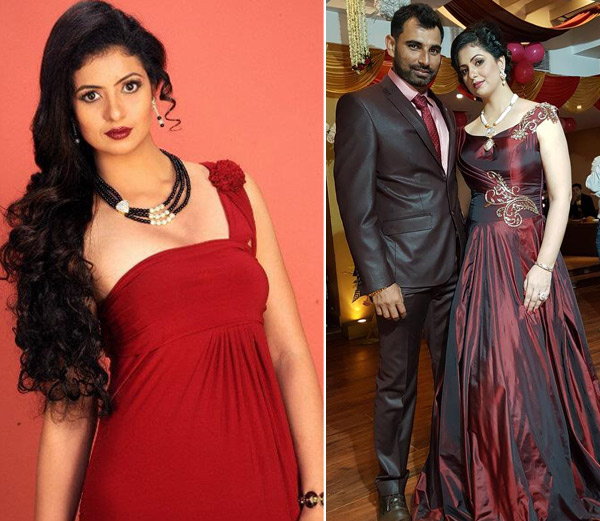 Many under the cover of religion displayed blatant patriarchy advising the cricketer about how a woman should be dressed based on her religion while others were quick to question the cricketer’s belief in his faith.

Surprisingly all the comments were directed at the cricketer and not at his wife, again displaying the mindset that ‘men are responsible for what a woman can or cannot wear.’ A woman is a man’s property and hence it is the man who can decide about what she is allowed to wear and is answerable to society if it feels she has crossed the line.

These comments reflect the misogynistic mentality of these men who in real life must be following patriarchy to the core. These men are the ones who control and dictate to the women in their lives about what they must eat, wear and do in their daily lives. They are so used to controlling women in their lives that now they are graduating to controlling other women from their own community. They think they have the moral high ground to judge others only because they share the same religion.

Most of these men must be living in their own world away from the reality where women have the freedom to decide on their own about what to wear or not. They are so oblivious to the reality that they fail to see how many Muslim women dress differently from how they think they should .

Muslim women in various fields work and excel but these men are only bothered about what they should wear or not. They are eager to flaunt Shami and his success as a positive story of the community but can’t respect his wife’s choice of clothing. So much for breaking stereotypes and presenting positive stories!

Sania Mirza, Zoya Akhtar, Rana Ayyub and Shehla Rashid are all strong, independent muslim women who are mostly seen dressed in Western attire, and so are many other Muslim journalists working for various news channels. Are these men going to dictate to all these women about how they should dress?watch Spider-Man: Homecoming 2017 film now

Muslim women are a diverse lot. Some wear burkha, some don’t. There are hijabis and non-hijabis and there are many who wear Western clothes. If wearing hijab is an individual choice that has to be respected than why is some woman wearing a dress of her choice targeted?

Interestingly these misogynistic Muslim men have got support from some right wingers who also feel that women should become famous for their talent and not for the length of their clothes. Chauvinistic men divided by hate for each other but united by patriarchy!

Islam has prescribed a modest dress code for its followers but it also states that there is no compulsion in religion. Moreover the modesty lesson is for both men and women; while the men are eager to preach to the women, how many are ready for self introspection? A community plagued by many issues and facing  challenges has men with misplaced priorities. Men who are more bothered about what a woman wears than being worried about lower literacy rates of girls within the community. The worst are those who are justifying these comments or indulging in whataboutery as if someone else’s crimes are an excuse to cover your bad practices.

It is good that Mohammed Shami has given a fitting reply to the trolls asking them to self-introspect and has not deleted the picture. Hats off to the man who has stood up for his wife without bowing down in front of the vile abusers. It takes a lot of courage to stand up for what one believes in and Mohammed Shami is one brave guy.

Also commendable is the support the couple has got from all sections of society, especially from many sensible Muslims who have condemned the trolls and shown solidarity with the cricketer. It is also heartening to see many Muslim women supporting the couple and calling out the misogynistic men. However, to assume that these people have realized their folly will be an overstatement; rather, they will always be on wait to target women for some reason or other. This incident which has mostly an ‘advisory’ tone might soon turn into threats and more gruesome actions.

For how long will we be able to stand up to them is the bigger question. Will they manage to create an environment of fear and intimidation or will the spirit of strong men and women be able to curb this misogynistic attitude remains to be seen.

One thing is sure that it won’t be easy for women on social media, who will always be targeted and efforts made to gag their voices. It is also to be noted that these abusive voices reflect the bigger malice in society; social media has only emboldened them to express their vile thoughts. Women’s struggle for fair treatment will be incomplete until the change in thought occurs ‘in real life’. Till then we women need to stand with each other and stay strong.