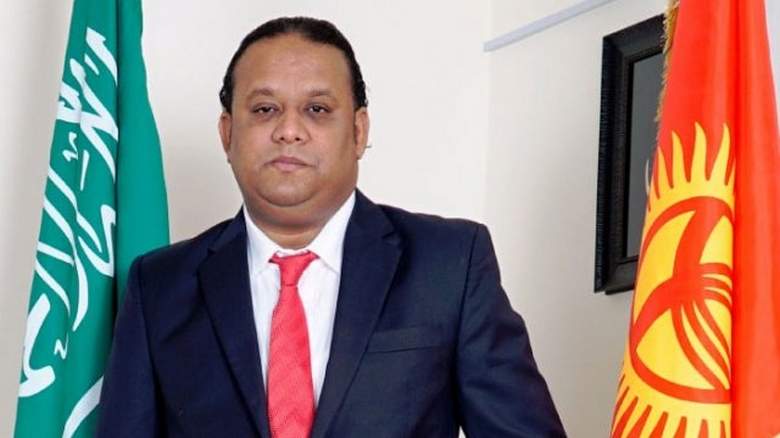 From Microsoft’s (MSFT) Satya Nadella to Pepsico’s Indra Nooyi  to Google’s Sundar Pichai, there is no dearth of hard working Indians who have proved their mettle and earned laurels across the western world. In Asia too, an Indian-origin Saudi-based entrepreneur has been appointed Major General of Kyrgyzstan, a rare military position occupied by an Indian in the Central Asian country.

Shaikh Rafik Mohammed, who hails from Kerala, was appointed Major General of Kyrgyzstan by Ali Mirza, Defence Minister of Kyrgyzstan at an official ceremony held in the country, Khaleej Times reported.

It is a rare military position occupied by an overseas Keralite, said Omar Abu Baker, media adviser of Rafik.

Rafik, whose family resides in Dubai, holds Kyrgyzstan nationality conferred by its former President Kurmanbek Saliyevich Bakiyev whom he casually met in his 20s while working in Iran, the report said.

Rafik was invited by the Kyrgyzstan government to take up the prestigious military position in view of his earlier contribution to the country.

“Rafik left Kerala at a young age and he could complete only his primary school education. He went to Mumbai where the young man learnt all the tricks of business and from there to the Middle East. He has worked in the UAE, Iran, Saudi Arabia and Kyrgyzstan,” his media adviser added.

He migrated from Calicut in Kerala before completing his fifth-grade schooling culminated in his recent appointment as Major General of Kyrgyzstan, the report said.

While there are scores of successful business tycoons in the region, this could well be the first time a Malayali has occupied a top military leadership of a foreign country.

Rafik earlier worked as an adviser to the former Kyrgyzstan President Kurmanbek Saliyevich Bakiyev whom he met in Iran where the young Indian entrepreneur was developing a major steel plant.

After selling the successful project to the Iranian government, Rafik went to Kyrgyzstan and presented a similar project to Kurmanbek, then a governor who was preparing to contest presidential elections.

After Kurmanbek won the election, he appointed young Rafik as his chief adviser – a milestone in his career in his mid-twenties.

Rafik developed wide network of friends in the Central Asian country which has witnessed a rapid flow of foreign investment and reversal of socialist mode of development to a capitalist mode of production, the report said.

.. With Inputs from PTI

Family Doctors Are Passe – Family Nutritionists Are In | By Shubi Husain

What’s In A Surname? Well, A Change Cld Get You 3 Months In Prison

With Arslantepe Mound, Turkey Has Record No. Of UNESCO Heritage Sites