Home Business Aircraft Carrier Technology To Get A Boost As India US Mull Closer... 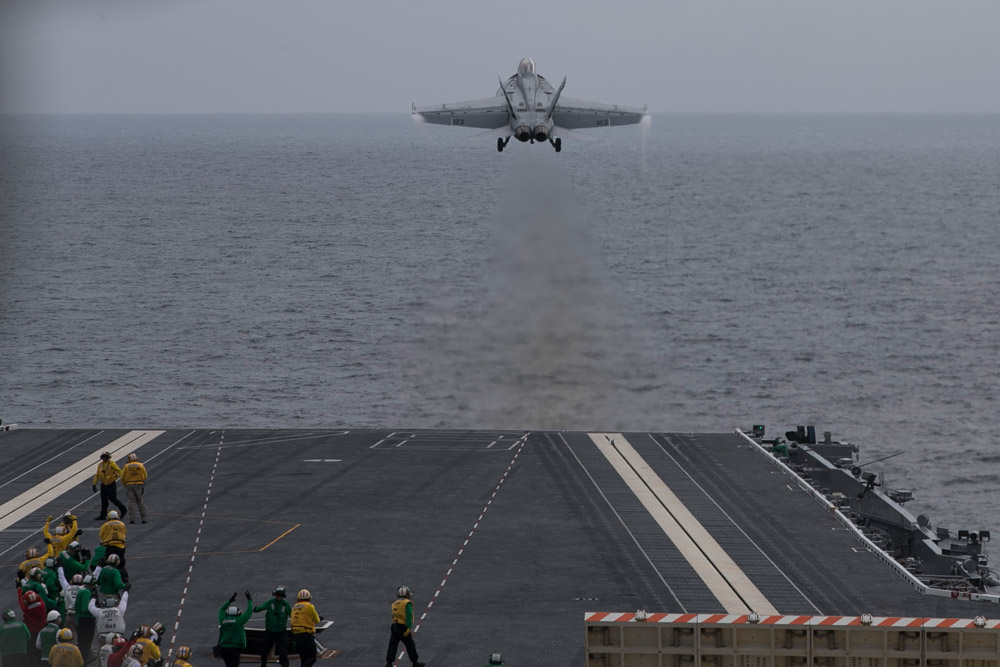 Top officials from India and the US today deliberated extensively to boost cooperation under various aspects of aircraft carrier technology.

The issue was discussed during the concluding session of 4th meeting of the Joint Working Group on Aircraft Carrier Technology Cooperation (JWGACTC) here, the defence ministry said.

The JWGACTC was constituted under the Indo-US Defence Trade and Technology Initiative.

The concluding session of the Joint Working Group meeting explored ways to boost cooperation between the two countries in sharing technology relating to aircraft carrier.

The Indian delegation was headed by Vice Admiral D M Deshpande, Controller Warship Production and Acquisition, while the US side was led by Rear Admiral Brian Antonio, Program Executive Officer, Aircraft Carriers.

“Both sides acknowledged the significant achievements of the Joint Working Group so far and discussed plans for future cooperation under various aspects of aircraft carrier technology such as design optimisation, construction philosophy, trials procedure and project management,” the defence ministry said in a statement.

Most Reliable Washing Machines That Also Give The Best Washing Experience

How Secure Coding Is Changing The Development Industry?

The Dangerous GST Race To The Bottom