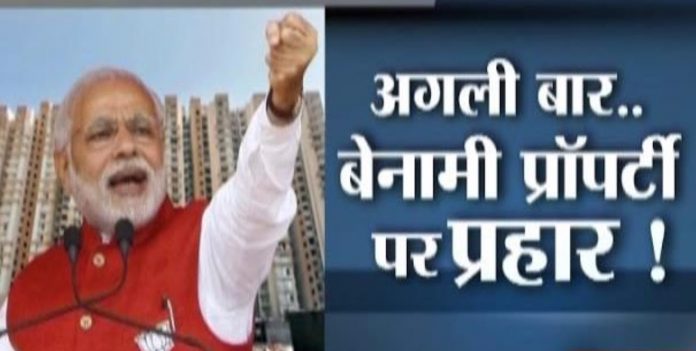 The Income Tax Department on Wednesday said it has identified over 400 benami transactions and attached properties worth Rs 600 crore in about 240 cases.

Keen to implement the new Benami Act to ensure “visible outcomes on the ground”, the tax department last week set up 24 dedicated Benami Prohibition Units (BPUs) all over India.

The department started initiating actions under the new Benami Transactions (Prohibition) Amendment Act, 2016 from November 1 last year. The law provides for a maximum punishment of seven years in jail and a fine.

Benami property includes movable or immovable, tangible or intangible, corporeal or incorporeal property which is in name of someone other than the beneficial owner.

“The Income-tax Directorates of Investigation have identified more than 400 benami transactions up to May 23, 2017. These include deposits in bank accounts, plots of land, flat and jewellery,” said an official release.

“Immovable properties have been attached in 40 cases with total value of more than Rs 530 crore in Kolkata, Mumbai, Delhi, Gujarat, Rajasthan and Madhya Pradesh,” the tax department said.

It has also undertaken searches on 10 “senior government officials” during the past one month, in line with its policy to “unearth black money earned through corrupt practices and introduce accountability and probity in public life”.

Giving details, the department said in one case in Jabalpur, the “benamidar”, a driver, was found to be owner of land worth Rs 7.7 crore. The beneficial owner was a Madhya Pradesh based listed company, his employer.

In Mumbai, a professional was found to be holding several immovable properties in the name of shell companies which exist only on paper.

In another case in Sanganer, Rajasthan, a jeweller was found to be the beneficial owner of nine immovable properties in the name of his former employee, a man of no means.

Certain properties purchased through shell companies have also been attached by the department in Kolkata.

The crackdown on all forms of illicit wealth is being spearheaded by the department to ensure that any economic misdeed is immediately identified and actions as per law follow, the release added.

The 24 dedicated units are under the overall supervision of the Principal Directors of Investigation in the Income-tax Department to enable swift action and follow up, especially in cases where criminality has been detected.

Design Over Protection – Which Way To Go While Buying Masks?

Breast Cancer Awareness Month – What You Must Know About Your Breasts – Part...