One of the lesser known facts perhaps of the 2002 Gujarat riots is that Dalits were at the fore of much of the violence against Muslims in Ahmedabad. When I asked an accused Dalit boy in the Naroda Patia area why he got involved in the rioting, his answer troubled me: “The local Bajrang Dal has promised us we will be allowed to stay in the land vacated by the Muslims who have fled”. Whether that was a riot “jumla” or not, the fact is many Dalits were the foot soldiers of the rioting mobs and were swayed by the promise of being empowered by caste Hindus. The local Muslims were then seen as a common “enemy”.

In 2016, cracks are being noticed in this so-called consolidated “Hindu” identity. The images of the lashing of Dalits at Una by cow protection vigilante groups have gone viral and highlighted the social disquiet that lurks beneath Gujarat’s seeming caste and communal peace. The anger that has spilled onto the streets of Ahmedabad and beyond is a sign that Dalits will not take the violent discrimination lying down. While Dalits may be just 7% of Gujarat’s population, their unease at being taken for granted by caste Hindus threatens the political project that the sangh parivar first initiated in the state almost three decades ago.

Remember it is Gujarat that has been the BJP’s laboratory for its political expansion from the late 1980s. It is here that the Ram Janmabhoomi movement got its initial impetus with LK Advani’s rath yatra attracting a large cross-caste support in the journey that began at Somnath.

That saffron surge came against a backdrop of a decade of intense caste and communal conflict. Anti-reservation protests snowballed into communal riots in the mid-1980s, rupturing the carefully crafted KHAM (Kshatriya, Harijan, Adivasi, Muslim) caste alliance of the Congress. The break-up of that alliance was virtually the beginning of the end of the Congress’ dominance in Gujarat and slowly allowed the BJP to capture the space on the back of its claim of representing a unifying “Hindu” ethos. 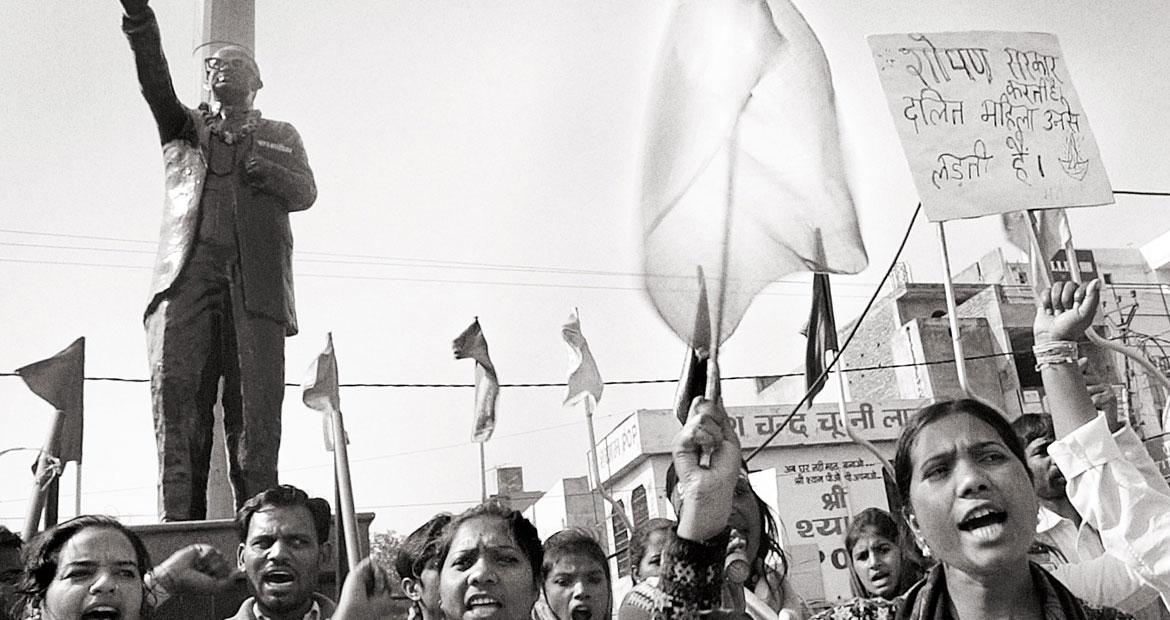 That merged Hindu identity now finds itself under intense scrutiny. First, it was the Patel agitation with the demand for reservations that raised questions over whether the rapid economic growth, which had created a ‘neo-middle class’, had also led to growing frustration among those who felt left out of the wealth creation process. Now, the Dalits seem to feel that their trust in caste Hindus has been betrayed due to these Gau Rakshaks. This isn’t just about what happened at Una. Statistics show that atrocities against Dalits have been on the rise in Gujarat even as conviction rates are among the lowest in the country. It is almost as if Dalits are finally waking up to a harsh reality that participation in a rath yatra or a riot for that matter won’t change the feudal order in regions like Saurashtra where the rigidity of caste traditions has still not been annihilated.

But this is not just about the caste politics of Gujarat. One of the challenges for the BJP in its political ascent has been to ensure that it is seen as a more inclusive, less socially conservative party. Which is why the emergence of OBC leaders like a Kalyan Singh in UP or a Narendra Modi himself in Gujarat was crucial to the BJP’s aim to grow beyond its original Brahmin-bania image. The RSS too, encouraged this process, one that gathered momentum through the BJP’s decade of phenomenal growth across north and western India in the 1990s. Ahead of the 2014 general elections, the BJP made a deliberate effort to attract Dalit leaders to its side, be it an alliance partner like Ram Vilas Paswan in Bihar or even an Udit Raj in Delhi. In UP too, there was a clear strategy to wean away the non-Jatav Dalits away from Mayawati by promising them “membership” of the wider Hindu parivar. Even Modi’s Stand Up India scheme, launched on the birth anniversary of the Congress’s original Dalit face Babu Jagjivan Ram, was designed to promote entrepreneurship among Dalits.

Now, one incident of these Gau Rakshaks in Una threatens to undo the hard work put in by the BJP to win the confidence of Dalits. This isn’t the first time upper caste Hindus have been caught beating up Dalits in a horrifying manner. Massacres have taken place in Congress-NCP ruled Maharashtra (Khairlanji), in Congress-ruled Haryana (Hissar and Sonepat), in RJD-ruled Bihar (Laxmanpur Bathe). And yet, the fact that the incident takes place in the PM’s home state and the chief minister wakes up to the horror almost a week later makes it a potential political volcano. Most damaging is the fact that there has been little attempt made to effectively rein in the cow protection mobs. Extending the ban on cow slaughter to bulls and bullocks and even to their trade and consumption in BJP-ruled states like Haryana and Maharashtra have only empowered gau raksha groups to believe that they enjoy state sanction for their goondaism.

Also Read: Worried About Growing Old – You Might Be Shortening Your Life – UN Report (Opens in a new browser tab)

Which is why the BJP and the sangh parivar need to speak out loud and clear on where they stand on Dalits engaged in “hereditary” occupations like disposing dead carcasses or skinning dead cows or tanning leather. Are Dalits going to be seen as anti-Hindu for carrying out the very tasks that Brahminical Hinduism assigns to them in the traditional “varna” system because of repugnant notions of purity and pollution? Surely, you cannot sustain a Dalit outreach and then perpetuate the ugliest form of caste discrimination in the name of cow politics at the same time. Professed reverence for a Babasaheb Ambedkar’s teachings and a deep attachment to the Manu-Smriti cannot co-exist. If crime in the name of gau-mata by these Gau Rakshaks is unchecked, then the entire Hindutva project could unravel .

Post-script: In his book Karmayog published in 2007, Modi writes that “the work of cleaning toilets has been a spiritual experience for the Valmiki community”. Would the PM care to explain to the country what he means by manual scavenging being a “spiritual” experience?