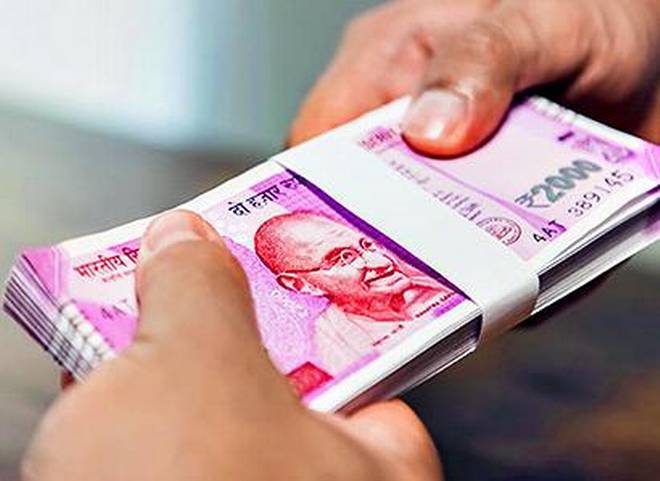 An impromptu string of tweets from well known twitterati, Sonali Ranade, joined together is a fine read for most of the concerned citizens of India. Apparently speaking from her convictions, Sonali brings out the bizarre similarities in which political parties behave. She goes on to say:

“Innovations in corruption. There has been a lot of talk about ushering in a corruption mukt Bharat. The truth is that there has been some fresh thinking about corruption under the new Government & I would like to share my thoughts on the same with you. So here goes.

Th first is that the earlier regime was riddled with hypocrisy. The fact is running a party machine, fighting elections, and motivating & rewarding political workers is an expensive business. It requires funds that only the wealthy can provide & so there is the inevitable deal.

Under the Congress, prior to 90/91, a combination of the license/permit raj and patronage to those who could pay rents, provided the key funding for Congress. Which is not to say the opposition was chaste. Their chastity was mere lack of opportunity. Model was the same.

The Congress system was “free-for-all”; anybody who could pay was welcome. Everybody had equal access. The highest bidder won. Second, when the people at lower echelons saw this game, the replicated it at their level. Corruption ballooned. Politics became business.

90/91 changed the game by ushering in economic reforms destroying the old rent seeking model by abolishing the central licensing. This had an unintended consequence. As the Central Govt. shed its control over levers of patronage, the action shifted to the States.

Although no license required, entrepreneurs had 2 still line up before state Govts 4 allotment of land, water, electricity, labour permits & a host of other things. So rent extraction shifted from Centre to states & regional leaders gained power of patronage from the centre.

As power of patronage shifted to States, the Congress leadership in Delhi grew weak and the regional leaders far stronger. So much so that by the end of PVNR Govt., Congress party itself began to unravel as regional leaders revolted or struck out on their own.

As U can see, corruption at all level except Delhi multiplied. It was in the milieu that BJP stepped in. ABV followed the Congress model. Paid the price. When Congress returned to power, it had learned nothing from experience. The old State level rent extraction continued.

The present Govt. did learn important lessons from BJP experience. You cannot decentralize power of patronage & still control a pan-India political party. That’s was the Gandhi family’s political blunder. Modi ji therefore concentrated all such power in himself.

But if money is generated by state level leaders, how do you centralize power of patronage. Hence anonymous electoral bonds. Those seeking patronage go to the top, make the deal, contribute anonymously to the party kitty. Regional leaders are not involved. U control the treasury.

That is why Congress also supports anonymous electoral bonds. If & when it returns to power, it will help the Gandhi family to reestablish central control over the party as it was before 90/91. So they make noises but favor electoral bonds. Now 2 the 2nd innovation.

Recall I said the Congress system was free-for-all & widely emulated at lower levels by those controlling patronage. This model is terribly flawed in game theory terms. 2 simplify, if everybody can corrupt [free access] and everybody can accept bribes, the earnings of all fall.

As usual economics tends to be counter-intuitive but bear with me. First the demand side from tycoons. If tycoons have to compete 4 patronage, they will bid the highest bribe they can afford. Competition puts costs up. Where will they recover these costs from? Obviously you.

So id rents that can be extracted from you consumers are R and the bribe paid is B, [R -B] is the profit to the tycoon. As many tycoons are competing & its is competitive bidding, the [R-B] over time falls to 0. So the tycoons gain nothing from corruption.

On the other side bribes are the total rent that can be extracted. More people you share it with, the per capital share falls. So the free-for-all corruption under the Congress model is very inefficient. Not only that, it is also very noisy b/c prices must be disclosed 2 bidders.

The present Govt. has wisely moved to eliminate the free-for-all model and replace it with a restricted access model. Now everybody cannot bid 4 patronage. Only a selected few crony tycoons may bid. And secondly, the bids are tightly controlled at the highest level.

What the Restricted Access model does to increase both tycoon level & party level yields from rent seeking. Since competition is restricted to few cronies they need not make competitive bids. So B is smaller, [R-B] is bigger, they are happy. And B is not shared. Happiness.

Not only is the Restricted Access model more profitable 4 tycoons & politicians it is also not noisy as before. Since bidding is not competitive, there is no need to disclose price. Lower level corruption is not allowed but actually punished. So corruption visibly decreases.

That then is magic of the Restricted Access Model. You can reduce visible corruption, you can prosecute corrupt people lower down 2 discourage competition, be a corruption fighter & still maximize rent yield to your party. What could be better? That’s where we are. BMKJ.

Now you will better understand why even BJP has copied the Congress model of appointing CMs from the central level. U can’t let state level people compete with you for share of rants.”

About the Author: This weaved up article is attributed to Sonali Ranade. Sonali Ranade trades commodities, stocks and bonds in the US, Chinese and Indian markets and has an immense knowledge about trade and commerce across continents.