Home India Intolerance In India – A Myth Or Reality (An Opinion) |... 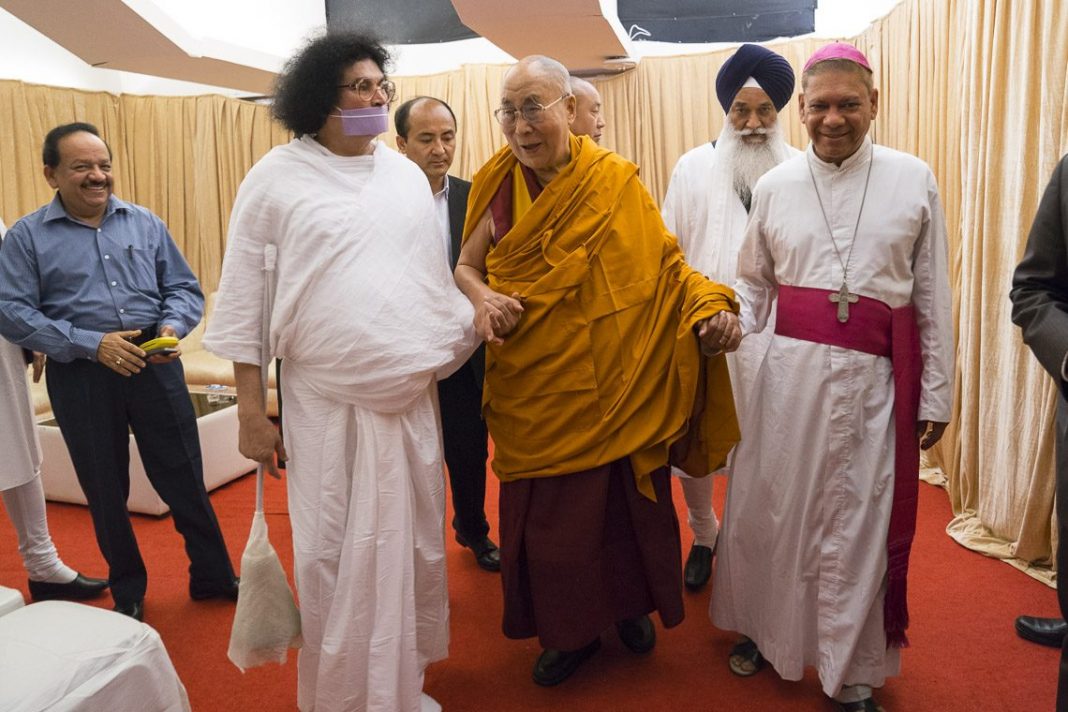 The present man is supposed to have appeared on earth around 10,000 years ago when Homo Sapiens evolved from apes. The society at that time was not as it is nowadays. That world was defined by bloodshed and mayhem as man competed with wild animals for food and shelter.

Gradually, man evolved further as the capacity of his brain increased and he rose up from the level of animals. As time passed, he discovered metals such as iron and copper along with fire. He also invented the wheel. All these things revolutionized his life and human settlements came up in river valleys.

At some places, the weather and the topography was not suited to a comfortable life, it led to migrations of large bodies of humans to different regions of the world. And that’s how Aryans, as historians tell us, came to India from Western Europe.

In time, they founded kingdoms which were at war with each other for riches, wealth and women (one may change the order as one wishes).

All this while, one animal instinct of man was alive and kicking i.e. the lust for blood and rapine. In the 2,000 years of recorded history, right from the Kalinga War before the Common Era to the Second World War in mid-20th century, its only been the last 50 years that humanity has got some respite from this bloodlust.

In those days, the difference in religion, politics and difference in opinions led to bad blood, which went on simmering on account of personal ambitions and finally ended in prosecution and large scale bloodshed. Those were the days when entire communities got massacred in the name of God. Do not believe me, then think of Crusades of the Middle Ages when many thousands of men and women in Europe were burnt to death for religious differences.

There are many other examples but they are not relevant to the topic at hand. Suffice it to say that in the earlier times, differences were settled by violence and million and millions had to pay for this with their lives. But as we all know, all men were not shaped from a single mould and nor was the world set to one pattern. Difference in environment or conditions of life caused difference in temperament and opinion. Besides, the historical evolution too led to diversities in outlook.

As India broke the shackles of the British and became a sovereign country in 1947, Indian National Congress (INC), on account of it being in the forefront of the freedom movement, was the natural party to take up governance.

In the initial euphoric decade or two of freedom, people were not much bothered about governance and wished to get on with their lives in peace. The masses were happy just to be alive in a free country and were not much bothered about the basic necessities which they needed to improve their living standards. After all, Indians are sentimental by nature and so got indebted to the INC, on face value, for getting freedom for them.

All this while, the deposed and oily Princes, Zamindars, Nawab Sahibs et el of the so-called princely states, who knew they could not enjoy their perks and the estates without the support of the government, cosied up to the ruling Congressmen.  These two were joined by the Communists and the so-called intellectuals who wangled up top positions in the numerous government-aided and funded institutions.

Majority of Indians still do not know what are these institutions, what is done there or what kind of research do they conduct. Then in came the jholawalas and the NGOs. This was a cosy club enmeshed in ties of nepotism, pelf, plunder and loot. It is to be noted that bureaucrats, both serving and retired, too played their part and flourished. This was the unholy nexus which was ruling India and framing unnatural socialist policies for us, unnatural because men are not born equal.

These people were slightly disconcerted in December 2013 when intelligence reports told of an impending storm; concerned in March 2014 when dark clouds began gathering in the skies and were overwhelmed when Modi tsunami swept them away in May 2014.

The Congressmen were aghast that the heirloom which had been with the ‘family’ for generations, had been snatched away by a mere ‘Chaiwala’, that too on the strength of democratic mandate. The eternal tap which they believed was a manna from heaven and from which power, influence and money flowed freely finally been turned off but they could not do a single thing about it. They licked their wounds, bided their time and waited for a miracle to happen. But it was not to be.

To rub salt into their wounds, the Modi government ordered the removal of all such people from their posts in government institutions where they had remained ensconced from eternity. Further, undeserving people were asked to vacate the government bungalows in Lutyens’ Delhi as they had overstayed or did not deserve them at all.

The foreign funding of nearly 22,000 NGOs (from Greenpeace, Ford Foundation etc.) was stopped for violation of various RBI regulations. It is worth noting that none of these affected NGOs has approached either any of the High Courts or the Supreme Court to get the order quashed. Self-evident, isn’t it!

Now it so happens that in the first flush of victory, the supporters of a party who have dreamt of the long-awaited D-day to arrive, go overboard and harp on such contentious issues which may be embarrassing for the party and its top brass.

This is exactly what happened with ‘Gauraksha’ and its proponents. In normal course, such people are called ‘the loony fringe’ who do such demented things with only one aim in mind: to get noticed by their political masters. The BJP and Prime Minister Modi also knows that their biggest support comes from members of urban, educated middle class who wish to get on with their lives in peace and are not bothered as to what religion a person professes or what he or she eats.

The prime minister has also warned such people who indulge in violence, both on T.V. and on ‘Mann Ki Baat’ besides urging the respective state governments to take stern action in such incidents. These types of incidents are law and order problems and normal in the daily life of a nation.

However, Congress and its acolytes saw their chance and activated their PR machinery. If rumours are to be believed, an international PR agency was also hired for the purpose. As all these people were frequent fliers to foreign universities and institutions on Indian government’s largesse, they had long-standing contacts in the international and influential media. Now a hullabaloo was created over a small issue and an atmosphere was created as if all hell had broken loose and had infested the whole Indian society with intolerance.

According to Merriam–Webster dictionary, intolerance means exceptional sensitivity (as to a drug) to an issue, view, idea or thought.

Now, if that would have been the case, India would not have survived to be the country it is today and disintegrated into numerous small entities.

But we Indians were tolerant and reasonable, right from ancient times, which is borne by the fact that Islam and Christianity, two religions from far off lands, arrived in India and flourished here. Besides people as diverse as Greeks, Turks, Sakas, Arabs, Hunas, Kushanas, Mongols etc. came here as conquerors and settled here for good. This was only possible because of the famed tolerance of the Indians which made them understand and accept the diversity in people and different views about life.

Though a large mass of India’s people were not literate, the education of the Vedas had percolated deep down among them and infused them with the spirit of tolerance and reason and decimated the vice of intolerance. As time passed, we became more and more ready to recognize the possibility of views other than our own.

Today, we look upon tolerance as a mark of education and superior culture of ethics of a polite society. For us, tolerance is the virtue of a civilized age which helps us to put up with those who have different ways, opinions and outlook on life. It further enables us to always see the other side of things, to suffer fools with patience and to counter fanatics without losing our temper.

Tolerance is not only an abstract virtue; it is of considerable influence in the current affairs of life. Man is a social being and has to live in a spirit of harmony and cooperation with others. This process necessitates a capacity for compromise and a large dose of give-and-take.

Indians are a cultured people, who take into account the heredity, background and distinctive outlook of each person, make allowance for them and are ready to make concessions and compromise. We are aware that without this broadmindedness, energy will be wasted in futile arguments and in the longer run, mere passions never lead to any good nor do they solve any problem and so, passions have to be tempered, controlled and disciplined by reason and tolerance.

But leaders of the Congress and their acolytes were constantly assailed by recurring nightmares of intolerance having seeped into every sphere of the society. They were helped in their cause by the lunatic fringe elements who killed a Muslim farmer Akhlaq in Dadri over rumours of consuming and keeping beef at home. Every right thinking Indian, including me, was shocked and bewildered on hearing the news; they correctly condemned the incident and demanded stern action against the accused so that no one may even dream of committing such an atrocity in future.

Before this incident, writers such as MM Kalburgi, Govind Pansare and Narendra Dhabholkar had been killed in Karnataka and Maharashtra. Added to these two was a notion in their collective minds that the government was going all out to curb freedom of speech and expression. They were also furious at Sahitya Academy, India’s National Academy of Letters and Sangeet Natak Academy for not protesting against all this… contd