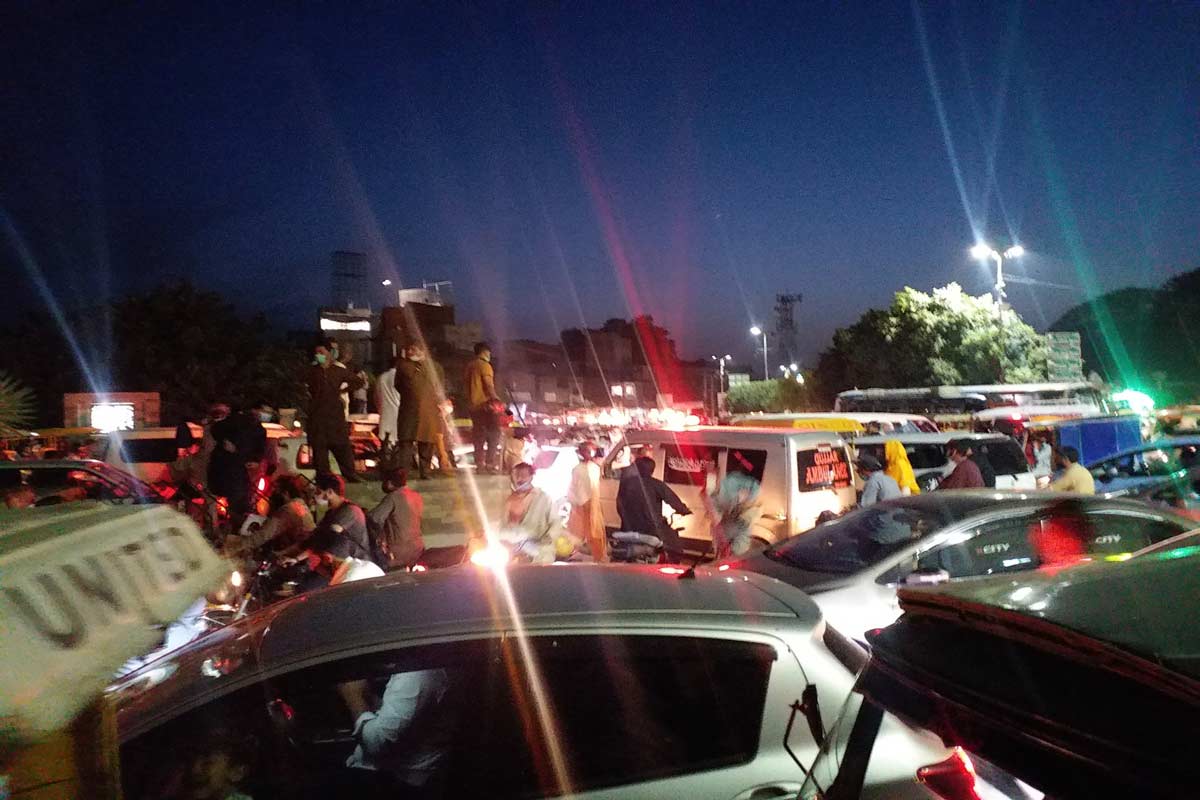 These days, Pakistan is grappling with fundamentalism along with Covid19. The clear proof of fundamentalist shadow on Pakistan could be witnessed when Tehreek-i-Labbaik Pakistan or TLP brought the Imran government to its knees. TLP is a fundamentalist religious party owing allegiance to Barelvi School. After taking harsh steps against the said organisation, such as the arrest of its leader, Allama Saad Hussain Rizvi and proscribing it, the government was compelled to open talks with it. Though the government is steering clear of the main demand of the TLP i.e. the expulsion of the French ambassador, it still had to indulge in the disgraceful act of backtracking. It is extremely necessary to understand the background of the whole matter. This would inform us as to how the social and political fundamentalist forces dominate Pakistan.

The whole conundrum exploded into public consciousness on October 16, 2020, when a middle school history teacher in France, Samuel Paty, was decapitated on a Paris street, near the school where he taught. Earlier that month, in a civics class on freedom of expression and blasphemy, he showed caricatures of the Prophet Muhammad, considered blasphemous by Muslims, to his pupils. These caricatures were originally published by Charlie Hebdo magazine in 2012. For nearly all the Muslims in the world, these cartoons were offensive and objectionable. In September 2020, the magazine republished these cartoons, ahead of a trial of suspected perpetrators of the mass shooting at its office in January 2015. In the days that followed the decapitation, the caricatures were projected onto the facade of a building in one French city and people displayed them at protests around the country.

A large number of Muslim countries, including Pakistan, again witnessed fierce protest demonstrations. The TLP adherents demonstrated in many towns and cities of Pakistan while the Imran government lambasted the republication of these cartoons.

French President Emmanuel Macron, while mourning the death of the teacher, repeated that, in France, the right to freedom of expression shall be upheld unimpaired. Earlier, in another speech, he had criticized radical Islam and said that this was a cause of worry, not only for France but for the whole world. At that time, many Muslim leaders including Turkish President Erdogan and Pak PM Imran had denounced the French premier’s comments.

In Pakistan, TLP demanded the expulsion of the French ambassador from the country and boycott of all French goods. In November, the government assured the TLP that it would reach a consensus in the parliament regarding the expulsion of the French ambassador within three months. After the said period passed, the government increased its duration by another two months and agreed to meet all the demands by April 20. It was clear that it was busy searching for an alternative as it did not want to take any diplomatic step against France. Meanwhile, the TLP’s patience was wearing thin. Some days earlier, its supreme leader Saad Rizvi declared in a video message that if the government goes back on its words, then it must be ready to face consequences. The government responded by arresting Rizvi on April 12.

Angered by this, TLP activists and followers blocked most of the highways and roads connecting the main cities of the country and clashed with the police. To demonstrate its strength, the government banned the TLP. This increased the clashes between the TLP activists and the police. As a result, some policemen were killed and many taken hostage.

This forced the Imran government to back onto the negotiation table. Later, Prime Minister Imran, in a televised address to the nation, said that TLP and the government have the same objectives. He agreed with the TLP’s view that there should be no blasphemy against the Prophet or the Quran in any country. However, he did not agree with the method of its protests against the French Premier’s comments. He said that in this matter, Muslim countries have to come together and have to pressurize France and other Western nations that religious feelings of others cannot be trifled with. He further said that TLP’s stance would seriously hurt Pakistan’s economy. Later, a member of the ruling party brought in a resolution, regarding the French ambassador, in the National Assembly and it was further sent to a committee. The TLP called off its protests and demonstrations and the government was provided some breathing space. But this relief is temporary as it is difficult to say how TLP can agree to an agreement.

This is not the first time that the TLP has challenged the government successfully. In 2017 too, it had held the capital Islamabad hostage. Then its objection was concerning the changes in the oath of Muslim candidates for National Assembly Elections. It claimed that changing the word oath to declaration created doubt regarding the finality of the prophethood of Muhammad. The issue was finally resolved with the efforts of the Pakistan army and the resignation of the law minister.

In October 2018, TLP also protested the Supreme Court’s decision to acquit Christian woman Asia Bibi of the charges of blasphemy. It also ran a campaign in support of Mumtaz Qadri, the assassin of Salman Taseer, former governor of Punjab. Though he was hanged after being held guilty by the Supreme Court, most Pakistanis believe him to be a martyr and visit his grave.

The rise of fundamentalist TLP demonstrates how extremism has consolidated its hold over even liberal Muslims in Pakistan. This has happened because of the Nazariya-i-Pakistan thought of the Pakistan army. Such a thought process is destructive for itself and the country as well. In it, it looks at Islam as a weapon to be used against India, and in the process, it sacrificed social peace and economic prosperity as well. The Pakistani political class also marches in steps with the Pakistani army. There is no doubt that most Muslim countries are unhappy with the French stance on freedom of expression but none reacted like Pakistan. This goes to amply prove that the country is in the grip of fundamentalists, with extremist elements having the upper hand.

To Make Russia Wilt, US Cozies Up To Beijing

Ukraine – Another Pawn In The Hands of World Powers?