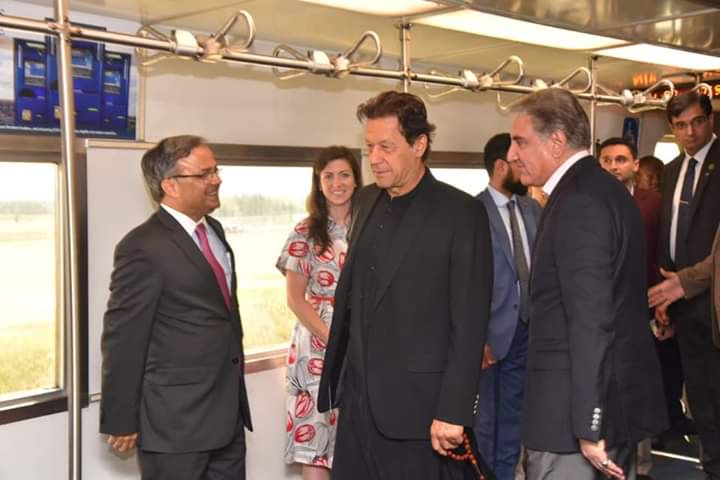 The visit last week of Imran Khan to the US raised eyebrows for a plethora of reasons. Comments and meeting with Trump looked secondary to the endless string of goof ups by Pakistan that dominated the headlines right from the time the meeting was announced.

It was for Pakistan the most talked of calendar event of the year. Pak had been continuously shunned and humiliated by Trump for the past two years, while the US military leadership and the US special envoy for Afghanistan, Zalmay Khalilzad, continued to interact with them. Khalilzad’s engaging Pakistan was driven more due to the fact that the deep state supported Taliban and its allies. All along, Trump is desperate to withdraw from Afghanistan as he considers it a losing battle and a major financial drain.

There are multiple reasons being given for the White House invite to Imran Khan. The first is that Trumps closest ally in the Middle East, Mohmad Bin Salman, the Crown Prince of Saudi Arabia, and a staunch Pak ally had requested Trump for the meeting. He is presumed to have approached Trump through his son-in-law, Jared Kushner.

The second is that Republican Senator Lindsay Graham requested Trump to meet Imran. Finally, it is also suggested that the request was made by Zalmay Khalilzad to enhance pressure on the Pak military to reign in the Taliban and push them for talks with the Afghan government.

The announcement that Imran was being accompanied by the two most powerful people in Pakistan, the army chief and the DG ISI, meant that Imran would only be there for the photo-ops and the main decisions would be made by Bajwa. The fact that the army chief even accompanied Imran for the White House discussions further ratified this point. This is possibly the first time in the history of the world that the head of state had to be escorted by his own military for a meeting.

Pak though tried justifying this by stating that it proved that the army and the government was on the same page. It was however a lame excuse and could have been better and more economical if the army chief had gone alone, as he was the supposed decision maker.
Imran in fact had no role other than to prove that Pak has a civilian government, with a ‘selected’ PM.

Imran chose to fly by a commercial flight, rather than take the official aircraft. The official reason given was to cut costs. This makes no sense as Imran was visiting the one place which had shunned Pak and treated it like a beggar state. The US always believed that by cutting funds and holding the IMF loan as a carrot, it would get Pakistan to act.

Did Imran take this decision to prove the US correct and indicate that Pak is genuinely so poor that its PM cannot fly in his own aircraft or was it taken to display that Pak is in dire states and desperately needs US grants remains a mute question. Logically Imran should have flown by his own aircraft thereby indicating that Pak is neither poor nor needs funds but only respect, an issue that Imran has raised multiple times. In any case, it became an international joke.

Interestingly, Imran was meant to have been accompanied by the army chief. He was neither seen on the flight nor when Imran was received by their foreign minister nor during the movementin public transport from the aircraft. Hence, Bajwa may have taken the official aircraft, leaving ‘selected’ Imran to travel by a commercial flight, after all he rules the country not Imran.

The lack of official reception to Imran on his arrival in Washington was another indicator of the importance the US attached to this visit. He is after all the head of state and not travelling on a holiday, hence should have been afforded all requisite protocol. It was reported that the Pak embassy was willing to even pay USD 250,000 for a formal reception, which was rejected by the US state department, adding further misery to the commencement of the visit. There are no inputs on Bajwa’s reception. In all probability that would have been as per US protocol to the true ‘head of state.’

Imran desperately tried to copy PM Modi when he addressed his supporters in a public rally in Washington. He attempted to follow the Modi concept of talking of a rising India and rooting out corruption. The idea of the rally too, flowed from what Modi had done in his initial visits to most countries. Here again, the strength was low, and protests marred the event.

Also, in question were remarks made by Imran in his press interactions, which were in sharp contrast to the approach of his nation’s military leadership over decades. He stated that it was the ISI which shared the location of the Al Qaeda Chief, Osama Bin Laden with the CIA. This was countered by ex-CIA director Petraeus, who stated that the ISI never shared the inputs. It goes against the facts projected by the US. As per US records, until the final meeting, chaired by Obama prior to the launch of the US operation to eliminate Osama Bin Laden, the CIA was not 100% certain of the information it possessed on the location of Osama.

Thus, Obama, as the President, had to take the views of all present and then give his decision for the operation to be launched. There was always a nagging fear of innocents being targeted assuming them to be Osama Bin Laden. If inputs had flowed from the ISI, then this process was unnecessary.

The intention of Imran to make this fake statement is unknown, but only proved that Osama was hidden by the Pak deep state, which remained aware of his location. It also enforced that Imran was either unaware of the truth or the army had fed him a series of lies to propagate, assuming that with passage of time the public would have forgotten the truth.

He even claimed in another press interaction that the press was free in Pakistan, contrary to the guidelines and control being exercised by his government daily. Further, articles published in the US criticizing the visit were represented in blank columns in Pak newspapers. This comment was laughed at.

His other classical goof ups included stating that there were still 30-40,000 terrorists operating ex-Pakistan. A wonderful admission, opening doors for further pressure from the FATF. Possibly because of lack of options for ‘selection’ he remains the ‘selected’ for now. Claiming that Pulwama had no Pak connection, despite his proxies in the country claiming responsibility and the mastermind who made the IED infiltrated from there was indicating the level to which he would lie.

At the end of the day, Imran’s visit exposed Pak more than expected and only proved that he joins the group of international liars. He joined Trump in making this visit a joke.