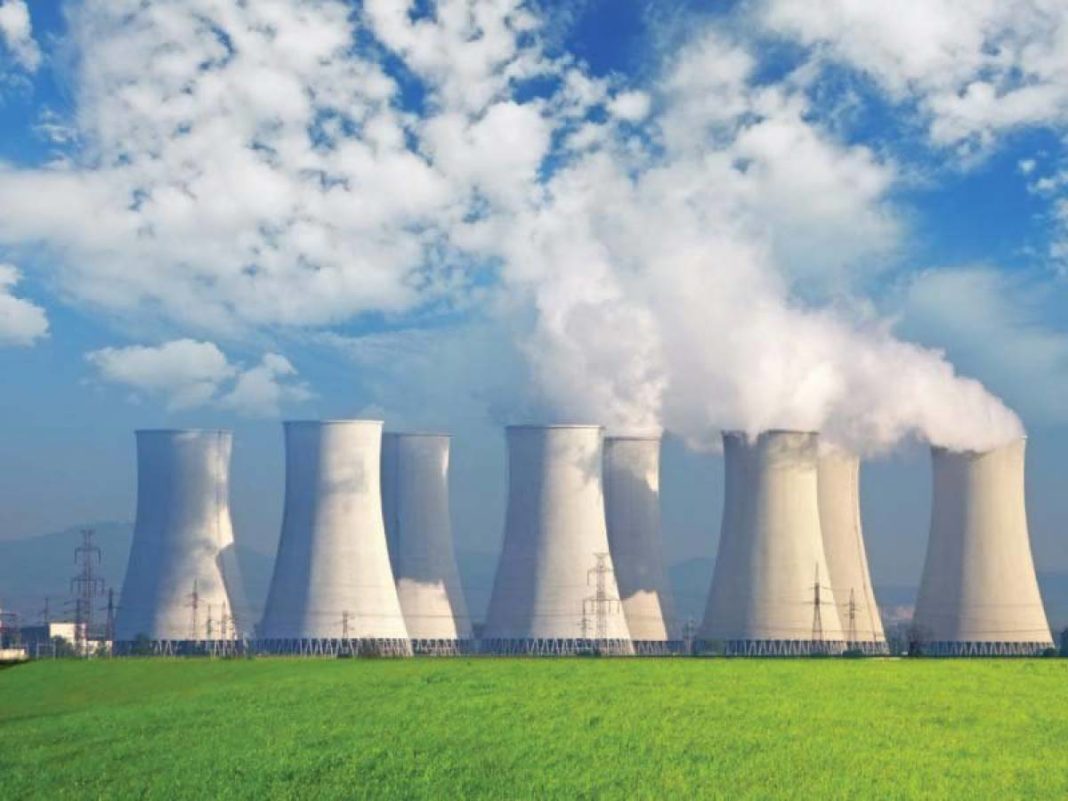 Dr. Abdul Qadeer Khan, the leading light of Pakistan’s nuclear research and famous as ‘Father of Pakistan’s nuclear bomb’, passed away on October 10 at the age of 85. Decorated twice with their highest civilian award for excellence, namely, Nishan-e-Imtiaz and once with the second-highest Hilal-e-Imtiaz, he was fondly titled Mohsin-e-Pakistan. Mohsin, in Arabic, means one who beautifies or improves or enriches. That he indeed did both literally as well as figuratively—enriching not just uranium but also the prestige and self-respect of Pakistan.

Even as the nuclear devices that Pakistan exploded in 1998 were not based on his designs, there cannot be any doubt that he had single-handedly, rendered yeoman service to Pakistan and its quintessential dream of becoming a nuclear power. To honour that, he was allowed to remain present at the test site at Chagai Hills.

Dr. Khan, though a metallurgist by training,was a proponent of making uranium-based nuclear bombs, whereas the bombs tested in 1998 were plutonium-based. Khan was keen on uranium bombs because they are simpler in design and could be made quickly; in fact, so simple that even the very first nuclear bomb that was dropped on Hiroshima was never tested. The scientists believed that the design would never fail. It was the plutonium bomb dropped on Nagasaki on August 9, 1945 that was tested on July 16.

If Khan had his way, Pakistan could have made its nuclear bomb much earlier in 1987 itself, as Dr. Khan had claimed in an interview. However, that would have come with its attendant diplomatic ramifications and sanctions etc. and that is why they had to delay it.

Unfortunately, most of the Indian readers are likely to have been taken in by the vicious Western propaganda against Dr. Khan. In this article, I will dispel that myth.

Dr. Abdul Qadeer Khan was made the fall guy, the scapegoat to save the face of his country, for which he had toiled endlessly. Pakistan has a history of such ungrateful, shameful behaviour.

They had done the same thing to Lt. Gen. Amir Abdullah Khan Niazi also in 1971 following their defeat in East Pakistan (now Bangladesh). The winner of the coveted Military Cross of the British Empire and Hilal-e-Jur’at (the second highest military award of Pakistan, equivalent to our Mahavir Chakra) twice, he was one of the most decorated Pakistani military officers. He had agreed to assume command of East Pakistan on point of honour when several generals senior to him had already declined the offer in view of the task being almost impossible—including Lt. Gen. Bahadur Sher, another winner of the Military Cross.

Until four days before the surrender, they were sending telegrams to him commending his valiant defence. They made him into a villain the moment he surrendered. They indicted him through the patchwork of the secretive Hamood-ur-Rahman Commission but denied him a court martial in spite of his asking for it because that would have exposed the truth. Niazi rightly argued in his book ‘The Betrayal of East Pakistan’ that Yahya Khan and Zulfikar Ali Bhutto ‘engineered’ the loss of East Pakistan in order to retain power in the west.Do not think that it was an afterthought. He had said this even before the surrender when Maj. Gen. Gandharv Nagra of the Indian army had gone to meet him.

The hoax of Khan having stolen centrifuge design

Most people think that Dr. Khan had stolen nuclear secrets—particularly the centrifuge designs from his former employer, a contractor at the European URENCO enrichment consortium. It is not true. I will tell the full story. Leonard Spector discloses in his ‘Nuclear Ambitions: The Spread of Nuclear Weapons 1989-1990’ that in 1979, the Dutch government had probed Khan on suspicion of nuclear espionage but he could not be prosecuted due to lack of evidence.

They filed a criminal complaint against him in a local court in Amsterdam, which sentenced him in absentia in 1985 to four years in prison. Quite unfairly to him, most people do not know, as Carey Sublette informs, an appeals court two years later upheld his appeal against the conviction and quashed the sentence.

Khan had successfully argued through a human rights lawyer S.M. Zafarwho teamed up with the administration of Leuven University, that the technical information requested by Khan was commonly found and taught in undergraduate and doctoral physics at the university.

If Khan had stolen, so did Israel; why not condemn them too?

Israel has doggedly denied the possession of nuclear weapons, even as there is a veritable battery of evidence from diverse sources proving that they had clandestinely made nuclear weapons quite some time ago. John Steinbach calls it a ‘grotesque double standard’ which sees the US and Europe on the one hand condemning Iraq, Iran and Syria for developing weapons of mass destruction, while simultaneously protecting and enabling the principal culprit, Israel.

The Sunday Times had disclosed in 1986 itself that Israel possessed over 200 nuclear weapons. This came through the revelations of MordechaiVanunu, a nuclear technician working in Israel’sDimona plutonium reprocessing plant.Just before the publication of his information Vanunu was lured to Rome by a Mossadhoneytrap, was beaten, drugged and kidnapped to Israel and, following a campaign of disinformation and vilification in the Israeli press, convicted of treason by a secret security court and sentenced to 18 years in prison. Had there been no truth, why should he have been convicted?

In any case, the simple fact is that Israel’s own uranium source is the phosphate deposits in the Negev desert, which is absolutely inadequate. How they got their uranium then? Julian Borger for the Guardian had disclosed in 2014 that Israeli secret agents charged with buying fissile material and state-of-the-art technology had found their way into some of the most sensitive industrial establishments in the world. This daring and remarkably successful spy ring was known as Lakam, which included Arnon Milchan, a billionaire Hollywood producer behind such hits as ‘Pretty Woman’, ‘LA Confidential’ and ‘12 Years a Slave’, who finally admitted his role towards the end of 2013. He, in turn, had recruited a top US nuclear scientist, Arthur Biehl.

They were responsible for securing vital uranium-enrichment technology, and photographing centrifuge blueprints, quite amusingly from the same European URENCO enrichment consortium, that Khan was later accused of.

The spy ring Lakam’s exploits were even more daring than what poor Dr. Khan is accused of. In 1968, it organised the disappearance of an entire freighter full of uranium ore in the middle of the Mediterranean. In what became known as the Plumbat Affair, the Israelis used a web of front companies to buy a consignment of uranium oxide, known as yellow cake, in Antwerp. The yellow cake was concealed in drums labelled ‘Plumbat’, a lead derivative and loaded onto a freighter leased by a phony Liberian company. The sale was camouflaged as a transaction between German and Italian companies with help from German officials. When the ship, the Scheersberg A, docked in Rotterdam, the entire crew was dismissed on the pretext that the vessel had been sold and an Israeli crew took their place. The ship sailed into the Mediterranean where, under Israeli naval guard, the cargo was transferred to another vessel.

The injustice done by Musharraf under American pressure

Dr. Khan was placed under virtual house arrest by Pervez Musharraf in 2004 after his confession on national television that he had sold nuclear secrets to Libya, Iran and North Korea. The confession followed US investigations into the so-called “A.Q. Khan network”. However, most people would not remember that he later retracted the confession and said he had been forced to make it.

As long as Musharraf was there, Khan was forced to endure. However, after Musharraf stepped out, Khan moved the High Court. In February 2009, the Court freed him but only after it had brokered a ‘secret agreement’ between him and the government. The Court prohibited either side from making the details public.

There are ample reasons to believe that he was disgraced under US pressure, which has always been keen on finding both scapegoats and objects of hatred. A WikiLeaks report tells of Pakistan’s Interior Secretary Kamal Shah assuring the US Ambassador that the Court decision provided legal cover to the government in dealing with him, as his previous detention had no legal basis.

Let us look at another way. Had Musharraf been really convinced of Dr. Khan having indulged in the ‘sin’ of proliferation and if he was bold enough to place him under house arrest, why did the government not withdraw the awards given to him?

Nuclear weapons secrets cannot be sold in a pen drive

Real life is fundamentally different from James Bond films. In subsequent articles, I would explain the complexities of making nuclear weapons and show why the design of nuclear weapons is not something that you could sell to someone in a pen drive! Nuclear weapons are not just about uranium enrichment. Let no one be fool enough to think that the dangers of nuclear proliferation hinge upon just one thing, the design of a centrifuge! In fact, one has to necessarily progress to making plutonium bombs. I would also be writing in more detail about the nuclear weapons programs of Israel, North Korea, Pakistan, and Iran etc. to show how popular myths have obscured the truth.

Here, suffices it to say that had it been so easy to make nuclear weapons, all those countries to which Dr. Khan is accused of having sold nuclear secrets, would have already made them. But the fact is they could not. Let us be fair to one of the most devoted sons of Pakistan whose only obsession in life was to make Pakistan a nuclear power. I deeply regret,as the ancient Romans used to say ‘abiitneminesalutato’, a fellow scientist went away without bidding anyone farewell in a style that would have done him honour.

The author Dr. N. C. Asthana, a retired IPS officer and a former DGP of Kerala, is a nuclear physicist by training. He has authored 49 books and 76 research papers that include books like ‘Nuclear Weapons and International Security’, and ‘National Security and Conventional Arms Race: Spectre of A Nuclear War’ etc. He tweets @NcAsthana.