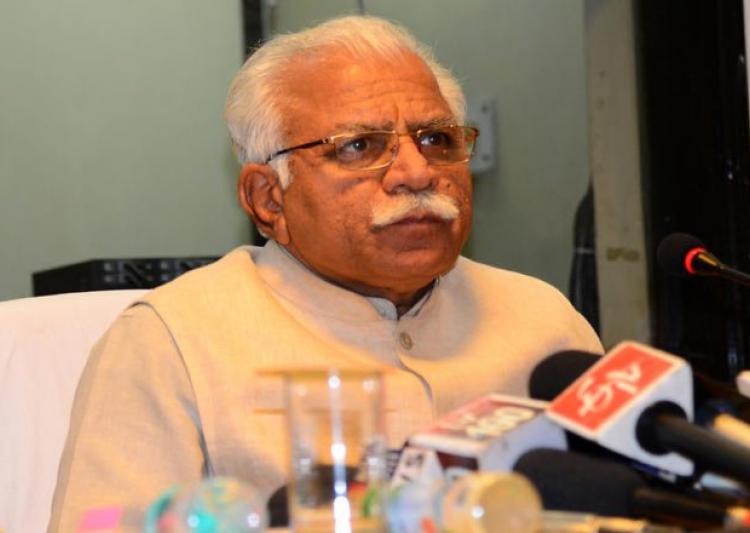 Gurgaon: Haryana Chief Minister Manohar Lal Khattar today said the case of double murder and gang-rape of two sisters and the police raids over allegations of beef being used in biryani in Mewat were “small issues” and could have happened anywhere in the country.

At the event to celebrate 50 years of Haryana, when Mr Khattar who has not been new to controversies, was asked about the CBI probe in the Mewat gang-rape case and the beef controversy by reporters, he said, “These are non-issues. I don’t pay much attention to these small issues. Today we should be talking about Swarna Jayanti.”

When prompted again, Mr Khattar said, “These were petty issues compared to golden jubilee celebrations and could take place anywhere in the country.”

A 20-year-old woman and her 14-year-old cousin were gang-raped by several men while their uncle and aunt were tied up and beaten to death in their home in Mewat on August 24. Subsequently the social media and twitterati erupted in condemnation across the world. However unmoved, the sitting Chief Minister of the state calls such ghastly crimes against a section of the society as petty issues. This lead to raising a lot of fingers on the state of governance in Haryana with the social media abuzz with condemnations.

The controversy over beef allegedly being used in biryani erupted when the Haryana Cow Protection Task Force in Charge -DIG, Bharti Arora and Gau Sewa Aayog Chairman, Bhani Ram Mangla conducted a drive to check biryani and collected samples of it from highway eateries in Mewat ahead of Eid on September 8.

Mr Mangla had claimed that there were reports of beef biryani being sold across Mewat, including villages such as Nuh, Ferozpur Jhirka, Nagina, Punhana, Bhadas, Shah Chokha and others.

Later, Haryana Minister Anil Vij said that all seven samples were found containing beef during testing at a laboratory in Lala Lajpat Rai University of Veterinary and the Animal Sciences in Hisar.

The state government had last year enacted the Haryana Gauvansh Sanrakshan and Gau Samvardhan Act, making cow slaughter punishable with rigorous imprisonment up to 10 years and a fine of Rs. 1 lakh.