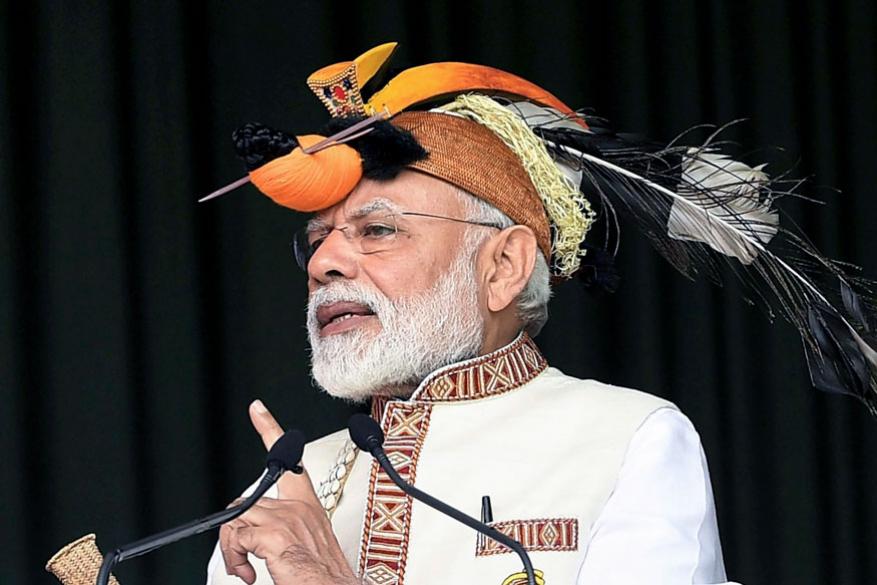 Egalitarianism is a thought in political philosophy based on the doctrine that all people are equal and deserve equal rights and opportunities.

In the context of Indian democracy, the term “egalitarianism” is used to refer to a point of view that favors, for whatsoever reasons, a somewhat greater than the currently existing degree of equality of income, wealth and status across persons.

Elitism on the other hand is the political belief that a society or system should be led by the elites.

The governance in India, post independence, have been carried on with this very essence of elitism, dominating the society through an elite group that closely bonded together through superior attitudes and behavior. They left no space for the hard working or the more suited outsiders to break into this coterie, lately referred as the Lutyens Delhi or the Khan Market gang.

The burgeoning middle class of the 80’s and 90’s in which many of us grew, was too busy toiling for their bread and butter that they barely had time to notice what the governing elites and their progeny were upto. The information fed to the masses, primarily through govt sources ensured that only palatable info reached the public.

The so called culture of elitism has not only been enjoyed by one political party or its cahoots as is commonly believed.  Rather these elitists spread across the governing spectrum, from the judiciary to the civil services to the business moguls and the royals. The list goes on. Many others, like in the Film Industry, the dominance by a few production houses and star families, has been a part of this elitism.

With the advent of social media, the RTI act and the slackening of hold on the dissemination of information, came the general awareness and the consequent awakening of the masses from the slumber.

Hard working people, people with talent and those better educated and far superior than the progeny of these elitists, started grumbling and questioning the wrongs due to this culture of elitism, many  of which we inherited at the time of independence.

It was here that quite a few, in position of influence started hammering at the walls of elitism and this phenomenon was across the board. Though the society had awakened, but much still eluded the media or possibly, in the words of General V.K. Singh, now an honorable minister, the “presstitutes” that fed on the leftovers of elitists, deliberately closing their eyes to this awakening. However, incidents with political overtones started making impact, thanks to social and digital media revolution.

The Aam Aadmi Party became one of the main offshoots of this IAC movement, having been triggered after a leading politician of the then Ruling Party, Mr Kapil Sibal, challenged the rag tag group led by an upright Mr Arvind Kejriwal, to get a mandate from the public and then stand up to the level to debate and demand, what they stood for.

Though it can’t be denied that some of these self made elitists had also seen harsher environments, had worked real hard to reach the echelons of power but these were too few to matter.

So, the Governance was largely left with those, born with silver spoons. A cursory look and you could easily pinpoint many a dumb offsprings of political bigwigs, easily getting tickets and joining the exclusive clubs that a chosen few would have access to.

One such example that stands out is that of Abhijit Mukherjee who won the 2012 Jangipur Lok Sabha constituency election from the safe seat that was vacated by his father President Pranab Mukherjee after the latter got elected as President of India. Abhijit was reelected to Lok Sabha from Jangipur in 2014 only to lose the recently concluded 2019 election to a TMC candidate.

No one recollects anything worth while mentioning during this period of 7 years that Abhijit Mukherjee held a public office, but he certainly is remembered for his degrading and lose comments, calling the protesting female students as highly dented painted women and the Nirbhaya protests as fashionable.

Shekhar Gupta in his 25th Nov 2018 article in The Print, “Here is when elitism in Congress actually started” examined the social elitism plaguing the Congress.

Rahul Gandhi, even when he wasn’t the president of the Congress party, and as early as 2013, was one of the first few Congress leaders who realized that this culture of elitism will eventually bring doom to the party, if not arrested in time.

Reflecting on his eight years while working for the party organization, Rahul Gandhi said India’s governmental system was stuck in the past and the answer lay in completely transforming it. “A handful of people control the entire political space” he said to cheering party workers. “It doesn’t matter how much wisdom you have. If you don’t have position, you have nothing. That’s the tragedy of India,” he said.

Rahul Gandhi also said many Indian youths are angry because they have been excluded from the political class. “We only empower people at the top of the system. We don’t believe in empowering all the way to the bottom,” he said.

Such a system promotes mediocrity, Rahul had added. And truly so, as I recall an encounter with a national level appointee in Professionals Congress, one of the arms of INC. The person, a novice himself, preferred appointing a naive and inexperienced female as the state head of the social media, while rejecting another dude, citing over qualification and professionally too experienced to be managed by those whom he would report to. Unfortunately, such is the tragedy with Congress that Rahul Gandhi is living and dealing with.

Nevertheless, Rahul Gandhi did undertake a herculean effort to bring in sanity and a culture of rewarding quality and talent, identifying and promoting deserving candidates, even though they had not been born with silver spoons.

However, for a party, so entrenched in royalty and elitism and a culture of “Yes Madame”, Rahul’s best efforts could not achieve much. This could be seen when after winning the state legislative elections in three states few months back, the old hawks put their foot down and in the end, it was Rahul who had to budge and compromise on the choice of Chief Ministers for the states that were won.

The hammering on the walls of Elitism had started getting louder by 2012. In the run up to 2014, Narendra Modi, the then chief minister of Gujarat led this sharp and planned attack on the Congress. Calling and referring to Rahul Gandhi in his public speeches as Shehzada, Modi started denting the image of the Congress and successfully managed to create a realization that Congress was a party of elites led by the Gandhi family.

The attacks drew protests but Narendra Modi continued with his barrage to successfully malign and brand Congress, in the eyes of the common men, as a party of elites, thereby reaping its benefits not only in 2014 but in 2019 elections as well.

Self inflicted damage even though through unintentional display of elitism continues to haunt Congress even to this day. Shashi Tharoor’s foreign accent and the pronunciation of English words like “Floccinaucinihilipilification” not only attracted kudos from damsels like Sagarika Ghosh or Swati Chaturvedi in India, but even enchanted the like of Mehar Tarar from across the border. No doubt a moment of glory further alienates the native masses back home, who take this as another manifestation of elitism.

Then there were others too like Sanjay Jha, a senior member of the Indian National Congress who, possibly disconnected with the ground realities is scoring self goals that do not augur well for the party.

My dearest Oliver ( we called him Olly ) died an hour ago. He would be 11 years in a few months.

How do you explain a relationship of crazy unbridled love where it’s a wagging tail and those soulful eyes that tell a story.

The heavens are blessed to have my little boy! pic.twitter.com/9sriZmMc1f

Though, my condolences to Sanjay Jha on the epic loss, but probably Jha didn’t realize that through his tweet he definitely looked elite, aligning with the 0.0001% of dog lovers club, in India. However as a public figure, it antagonised and drew laughter memes, with a vast majority of twitterati coming from humbler origins.

The number of zeroes in 0.0001%, though could be exaggerated, but signify the miniscule percentage of such elitists in India, who take pride in raising their dogs with such love and affection that they don’t even care to shower on their own kids. This reminds me of a neighbor of mine in Greater Kailash -1 who recently appointed a Trainer, on a hefty salary, for his very naughty and wild, four legged Pinky.

All this does not go well with the political proposition that the party presents. It is anti-elitist, non-suit boot, egalitarianism promoting, common man’s, poor man’s party. But the poor man is more busy fixing a squre meal for the day, for himself, rather than his poodle, some distant Oliver’s cousin.

On the other hand Modi in the past few years, left no stone unturned in associating with the people whom he addressed, thus adapting to the environment he was in. Jaisa Des, Waisa Bhesh, translated to “When in Rome, Do as the Romans Do” was the hallmark of Modi’s recent blitzkrieg that he unleashed on his opponets while campaigning in different parts of India. Whether it was Jammu or Arunachal or Bihar, Narendra Modi well exploited the basics of egalitarianism, born alike, to the hilt.

The heights of this could be seen in Narendra Modi’s successful move to associate himself with the masses through his “Main Bhi Chowkidar” campaign during the recently concluded Elections 2019. Similarly, associating with Chaiwala’s in the run up to the 2014 elections too had reaped rich dividends for Mr. Modi. Appearing on stages with every possible fancy head gear (with of course the exception of a muslim cap), has been in fact a non-verbal cue, a  means of bonding with the public that Modi addressed across India.

Thus Narendra Modi beat the Congress at it own game. The Party which claimed to be socialist and egalitarian — speaking for the downtrodden, Scheduled Castes, Scheduled Tribes, minorities, the weaker sections et-al lost the perceptions game about what it stood for, while Modi single handedly managed to associate himself and successfully integrated with the masses around. At least, so believes the public.

Not only on the political front, Modi’s perception war shook the very foundation of the strongest of elitist lobby in India ie. the Civil Services. The “Lateral induction” into the IAS fort, of a few experts and professionals from the industry earned the much needed applause from the public and the well-wishers of the country.

The upcoming 5 years could be a turning point in how and who gets elected in the future elections of Indian democracy. Either way, one thing is sure, the elitists are in for some bad times, while the prospects for the sincere, hard working and tech savvy professionals, in politics, are looking up.

Rahul Gandhi has a tough task taming the first generation of Congress leaders and the new generations of the various dynasties — who bring in their inherent elitism because of their upbringing and social placement. And unless this culture is curtailed, Modi continues to rule the roost.

How To Use Basic Design Principles To Decorate Your Home

Bollywood And The Muslim Stereotypes

Cash Crunch – Where Is The Money Mr FM?