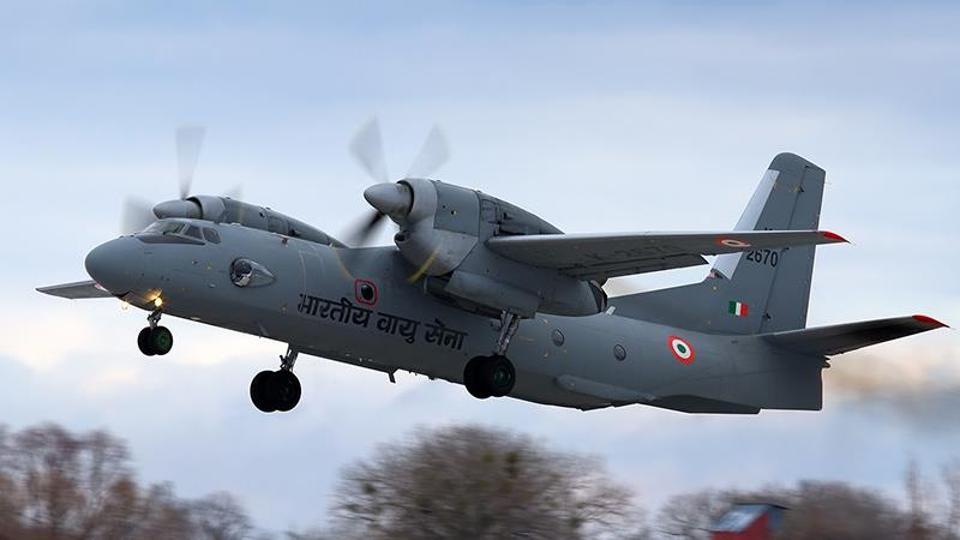 Another piece of disturbing news! An Indian Air Force AN 32 transport aircraft goes missing with 13 people on board. The aircraft which took off from IAF’s Jorhat Air base at 12:27 pm for Menchuka advance landing ground (ALG) in Arunachal Pradesh, lost radio contact after 1 pm.

This news makes me rehash the unfortunate incidents we have witnessed in the past 6 months:

19th Feb’19 – Two Hawk AJTs from the Surya Kiran Aerobatics Team crashed at Yelahanka after a mid air collision; one pilot died and two others ejected but with injuries

8th Mar’19 – MiG 21 Bison crashed near Bikaner during a routine sortie due to a possible bird hit after takeoff, pilot ejected safely.

10th Apr’19 – An Alouette Helicopter crashed into the Arabian Sea, all 3 crew safe

(The machines lost on 27th Feb’19 are not included in this list because the circumstances of the same were totally different.)

I am not qualified to comment on these incidents but it seems a bit unusual for me that we encounter so many unpleasant incidents so often. However, I have read  write ups  written by people qualified enough, like the recent one on kaypius.com and another one on N4M Media, regarding the scrapped Indo Russian aircraft deal and the $400 million An-32 upgrade, to ask questions and who should be held responsible and accountable.

As a humble civilian, I just wonder about certain things when I read such write ups. When accidents occur in Civil Aviation, keeping passenger safety in mind and in accordance with the international community and standards, the relevant measures are undertaken immediately. So when the flaws or shortcomings in our equipments and technology are so prominently visible to a former Navy Test Pilot, it obviously must be known to the decision makers ( or maybe not, because not all decision makers have are ex military men).  And if they are visible then what stops the decision makers to take relevant measures to avoid such recurring mishaps and loss of lives and equipment? Isn’t it the same government which is responsible for running the National Carrier as well as heed to the requirements of our Armed Forces?

Is it paucity of funds or a lackadaisical attitude or simply a matter of priorities? We are a country that sent Mangalyaan to Mars at an estimated cost of 454 crores and yet we continue to lose our men and machines in crashes during a routine sortie or duty.

Highest level of performance in spite of shortcomings

I have been reading Tweets about how Indian Army and Security Forces have been fighting insurgency and terrorism in the Kashmir Valley and successfully eliminating terrorists. Reports suggest that around 100 militants have been killed in various encounters including few of the most wanted ones. A testimony to the fact that nothing acts as a deterrent to our bravehearts. Our Armed Forces have never let the country down, be it rescue operations during natural disasters and emergencies or during infiltration bids. They continue to reign supreme in spite of all the shortcomings they may face. But it seems unfair to expect them to keep doing so.

Sure enough when they took up this job, they knew the hardships involved and they chose it nevertheless, but I would like to believe they chose this job to defend their nation not to go down or struggle in their jobs due to obsolete equipment and technology. A civilian would choose to move out of such jobs but the uniformed personnel are different.

Would the Armed Forces benefit with a better budget allocation?

The interim budget presented this year in February had increased Defence Budget to over Rs. 3 lakh crores, which is around 1.6% of the GDP. Out of this too 85% is believed to be currently spent on human resources. Despite this, our military has had some successful inductions this year namely Chinook Helicopters inducted in IAF, first batch of Dhanush artillery guns inducted in the Indian Army, AH 64 E Apache attack helicopters whose first batch is expected to be delivered in July this year and so on.

In spite of these, as a less informed civilian I wonder if such a budget allocation is enough for modernizing the fleet of our Armed Forces. A country like Pakistan with whom we have the most hostile relationship has a Defence budget allocation of 2.36% of GDP.  As mentioned earlier I am not qualified enough to evaluate such data.  If this budget is indeed inadequate then I hope things do change in the coming budgets. And if this budget is sufficient then why our dependence on such old equipments still (AN 32 is believed to be in service for past 35years)? These are just a few questions that stay on in the mind; questions that may never be answered. Just like people on social media choose to raise questions on ‘Jai Shri Ram’ and Triple Talaq bill, I choose to raise questions on such matters that seem important to me. Relevant or not, I do not know.

Maybe we need to relook at our priorities

All said and done, I guess the tax payers of the country would be better off if they insisted on tax money being spent on better equipments and technology for the uniformed community rather than on the freebies that are doled out or in building more places of worship.

With due respects to freedom fighters and revolutionaries who are no more, I would appreciate if money is spent on providing better resources for those guarding our borders rather than on paying obeisance to those who are dead and gone. The smart cities and development are worth the cause only when the borders are safe.

When the Armed Forces personnel are posted at such difficult areas, they are supposedly paid additionally in the form of a High Altitude Uncongenial Climate Allowance or High Altitude Allowance and so on, but I am certain that if my loved one was one of those 13 on the AN 32, none of the allowances would have mattered. Hopefully we learn soon enough to get our priorities and budgets in place before it is too late.  Till then, we can only pray for safe flights for our uniformed community.