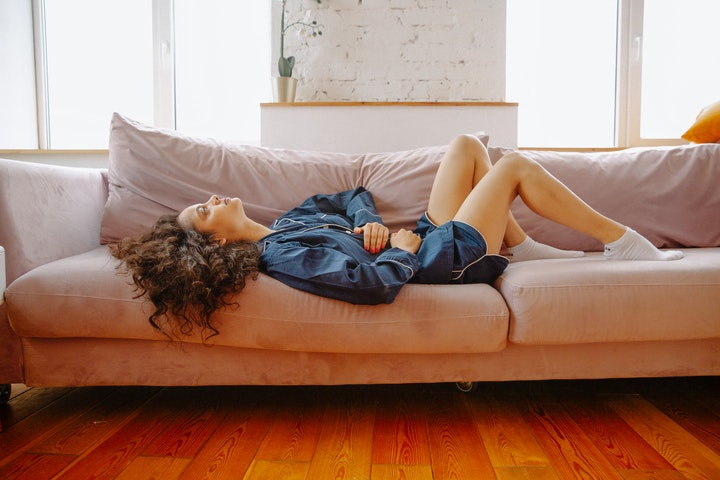 For centuries girls and women have been subjected to being the “other sex”. The female gender has been looked down upon and has been forced to stay put in the house and look after her children, husbands, and extended families. It was (and still is) believed that women “belong” in the house. And that their biological framework reprimands them from being involved in the matters of the world.

The casual hierarchical supremacy of men has forced women to fight for their place in society and banish the idea of them being “impure”. For years, Menstruation and Menstruation Leave have been used for biologically deterring women. Instead of offering equal opportunities and assignments, female biology has been used against them.

The debate on the ‘Menstruation Benefit Bill’ tabled by NinongEring, a Member of Parliament in Lok Sabha representing Arunachal Pradesh in 2018, triggered a widespread discussion on the need to have a menstrual leave policy for working women every month. PRAG, on the other hand, proudly stands as India’s First Start-up to provide Menstruation Leave to all its Female Employees. PRAG also actively operated in formulating the Menstruation Benefits Bill, 2017: Roundtable Discussion with Mr. Ninong Ering (MP Lok Sabha, Arunachal Pradesh).

PRAG as an organization claims to keep its goal of providing equal opportunity to its Female employees in the forefront. Mr. Gaurav Gautam, Founder & CEO, PRAG says, “For us at PRAG, our Female employees are equal to our male employees. We believe in working as a team, where women and men actively and equally contribute to our company’s growth. Menstruation is biological. Women don’t choose to bleed every month. They don’t have a choice. This is natural and we cannot stop it neither should we use it as a tool to depreciate their contributions and excellence. What we definitely want to do and can do is provide as much encouragement to women through these days. Giving them a day off for something biological is only feasible. If Menstruation is natural, so should be the society’s need to realize and empathize with what is natural.”

In 2017, PRAG became the first few pioneers in India who empowered its women employees and made the Menstrual Leave mandatory and paid. As a result, our women employees not only could enhance our optimum work output but further added to the core value of gender equity in our workspace.

Women are trained to not take period pain seriously. Menstruation is a shush-shush issue, which is wrong. It is part of being a woman. And hiding who you are, only makes it worse. It is stated that around 80% of women experience severe period pain and cramps. And, about 20% of women suffer period pain that can disrupt their life, especially on the first day. This is not only limited to abdomen pain but also nausea, cramps, and headaches. It is only right that we provide the women who work with us- a supportive work environment and considerate policies.

Talking about how and why Mr. Gaurav Gautam thought of making Menstrual Leave mandatory he says, “I hail from a state where Menstrual Leave was accessible by women since 1992. We definitely have, for long, kept the issue under wraps. But, women employees in the Bihar Government Services have been eligible for two days of Menstrual Leave since 1992. Since the inception of PRAG, I had the opportunity to work with female employees and overlook their performances. I came to know that women were overlooking their affliction to not subject themselves to any sort of prejudice for being on their Period. That was when we decided to make Menstrual Leave mandatory for our female employees to avail every month.”

Given the difficulties and biological complexities that women go through, a day or two of Menstrual Leave only seems as their right. Some women may object to this because it only adds to the bias in the workplace. But, that is not true. This needs to change. Punishing women for what is biological- being on their Period, is like punishing trees for bearing fruits. We cannot “punish” people for what is natural. Can you punish people for blinking? No. Because it is natural and involuntary. So why punish women for bleeding every month? If we are using Menstruation as a tool for unfair treatment towards women- as a means to pay lesser, slow down their promotions, hiring biases, and reducing their board-meeting participation, we’re only giving the patriarchal hierarchy a nudge. And that does not benefit any of us in any way.

Women do not and should not have to “tolerate” pain just to “fit” in society for something that is not even their choice. At PRAG, we stand firm with making Menstrual Leave an essential law and should be a strict practice to be followed by all blue, white, pink, golden, and other representations of collar jobs. In a country where women are made to feel “ashamed” for going through something biological, we need to raise our voices and work towards normalizing the Period. There are a thousand of biases that have been doing the rounds for centuries against women already. Let us work towards the un-making of this taboo and conciliate Menstruation and Menstrual Leave.

How To Know Your Business Should Pursue Litigation?