Home India The Silent Killings – Yet Another Police Encounter In Mewat, Haryana! 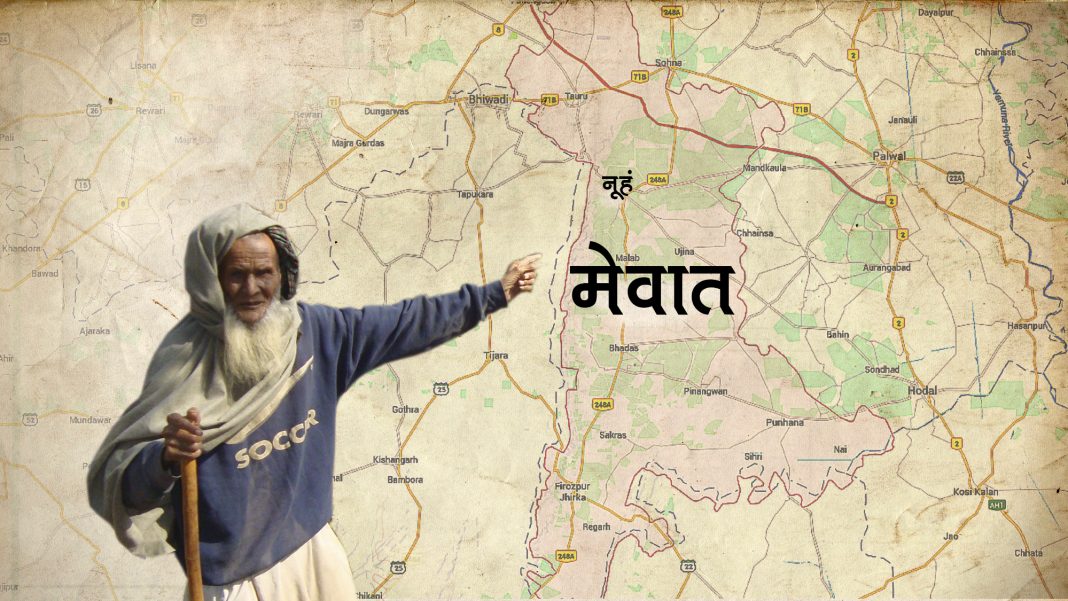 In Nuh District (Mewat) of Haryana, a boy from Khadkhadi village – Munfaid alias Chaura was killed in a police encounter on 16th Sep 2017 The victim’s father has in a written complaint to Police named four police officers and alleged that they conspired and murdered his son. The report of the Fact Finding conducted by members of a samaritans collective called Citizens Against Hate (CAH) was made available to the N4M Media team.

As per the report by CAH, this is not the only case of police encounter in Nuh. The past few years have seen a surge in cases of extra judicial killings of Muslim youths by police in Nuh and Faridabad Districts of Haryana. These are mostly on the suspicion of them being criminals. The recently published fact finding report called “Lynching Without End”, by Citizens Against Hate, looked at religiously motivated vigilante violence in India. The Report states that a rapid listing of police encounter cases led to the identification of 11 such cases involving 15 deceased, in Nuh district alone.

Some important points regarding the current incident as brought out by CAH:

The victim’s father has in a written complaint to Police (see below, as received from CAH Report) alleged that in the evening of 15th Sep 2017, his son called him and his father in law (Khurshid s/o Rehmat) to village Dekadi, PS Nuh. There Munfaid told them that CIA (a state police team in Haryana) staff members namely, Vikrant, Shakti Singh, Satish and Siddharth had called him to Rewari to meet them, and have told Munfaid that they will close all the false cases registered against him if he does some work for them.

The victim’s father and Father in Law, in order to escape the everyday harassment by the police, advised Munfaid to do whatever the police are asking him to do. Thereafter, on the morning of 16.09.2016, the victim’s father was informed that his son was shot at Kala Pahad ki Ghhati, Tauru Nuh Road at around 2-3 am. In his complaint, the father has alleged that the above named officials have conspired and murdered his son.

However, it is alleged that in an attempt to cover up the incident by the police, the FIR lodged by the Police, is not based on the complaint given by the victim’s father. The FIR is infact based on the statement given by Inspector Mastana, CIA Staff, Nuh, Haryana. The FIR states that Inspector Mastana, came across a white pick-up truck (registration number of the truck not mentioned in the FIR) in the middle of the road near an abandoned mining Kanta in Tauru Ghhati, where he found an unidentified person grievously injured. The victim was taken to Nalhad Hospital, Nuh, where he was declared dead.

According to Islam Hussain, the victim’s father, Munfaid was in constant touch with the police officers regarding a false criminal case that had been filed against him and that Munfaid from time to time, on the instruction of the police officers, used to carry out some work for them.

Khurshid, the father in law of the deceased mentioned the names of Vikrant and Shakti Singh, saying that Munfaid had even given one of them Rs 2000 a few days back to remove his name from the case.

Islam, Munfaid’s father has alleged that when he reached the mortuary he saw the doctor along with the police officers were tearing the clothes present on Munfaid’s body and trying to remove something from his body.  When he objected, he was abused and asked to leave the room.

As brought out by the CAH team, the residents of village Rozkemeo informed the fact them that Munfaid was accompanied by his three friends when he had gone to meet the police officers, who saw Munfaid being shot by the police.

The eye witnesses have informed the residents of the village that the police officers came in a green Bolero Car which stopped right infront of their vehicle. Munfaid who was sitting in a car with his three other friends was shot at by the officers.The three friends, scared for their own life and limb ran away from the spot and informed the villagers about the murder. The residents of the village also informed the fact finding team, that the eye witnesses perceiving a threat to their lives have not yet given a statement to the police and are currently in hiding.