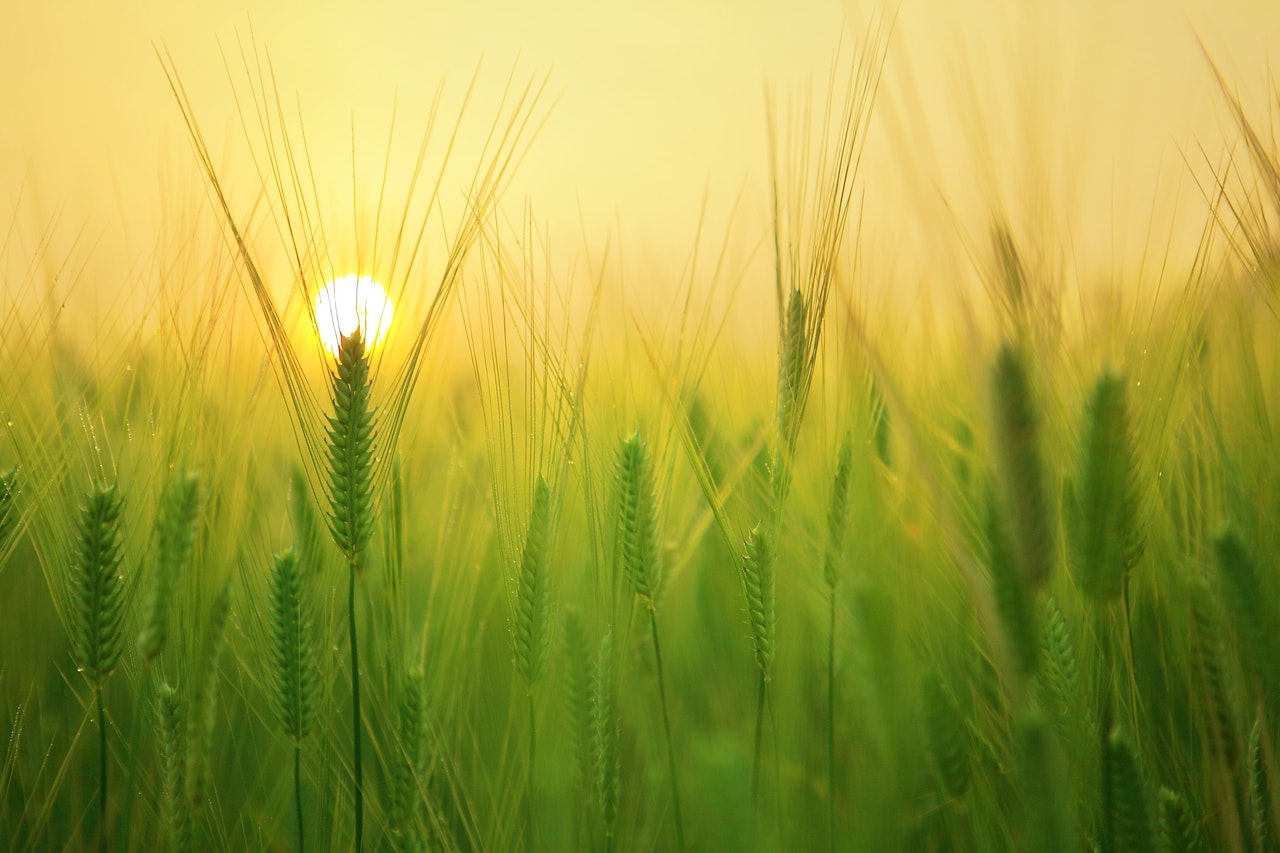 The country is deeply polarized and so every issue is viewed from the prism of the political dispensation of the person attempting to understand the issue. There is a need to take a dispassionate account of the issue from all sides and deeply analyze the farmer’s issue. According to Mr. Vadde Shobhanadreeswara Rao, a farmer leader,former Minister of Agriculture in AP &, Member of Parliament, “the average income of the farmer in India is Rs.8,000/- per month while the lowest paid Government employee salary is around Rs.21,000/- per month”. This should be a matter of shame for the nation especially because they constitute over 70% of the population of the country.

Farming in India has been in private hands since Independence. There have been no restrictions on selling outside the Mandis to anyone. 2% levy to facilitate expenses to provide farmers services and maintain the Mandis. 7200 Regulated APMC Mandis and hundreds of private yards have been operational for yearswith a market levy of 2% market cess and 2% user charge for Commission agents non-perishable products. Contract farming has been going on for a long time with Sugar, tobacco industry and others directly buying from farmers. ITC, Nestle, Pepsi and other large organizations have been giving contracts to farmers especially in Punjab and Haryana. However, farmers have been always facing the problems of indebtedness, lack of access to capital, lack of adequate agricultural infrastructure like silos, deep freezers etc. and left to the vagaries of nature. Due to farming not being lucrative, there has been an exodus in the next generation. Sharing the land with other family members has further truncated the land ownership.

To incentivize farmers for Green revolution and to cater to the Food distribution thru ration shops for the large majority of poor, the Government opted to purchase some of the agricultural products at Minimum Support Prices. However, in practice, the government has mainly procured only paddy at MSP for distribution to the poor. Barely 23 or 26 crops or 5-7% of the produce is covered by MSP so far. Govt. also facilitated APMC Mandis for the farmers to sell their produce at the auction. As it happens, poor implementation, vested controls of the Mandis resulted in a demand for reforms for better pricing and accessibility. The best and most widely accepted recommendations were that of Mr. M S Swaminathan.Report demanded a Minimum Support Price of C2 plus 50% for the farmer and a whole host of other reforms to be taken holistically. All parties have concurred with the report and have been discussing reforms. The main demand of all farmers has been to make MSP applicable to all agricultural produce. This is the challenge, given its huge financial implications.

In 2017-2018, the BJP Govt consulted a few state governments and finalized a MODEL APMC Act 2017, which outlined private yards and linking of market yards with eNAM. In 2018, a model contract Act was also brought forward.  At the behest of the 15th Finance Commission, in the Feb 2020 budget, States was encouraged to adopt the Model APMC laws and the finance minister assured financial support for the same. However, by Sept/October, 2020, all this was brushed aside and the three farm laws were steamrolled, without consultation with anyone, thru the parliament and made into a law. Section 2m(i)(ii) and Section 6 of Farmers Produce Trade and Commerce ACT are in absolute contradiction to Sections 3,4,7(1)(2), 8(1),9,10,11,12,12(2),(5),66(1),67(2)(3) and 79 of the Model Act that was recommended by the Modi Government itself.In the process, the government violated the basic democratic norms. The Rajya Sabha speaker deliberately ignored the rules and passed the bill without putting it to division, as the government did not have the majority. The fact that such an important law was passed in such a short time without adequate discussions and referring it to Select Committee, sets, at the very least, a wrong precedence in democratic functioning.

Farmers are agitating for not being consulted. Some Farmer’s unions claim that their repeated submissions to the Govt were ignored and not acknowledged. Farmers decided to protest and gave a one or two months notice to the government about their plans to block the roads to Delhi if they were not given a hearing. With no response from the government, Punjab, Haryana,UP and Rajasthan farmer’s mobilized their members to march to the capital with a demand to repeal the laws. The Government ‘s handling the situation, now rebuked by the Supreme Court, resulted in the farmers and Government taking firm inflexible stands. Nine meetings with the government resulted in stalemate. While the agitating farmers in Delhi held the firm view that the issue was between them and the government, some farmers and political parties approached the Supreme Court challenging the constitutional validity of the three laws. Supreme Court attempted to seek way of breaking the impasse and resolving a potentially explosive situation by stepping outside their traditional charters. They were attempting to, with the best intentions, seek an amicable solution rather than arbitrate on the constitutional validity of government farm laws, making of which falls under the parliamentary turf. However, by being in a hurry to name a committee of people who had clearly identified with the government position it appears to have violated principles of “Conflict of Interest” giving rise to suspicion of bias and an attempt to scuttle the legitimate points raised by the farmers.

What Is The Key Issue?

Farmers rightly demand that they must be compensated for all the input costs, labour and other reasonable items based on the Swaminathan Commission. They believe due to their vulnerabilities, they barely get reimbursed for their costs. They want a MSP and minimum procurement garauntees. Viewed from a moral, ethical or rationale point of view, this appears reasonable. On the other hand, the Government’s dire financial situation, which is already steeped in loans to the tune of Rs.40 lakh crores, has no way of implementing this even if it wants to.

What Is The Government Role?

It is the role of the government to help the weakest links, at a minimum, provide the much-needed investments in Silos, Warehouses, and deep freezer infrastructure as also providing water, electricity, seed, fertilizer and technological support from time to time. This would provide holding capacity to the small and marginal farmers instead of having to sell in distress as they are presently doing. The government needs to provide an ecosystem to enable productivity, crop failure protection and the above infrastructure in the agriculture sector.

What Is The Controversy And Arguments Of Stakeholders?

The new laws have kept the 7200 Regulated yards, hundreds of private yards, cold storage facilities, sub Mandis out of the trade areas putting them at a disadvantage. Further, there have been numerous committees set up a number of times only to scuttle the implementation of the M S Swaminathan committee recommendations.  There are a number of issues but its best to focus on the most critical arguments.

Farming has been unsustainable all around the world. Over 75% of our country’s population is dependent in farming. In the initial days after independence, government undertook so many projects like irrigation dams and other projects to boost agriculture. After Green Revolution, the government’s attention shifted away from farming and neglected investments in agriculture. Also, small and marginal farmers today characterize agriculture.

Also Read: Strategies To Mitigate And Resolve Unemployment In India

India cannot succeed without a profitable agriculture and agricultural sector. There is a lot of scope for agriculture industry to be developed. It must be the government’s responsibility to provide the needed infrastructure for farming as they do for industry.

So, the key issue is to make agriculture a profitable business. Adoption of the M S Swaminathan committee would resolve the issues and no committee are further needed. To make agriculture successful, it needs to have investments in warehouse, deep freezers, drip irrigation, good quality seeds, transportation and other farming inputs at reasonable price and access to markets. All this calls for a lot of investments. Government is faced with a weak economic structure and heavy indebtedness and does not have the money to invest. There is a need for private sector involvement to achieve all this.

The following are some of the ways that could be considered to make headway:

Farmers need to partner with businesses that have the resources to help them. Private sector can not only bring in investments but also inputs, working capital funding, quality systems, planned approach, technical and managerial inputs to help the farmers. However, this can be workable only if government sets up a regulator mechanism that will ensure a 50% partnership between the farmers and the businessmen. Without a forged partnership framework between the farmers and businesses on an equitable basis, the farm policies will only destroy the farmers.