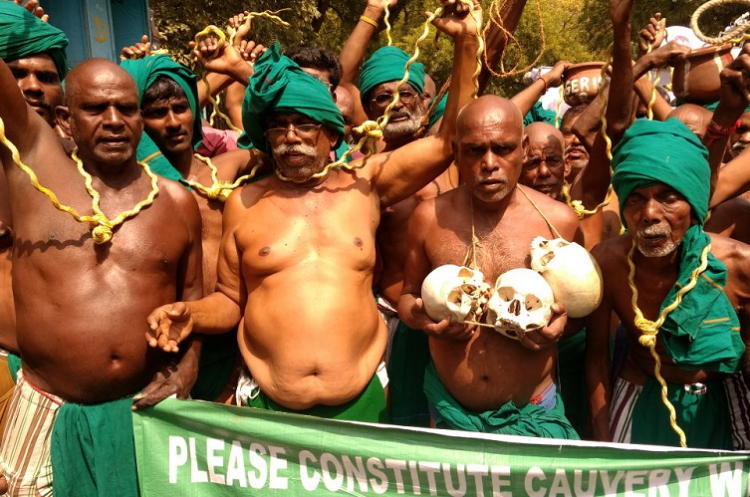 New Delhi (IANS): The BJP-led government has not fulfilled its promise of providing adequate remuneration for agricultural produce in its three years of rule and if it does not mend its ways it will have to face a negative outcome in the forthcoming elections, warn farmer leaders and unions.

Yudhvir Singh, General Secretary of the Bharatiya Kisan Union (BKU), said the Bharatiya Janata Party (BJP) had promised minimum 50 per cent profits over the cost of production, which made it win the 2014 Lok Sabha election.

“The rate farmers are getting currently for their agriculture produce is much lower than the input cost. For example, farmers spent about Rs 1,600 to produce a quintal of wheat, but the government’s rate is around Rs 1,200,” he said.

“Now, the government does not want to even discuss its promise of 50 per cent profit. Farmers are under financial burden and the government’s apathy is further intensifying their woes. How can one expect farmers to remain calm in such a situation? They will express their anger in the elections to come.”

Farmers in several states, such as Maharashtra, Madhya Pradesh, Haryana and Tamil Nadu, have hit the streets demanding better remuneration for their produce and a loan waiver.

Farmer leader and Lok Sabha member from Maharashtra Raju Shetty, whose Swabhimani Shetkari Sanghatana is an ally in the National Democratic Alliance (NDA) government at the Centre, said the Narendra Modi government had broken the trust of farmers by overlooking their issues.

“Farmers are broken due to droughts of two consecutive years and and fall in prices. As they do not see any solution coming from the government, they are feeling cheated. If the BJP wants to win elections again, it will have to act in time and resolve their issues,” Shetty said.

Badrinarayan Chaudhary, General Secretary of the Bharatiya Kisan Sangh (BKS), said that the government should go back to the drawing board and revise the remuneration rates being offered to the farmers.

“The government had appealed to farmers to cultivate pulses last year but it did not buy them when a bumper crop was reported this year. So, farmers had to sell pulses much below the minimum support price (MSP) in the open market. The government should address the farmers’ issues and revise the rates of agricultural commodities for their welfare,” Chaudhary said.

P. Ayyakannu, a farmer leader from Tamil Nadu who had grabbed the headlines by resorting to unusual and shocking ways of protests in the national capital two months ago, demanded a loan waiver to save farmers from the financial distress.

“Despite the Madras High Court’s directive, the Tamil Nadu government has not waived off our loans. Even the central government has failed to provide us respite. Banks are selling our land as we do not have money to repay. Is it not the government’s duty to save us?” Ayyakannu said.

While Singh and Shetty supported the demand of loan waiver, saying it had arisen out of helplessness, Chaudhary opposed it, saying it would be like cheating those who are paying back their loans honestly.

Stressed Due To Covid19 Pandemic? Now No More!!

Your Essential Guide To Comprehend Legal Technicalities Of Bail Bonds