Home Lifestyle Entertainment How And Why Does Bollywood Promote Stalking? 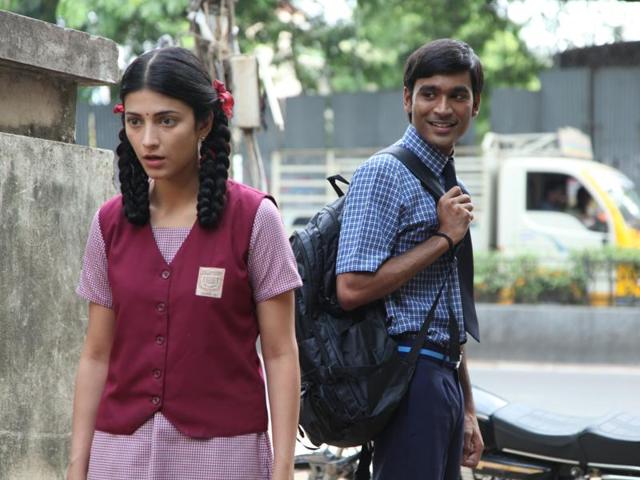 For a long time, Bollywood has been promoting stalking and toxic masculinity. With its huge reach and fan following, why would Bollywood do such a thing? Or why does Bollywood allow this?

For years, this phenomenon has been happening without much objection. Most of these movies have done quite well at the box office; many have turned out to be huge hits. Tere Naam, which had Salman Khan, one of the biggest stars of Bollywood, as its lead hero, was supposedly a love story, where the hero falls in love with a girl, who is not interested in him. The male lead then not only follows her but also threatens to kill himself until she is fall in ‘love ‘ with her. The movie then takes an unusual turn with a sad ending but it still went on to become a blockbuster. After the film, the ‘Salman look’ became a huge hit. And the film is considered to be one of his best till date.

One can imagine the impact this hit movie had on his fans. Many guys must have come out of the movie hall thinking it is not only okay to stalk a girl but that stalking was heroic, something which can be done without any remorse or regret. That it’s okay to follow a girl, trying to impress her against her wish, until she eventually reciprocates the feeling. The man eventually wins the girl and the girl’s initial refusal is forgotten. If Tere Naam encouraged guys to pursue a girl until she assented to the advance, Ranjhana went a step further (or, more correctly, a step backward) in making the guy continue to pursue /stalk a girl even after she refuses him openly and declares her hatred for him. In his blind obsession, the guy pursues the girl, eventually causing the death of the girl’s fiancée.  Although the girl is devastated and hates him, he continues to follow her wherever she goes. The only saving grace is that the girl never falls in ‘love’ with him till the end and finally conspires to get him killed. The movie ends up portraying the girl in a negative light. She doesn’t fall for him; rather, she is the reason for his death. So either the ‘good ‘ girl eventually falls for the ‘hero’ or turns negative by becoming the cause for his death. Both the ways, it is the girl who either changes her stance or becomes the victim of hatred.

The recent blockbuster, Aye Dil Hai Mushkil, also had a similar story with few twists and turns, sugar-coated with a layer of friendship. The main protagonists start off as friends and the hero falls in love with the friend, who refuses to fall in ‘love’ with him. Consequently, the guy throws tantrums, breaks up the friendship, until he comes to know that she is suffering from a terminal disease and is about to die. Even in the gloomy situation, he continues to pursue her with no change in her feelings. In this movie, too, death plays the equaliser. After her death, the guy realises that love can’t be forced. Sigh! So much for creativity and novel ideas.

Bollywood And The Muslim Stereotypes

In all three movies I discussed above, stalking is portrayed as ‘true love ‘ and anything is justified in the name of ‘true love ‘. Toxic masculinity is candy-flossed as emotions worth dying for. There is no harm in stalking a girl simply because the guy thinks that his feelings are true and the girl will realise the worth of his feelings. Until that elusive moment of reciprocation comes, following her everywhere, embarrassing her in front of her friends and families, even humiliating her family members is justified in the name of ‘true love ‘. The most disturbing thing is that these movies get replicated in real life. There is umpteenth number of incidents where obsessed guys on refusal have taken drastic steps. Chennai recently witnessed the murder of a girl in broad daylight after she refused the guy’s proposal. These incidents only add to increase the TRPs of news channel and nothing else. Both the film makers and the actors fail to understand the negative impact of such movies. In spite of encouraging a negative trend, these movies make huge money at the box office. No one from within Bollywood is bothered about the negative impact on the minds of the viewers. The popularity of these movies blurs the line between the real and the reel.

Only a few feminists have been concerned by this trend and have been complaining. But Bollywood, blinded by the moolah, is definitely not listening nor plans to in the future. Movie stars who suddenly turn into activists before the release of their new movies are oblivious to the danger their movies cause. Box office success and career growth are their main criteria. Interestingly, these stalker movies have also revived the careers of the stars: Tere Naam gave a new lease to Salman Khan, Ranjhana was good for both Sonam Kapoor and Dhanush, ADHM became the much awaited hit in Ranbir Kapoor’s career. It is worth observing how these movies, which promote stalking and toxic masculinity, give the much needed push to the careers of the stars.

These ‘stalker heroes ‘ of Bollywood are so well appreciated that it sends a disturbing and not so subtle message – the society enjoys this masculinity. Isn’t the success of these movies indication how popular stalker ‘heroes’ are role models for many men? Will Bollywood ever wake up and look beyond box office success? Will it acknowledge how it is glamourising stalking and risking the lives of women/girls? Will it ever wake up?

5 Simple Tips To Transform Any Space