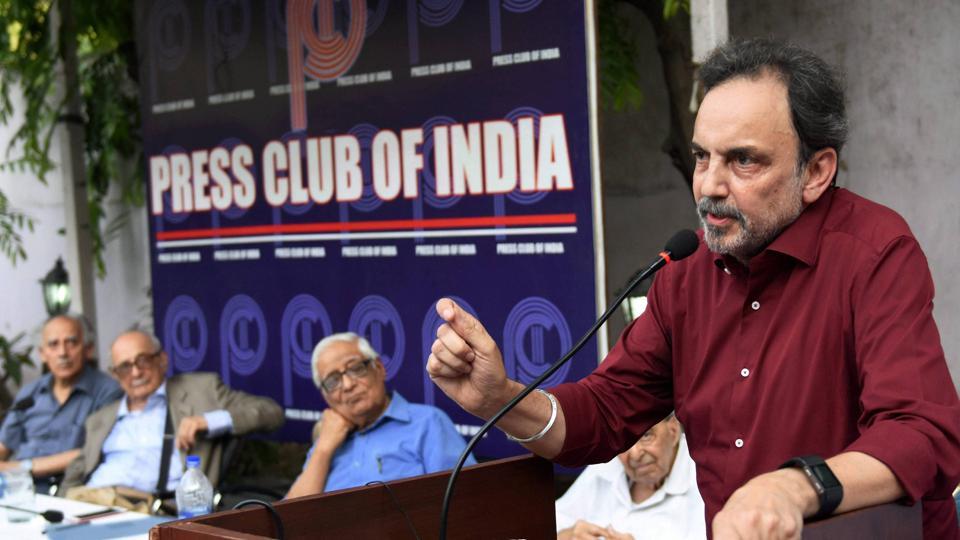 New Delhi (IANS): NDTV founder Prannoy Roy on Friday said the CBI case against him was “ridiculous and a concocted set of facts” and asserted that he and his wife Radhika Roy “never touched black money and never bribed even a single person” in their lives.

He was speaking at a protest meet organised at the Press Club of India which was attended by a number of senior journalists including Kuldip Nayar, S. Nihal Singh, Arun Shourie, H.K. Dua, Shekhar Gupta, Om Thanvi and Raj Chengappa as well as noted constitutional expert Fali S. Nariman.

Roy vowed to fight the charges openly and transparently and called for a time-bound inquiry.

“This is not about NDTV, this is a signal for all of us. And the fact that there is no case, but a flimsy, ridiculous, concocted set of facts.

“They are trying to tell us – ‘We can suppress you even if you have done nothing wrong’. They are telling us ‘We will fix you even if you are innocent’. Remember that signal and fight it. We must… Be clear it’s a signal for the entire free press of India,” he said, adding that freedom of press was precious and should be guarded staunchly.

The Central Bureau of Investigation (CBI) earlier this week searched the houses of Roy for allegedly causing “loss of Rs 48 crore” to the ICICI Bank.

Amid protest by journalists, NDTV had said the CBI had “stepped up the concerted harassment of NDTV and its promoters based on the same old endless false accusations” and the raid was “a blatant political attack on the freedom of the press”.

Roy said journalists should stand up to all pressures.

“Their (government’s) basic idea is crawl or we will come and get you. So stand up, they will never come for you. Mark my words,” he said, stressing that his fight was not against investigative agencies but against politicians “who are manipulating and want to eviscerate these institutions. They want to disembowel them”.

He also said the petitioner in the case, Sanjay Dutt, was being used as a tool.

“I commit to you we will answer every one of these false charges openly and transparently. All I ask is please make it a time-bound process. We would just love that,” he said.

Calling the CBI raids an attempt by the government to exert “overt pressure” on the media, he said ‘boycott’ of ministers was essential to fight for freedom of the press as it was wrong to assume one could buy peace with the government by publishing ministers’ articles or running their interviews on TV.

“Do not call them (ministers) to your functions,” said the former BJP leader who was part of the Atal Bihari Vajpayee government.

He recalled that when the Rajiv Gandhi government brought the defamation bill, journalists decided to ask every minister at press conferences whether they supported the legislation. If the answer was ‘yes’ or supportive of the bill, the reporters would walk out.

Shourie also urged journalists to redouble work that annoys the government. “News is what the government wants to hide. You should excavate that.”

Nariman said that while no one was immune from prosecution for a crime, the justification given by the CBI made him believe that this was an assault on the press and media freedom.

He noted that the FIR was filed by the CBI on the basis of a single complaint and not based on any discovery.

“It should have told the complainant to file a complaint in a criminal court but rather the raids took place….”

Nayar said that the current circumstances and the way media organisations were being attacked reminded him of the “Emergency”.

“We know press is the foundation of democracy. This commitment is now needed that we would never allow the press to be muzzled,” Nayar said.

Politicians Fight It Out Over Army Chief’s Appointment

Applause for The Cause – RALLY For RIVERS!!!