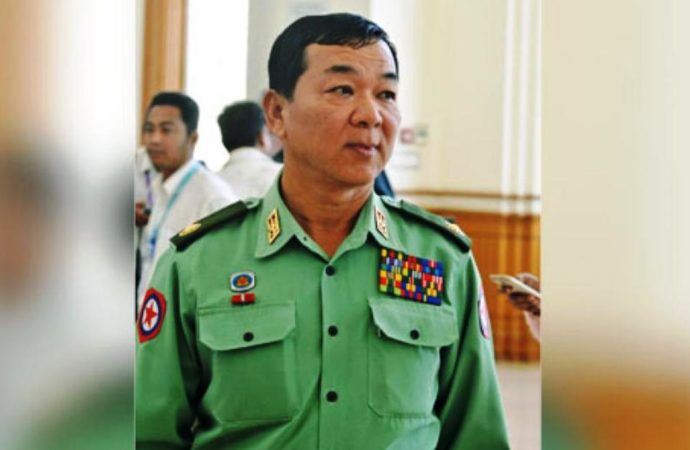 The opportunity came knocking. The turmoil in our immediate neighborhood, when the world started crying hoarse over the so called ethnic cleansing of Rohingyas, presented a golden chance for India to have asserted its influence in the region. An influence to impart justice and establish peace at its very doorstep and thus emerge a proven champion of humanity that it so profusely professes.

On the contrary as Indian diplomatic efforts remained sluggish with the MEA pausing to think for a clear line of action, the US took the lead despite being far off from its mainland, reminiscent of its role as an assertive global cop reinforcing Justice and Rule of Law beyond geographical boundaries.

Launching a new sanctions regime targeting human rights abusers worldwide, the US today slapped sanctions against 14 individuals, including a Pakistani surgeon and a top Myanmar general, who is accused of leading an ethnic cleansing campaign against Rohingya Muslims.

Maung Maung Soe, in his former role as the chief of Burmese Armys Western command, oversaw the military operation in the Rakhine State responsible for widespread human rights abuse against Rohingya civilians in response to attacks by the Rohingya militants, the Department of Treasury said.

Rawalpindi-based Pakistani surgeon Mukhtar Hamid Shah specialised in kidney transplants who police believe to be involved in kidnapping, wrongful confinement, and the removal of and trafficking in human organs, the Treasury said.

As an owner of the Kidney Centre in Rawalpindi, Shah was involved in the kidnapping and detention of, and removal of kidneys from, Pakistani laborers, it added.

Ahead of the sanctions, President Donald Trump signed an Executive Order today declaring a national emergency with respect to serious human rights abuse and corruption around the world and providing for the imposition of sanctions on actors engaged in these malign activities.

As a result of this, all of the assets within US jurisdiction of the individuals and entities included in the Annex to the Order or designated by OFAC are blocked, and US persons are generally prohibited from engaging in transactions with them.

“Today, the US is taking a strong stand against human rights abuse and corruption globally by shutting these bad actors out of the US financial system.

“Treasury is freezing their assets and publicly denouncing the egregious acts they?ve committed, sending a message that there is a steep price to pay for their misdeeds,” said Secretary of the Treasury Steven T Mnuchin.

These actions advance American values and promote the security of the United States, allies, and partners, Secretary of State Rex Tillerson said.

“We must lead by example, and today?s announcement of sanctions demonstrates the US will continue to pursue tangible and significant consequences for those who commit serious human rights abuse and engage in corruption,” he said.

The sanctions list includes Yahya Jammeh (Jammeh), former president of Gambia; Roberto Jose Rivas Reyes, president of Nicaragua?s Supreme Electoral Council; Dan Gertler, an international businessman, and Slobodan Tesic, who is among the biggest dealers of arms and munitions in the Balkans.