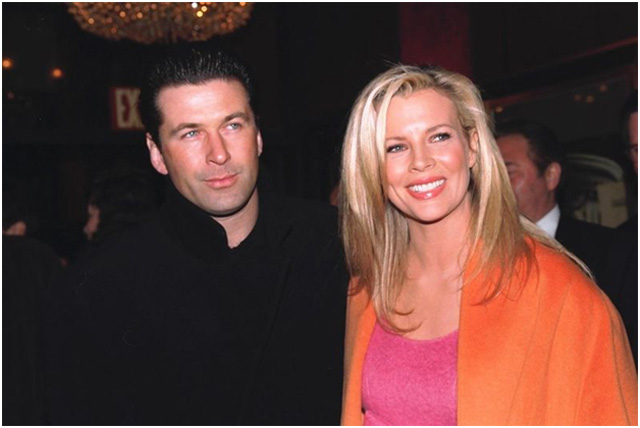 Kim Basinger literally became a symbol of the most replicable type of appearance – a blue-eyed blonde with plush lips and an athletic physique. A lot of Russian brides have such an attractive appearance, which doesn’t leave any man indifferent.

The young model was born in the American province and dreamed of running off to a big city. Nothing foreshadowed much success, even her parents did not consider the girl beautiful, and the doctors diagnosed autism. She had a short model career and a couple of unsuccessful movie roles. Only when she was in her 30s, she became famous thanks to her role in the movie Never Say Never Again. And after the release of the movie Nine ½ Weeks where she played with Mickey Rourke, Kim got the title of the main sex symbol of Hollywood.

The Beginning of a Love Affair

During the shooting of the movie Hard Country, Kim Basinger met with makeup artist Ron Britton. They started a relationship and then got married; however, their family life ended in a long exhausting divorce. Kim was at the height of her fame, and Ron was going through a rough patch. As a result, he sued the pants off from the ex-wife and blackmailed her to reveal the details of living together. After the breakup with Britton, Kim began a torrid affair with the singer Prince, but both of them were too temperamental. And exactly at that moment when Basinger was closed to relationships, Alec Baldwin appeared in her life.

A love affair of Kim Basinger and Alec Baldwin is a part of the “golden fund” of the great love stories of Hollywood. Everything was like in a fairy-tale: the actor fell in love with Kim at first sight; he found out that Kim would appear in the film The Marrying Man and did everything possible to get the main male role there. Becoming a partner on the set, he tried to win the heart of Basinger with his courtship: he brought her flowers into the dressing room every day, made declarations of love, and satisfied any whims. When they met, Kim was 37 years old, and Alec was 32, both were famous, but Kim suffered much in previous relationships and preferred not to hurry. It took him two years to make her agree to get married.

The crew of the movie The Marrying Man recalled their tumultuous romance as follows, “It was a real disaster: quarrels and reconciliations, tears and hugs, door slamming and many hours of telephone talk. When they were sorting things out, the sparks were flying everywhere.”

Baldwin who had been known for his punctuality, calmness, and rationality, became nervous, impulsive, as was Basinger. Obviously, the passion for Kim completely overwhelmed him. Because of the dramatic quarrels and reconciliations, the couple brought the whole team and director to a heart attack: the budget of the picture increased from 15 to 23 million dollars because of Kim and Alec.

There were also quite crazy things: when Basinger went to San Francisco, Alec chartered a plane that flew over the set with a banner, “I love you, Kim!” Nonetheless, it was not these special effects that prompted Kim to accept his marriage proposal.

In the mid-90s, the actress was in the center of a grand scandal: she refused to appear in the film Boxing Helena after reading the scenario, but she had already signed the contract. The court ordered her to pay penalty in the amount of $ 9 million; it was huge money at the time. Despite the fact that the actress made enough money, she did not have such a sum because of financial illiteracy and profligacy, so she could easily go to jail. The actress declared herself bankrupt, and Alec paid off her debts. After that, the couple got married.