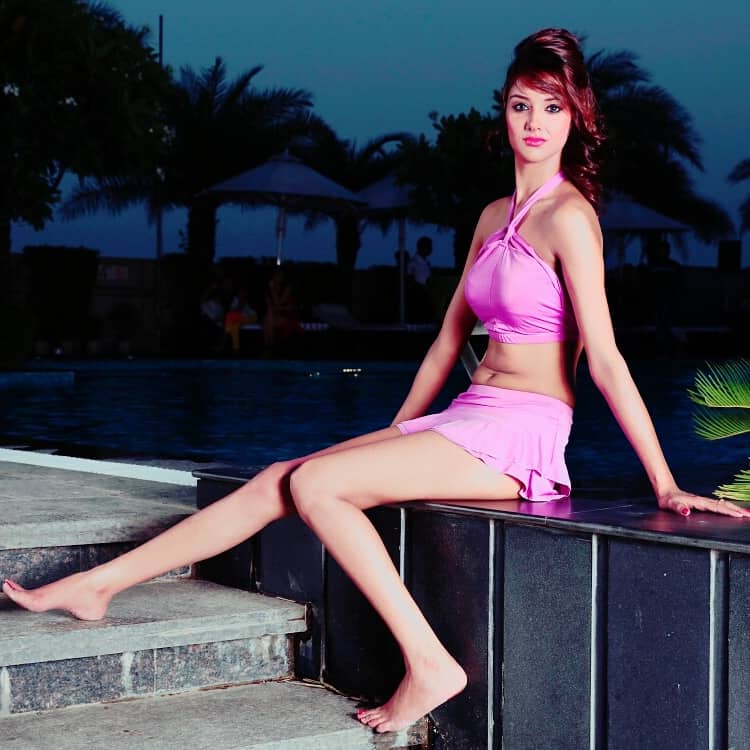 There are thousands and thousands of girls in India who aspire to be a model, to be associated with the glam world. But while most of them give up, its only a few who continue and achieve success.

It is really tough to become a model in India, especially if you are from the regular social group. Nonetheless, here is a girl, despite her humble beginnings, with her sheer determination and focus, struggled hard to attain a supermodel status. Yes, Naina Nanda, now a fairly renowned supermodel and emerging actress of B-town, did it. As she recalls, she had to struggle hard, but ultimately achieved what most girls only dream of.

Tracing Naina’s Journey from ground zero to a Supermodel:

Like all other girls, Naina was also a normal girl with no film and modeling background. However, she always wanted to be an actress, but she had no idea on how to start her journey to stardom. Once her mother asked her to fill a beauty competition form. Initially, she refused to participate in the MAY QUEEN 2013, but when her mother persisted, she decided to try her luck. To her own utter surprise, Naina was declared the MAY QUEEN 2013 winner.

Having won the title of a reputed beauty pageant, she started getting various offers from the modeling world. “My Scary Days of Modeling” Yes, Naina called those initial days of her career as scary. Having easily won the first beauty competition of her life, the road to modelling was not easy and she still had to face many disappointing outcomes. “It was really difficult to maintain my confidence those days as I often got totally disappointed”, said Naina.

However, after a few dark days of her career, she again started getting modeling opportunities. It was in 2015 that she again got the taste of success and was declared the winner of Miss Jhansi. As luck would have it, Naina could also manage her wildcard entry to the prestigious MISS BELLEZA 2015 beauty contest in Gwalior. It was around this time that Naina became the first choice of the entire lot of local modeling agencies.

The biggest breakthrough came to Naina’s life when she won the title of Miss India Second Runners up in 2016. She was also able to win the title of the prestigious “Super Model 2017”. With such laurels in quick succession, Naina came to be recognized as a  supermodel, famous in the modelling and the glamour world.

As on date, Naina has indeed graduated to be a showstopper, a deep desire of every model, but attained by a chosen few. Now, Naina has risen to be among the top supermodels in India.

Path to Bollywood Opens Up:

Yes, apart from being a renowned supermodel now, Naina is also debuting in Bollywood with a short movie, which is based on RAPE. With her dexterity and extra-ordinary talent, Naina is bound to grab success when it comes to real acting. Her childhood dream to be an actress has finally taken shape. She is sure to make a mark in this arena of entertainment as well just as many a supermodels in the west graduate to become successful actresses.

When asked about her making it big in the acting field, she replied that she only concentrates on her work and leaves the rest for destiny to take care. An amazing answer and the most appropriate approach to keep sanity drive the final lap to stardom.

For more information about Naina Nanda or for modelling / commercial assignments for her, please do write to mail@news4masses.com with her name in the subject as “Naina Nanda”. Alternately, fill up our contact form and our rep with get in touch with you.