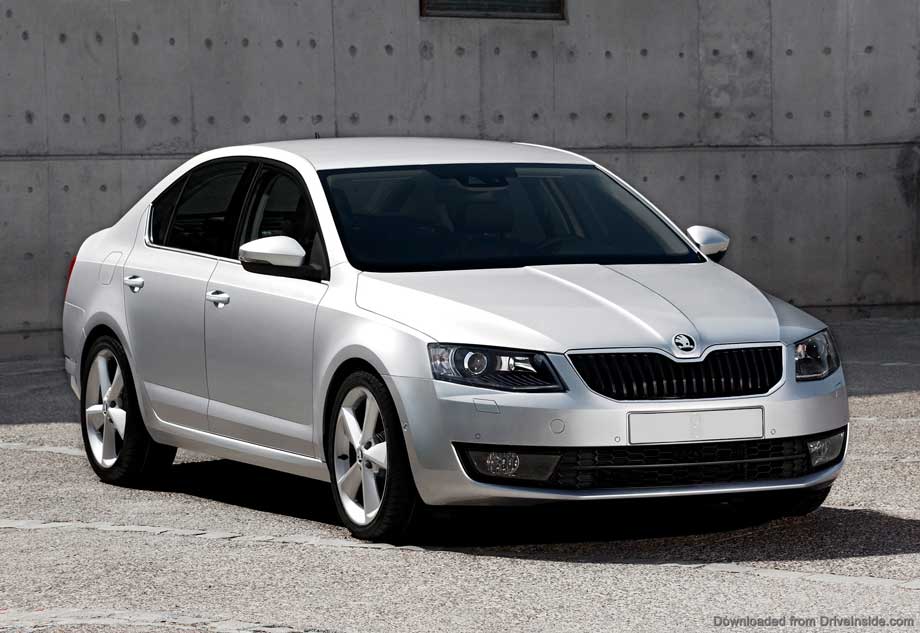 Skoda Octavia Review: Many a times it so happens that we have a car in mind and given the first opportunity, will like to rush and buy it off the shelf like any other house hold item. However little do we appreciate the fact that we don’t buy a car everyday.

So here comes the necessary due diligence that needs to be done while comparing cars before the final decision to go for one is arrived. At N4M, we endeavor to take one car at a time and then compare it with the other competing cars from different stables.

Car under Review – Skoda Octavia: The black car on the street, Octavia from the brand Skoda. Skoda brought in the new Octavia, a facelifted version of the car that was last introduced in 2013. At a price tag of Rs 16.03 lakh, ex-showroom, Delhi, the new car costs almost the same as the old one.

Now to mention a few parameters that are a must considering, if you ever thought of buying Skoda Octavia. The cars that fall in the comparable D segment are the Hyundai Elantra, Toyota Corolla Altis and the Volkswagen Jetta.  Let’s check out how Skoda Octavia fares against its competition, more so on the basis of price, specifications, after sales maintenance and some more brand specific features.

To your question, “Which car out of those mentioned above, to buy?”, we first compare Hyundai Elantra 2.0 S vs Skoda Octavia 1.4 TSI MT Ambition, followed by the others.

Also, the distinct difference in build quality is evident in the heavier Octavia, but the advantage quickly turns to a disadvantage on Indian roads as the front heavy Octavia while navigating some tough speed-breakers, often ends up hitting the road from the front side underbelly. This happens mainly by virtue of the inertia due to a disproportionately heavier engine. It often leads to the cracking up of the Engine oil chamber from below and the leakage of the entire Engine Oil. The Oil chamber cast is not easily available at service workshops or dealers and so has to be flown in, thereby increasing the downtime. Many a times it has been seen that after the change of the Oil chamber, dust particles end up in the oil chamber, leading to deterioration over time and ending in complete engine seizure.

The Hyundai has a fancier equipment list while the Octavia gives all that you need sans the fancy elements along with more power and a dual-clutch gearbox in both petrol and diesel versions.

As for the after sales maintenance, it is one of the most important part of any decision making to buy a vehicle, coz you deal with the maintenance on a daily basis for the rest of the years that you retain your vehicle. So comparatively, Hyundai with its Korean origins take care of the maintenance issues just like the kaizen obsessed Japanese do. On the other hand Skoda even with their European origins have let the maintenance slip out of their hands, thereby depending heavily on the local dealers to satisfy the clients. The unsatisfied clients, in case wanting to escalate their problems of maintenance find themselves in a fix as the company directs the complaints back to the local dealer for resolution, washing their own hands off it.

As a brand Volkswagen earned its name and fame across the world, much before Skoda was even heard of. So, for the brand reliability and fan following, Volkswagen remains far ahead of Skoda. However the Volkswagen Jetta as a car still gets compared as a cousin to the German Octavia. Built on the same platform and powered by the same mills, the overall performance is almost similar.

Not considering the brand value of Volkswagen for a minute, the car Octavia by itself reflects more flair in its looks, compared to the Jetta and is also a bit more luxurious looking than the Volkswagen. Also, the Skoda is a few centimeters longer than the VW Jetta, offering more interior and boot space but for an elevated price difference of around a lakh Rupees.

On the maintenance front though, to take care of its enhanced brand, Volkswagen seems to have gone in for more R&D and upgradations so as to minimize the problems by eliminating all possible repetitive snags and / or part failures. On the other hand Skoda Octavia performs dismally when it comes to repetitive snags in the vehicle and their handling at the hands of its customer care team in India. The top echelons of this team work out of Mumbai.

The Toyota Corolla Altis with its Japanese origins score a point or two in terms of efficiency and reliability. However on many other parameters like the performance, panache or features, it fares neck to neck as the Skoda Octavia. It’s upper version with 1.8-litre petrol at 138 bhp though falls short against the 1.8-litre turbocharged petrol of the Skoda that certainly is a notch above the Corolla

The other area where the Corolla scores fairly high against the Skoda Octavia is the ‘after sales maintenance’. While Toyota, going by the Japanese eye for minutest of perfections, has literally left nil flaws to be taken care of in maintenance, thereby taking it close to claiming a zero maintenance vehicle. On the other hand Skoda Octavia is yet to perfect and overcome its problems through modifications or recalls. The most important and perceived problem area as per most customers is its ‘Clutch and Gearbox’ assembly. The complaints regarding the same can be googled in plenty on the net with the Gear and Clutch plate assembly going unserviceable in the first year itself and sometimes within the first 10,000 miles of coverage. N4M Media also happened to get hold of specific cases where the Gear and Clutch Plate assembly of the Car had to be replaced thrice in succession, with each time failing in just a couple of thousands of kilometers of vehicle running.

With faulty driving having been ruled out in all the cases, possibility of faulty workmanship at the local levels can’t be ruled out. Even doubts on manufacturing lacunae in clutch plates being supplied by the company or its vendors remain high. The onus of investigating though lies with Skoda as the cases are not isolated and the outcry too high to be ignored.