Home Politics The Anatomy Of A Non Issue – Dynastic Politics 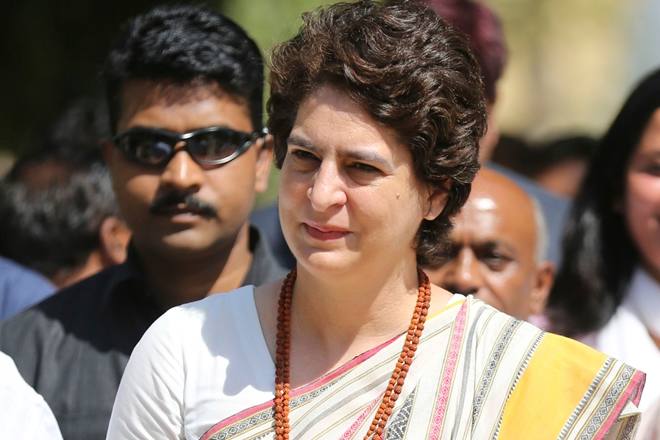 The word Dynasty, of  late, has been over used, simply as an easy tool to direct vendetta against orgnisations, individuals and families. More so, when the political adversaries barely find a handle of any significant wrong doing to hold on to.

So how do allegations of practicing dynasts among politicians impact the common man? How does the issue conform to incompetence? It is an important decision for the voter to ponder in electing their leaders.

It is important to recognize that dynasticism is prevalent in all political parties including the Bhartiya Janata Party and not only restricted to Congress or the Gandhi family, even though the Nehru-Gandhi family dominates the discourse about dynasty politics.

Likewise every party in India has numerous members having dynastic line up. Congress has been in power for over 6-7 decades and hence it’s natural for a certain dynastic stranglehold on the party.

BJP has just got into real power with large numbers only in 2014. Yet they seem to have more dynastic MP’s leaving the congress behind. With time, they will also be consumed by the same phenomenon.

Therefore, the real debate is whether dynastic rule ensures incompetence or not? Whether it stands against fair play? Ethics?

The frequently (mis)used word, has thus rendered itself more as a misnomer. The public should be wise enough to see through the game plans of political parties using it as a political rhetoric. Thereby recognize it as a sign of exposing their own hollowness and dearth of ideas and plans for the betterment of the nation and its citizens.

Dynasty issue has come up in every election but has been predominant in the last two elections. The ruling Bhartiya Janata Party (BJP) has used it to build up a narrative against congress as a party of dynasts and corrupts, thereby relating it to alleged non-performance. People often get carried away with such perceptions, even though it contravenes the concepts of fair play, level playing field in an otherwise charged political environment. This, thus becomes an emotive issue when it involves political leaders and ruling families.

ALSO READ: IT IS TIME OUR MIDDLE CLASS STOOD UP AND GOT COUNTED

There are two issues that merit a discussion to put it in the right perspective, namely:

If we conceptually accept the rationale that it is unethical to allow dynastic rule and others should be given opportunity, then it should follow that this principle should be practiced across the board. A farmers offspring should not be allowed to till the land, lawyers, doctors; bureaucrats, armed forces, industrialists, teachers, actors, traders should all not be allowed to let their children into their respective fields.

In real life, in majority of the cases, it is but natural for the children to follow in the footsteps of their parent, picking up professions that the head of the family pursues. Why does this happen? Much has to do with the environment in which one is born and brought up.

Since childhood, kids are exposed to the ecosystem in which their parents live. Needless to say, barring exceptions, children have a tendency to fall into the same groove of thinking, values and interests.

For example, it is not uncommon to find armed forces children taking pride in serving the forces despite being fully aware of the fact that it is not financially remunerative and is highly risky with a lot of family sacrifices to be made.

Likewise the Bollywood is an example of how many of the actors are in some form or the other following dynastic principles even though the progeny may not be as gifted as their parents had been. The Bachchans, the Kapoors to name a few.

Society does not talk about the families that have followed principles and abstained from nepotism. Neither are they respected for living up to the high standards & principles that people demand nor are they given the recognition for doing so. Society simply dismisses them as not being capable.

Yet, if you follow the families of Gandhiji, Lal Bahadur Sastri, Sardar Patel, Dr. K.L.Rao, Dr. V.K.R.V Rao etc., despite staying away from the limelight, they still actively contribute in the groove that they were brought up in. Most of the families of honest political leaders can also be traced to their community work, commitments to society but these are the ones who cannot afford electoral politics due to their honesty and uprightness leaving them little room to manoeuvre.

Dynasty is a world wide phenomenon all through out history. From the American Bush’s to Clinton’s there has never been anything wrong with dynasticism. Why has this dynasty phenomenon continued? All human beings want to perpetuate their values, ideologies, principles and work. Since the offsprings tend to share the same values and develop a trust relationship, they obviously become the preferred choice.

Some highly principled exceptions who have discouraged nepotism have been forgotten as have their works. Thus, they do not form good role models for the rest to follow. In politics, more than other professions, leaders like their image and brand to be continued and realize that it is their own who will do so. In addition, power continues only when the offspring remains in power. Hence the tendency for politicians to encourage their children to continue in politics.

This is also because unlike other professions, in Politics, a lot revolves around trust and dependability in maneuvering thru the highly complex twists and turns that comes with the terrain. In the 2014 elections nearly 15% of the MPs were dynastic. With power attached, more and more leaders encourage their own to join in order to maintain their status, ego and plethora of benefits.

Why do they do that? There are two reasons, namely:

Therefore, one can conclude that since times immemorial, history has recorded dynastic continuity starting from Lord Ram to kings to farmers. In fact, one can argue that given their exposure to the field of their lineage, the dynastic siblings have deeper knowledge, values and experiences that help in discharging functions, most efficiently.

This helps in short term learning curve and hence chances of hitting early successes are high. The ease and efficiency with which Mrs. Indira Gandhi filled the role of the Prime Minister, stands testimony to this argument. In contrast, Mr. Narendra Modi has been unable to demonstrate the statesmanship & charisma needed for the role of the Prime Minister. He continues to act in a divisive manner, unbecoming of a true leader.

Likewise, the lienage with RSS leanings are strongly rooted in their early exposures and lifelong follow the ideology. Did they opt for it? No, it is their early childhood training. Now, it is quite natural to see that in the BJP, most of the members will have lineage & commitment to RSS. In the last five years of cabinet formations, this aspect is given high prominence and is well proven.

Now, does being a dynastic person disqualify or make one less competent? There is no evidence to support this logic. In fact, the efficacy of any leader is a function of the individual personality and their competence and nothing else. So, you have kings who have done well and others who have been disastrous.

In recent times, there have been some dynastic leaders like Mr. Jawahar Lal Nehru who delivered on governance but there are many other leaders who have not. Amongst the cabinet of Prime minister Narendra Modi, Piyush Goel is considered one of the best performers and he is a dynast. Similarly, in congress, Jyotiraditya Scindia, Sachin Pilot are recognized to be better politicians than many others.

On the political front, if Mr. Narendra Modi honestly believes in his vocal rhetoric against the congress and the Gandhi family, then what stops him from not giving tickets to dynasts in BJP and thereby set an example as a leader leading by example? 35% of  BJP Lok Sabha members do not validate the argument.

Lastly, no one individual should characterize the party. Therefore one Modi or one Rahul Gandhi cannot be totally representative of the party.  So, holding Rahul Gandhi as a dynast or painting Narendra Modi as a compulsive liar should be viewed as charges against individuals. But it makes no sense painting the respective parties based on individuals. So, personal jibes being made so often should be considered a part of politicking and not be mistaken while casting your precious vote in deciding for a party or the local candidate that will eventually represent you.

Country would benefit if the debate shifts from dynasticism to real issues and individual competencies.

PN: This Article is part of a series of Articles on governance and social impact, written by Mr K Vijay Rao

Pergola Shade Cover – Some Ideas For Enhancing Beauty Of Outside Space