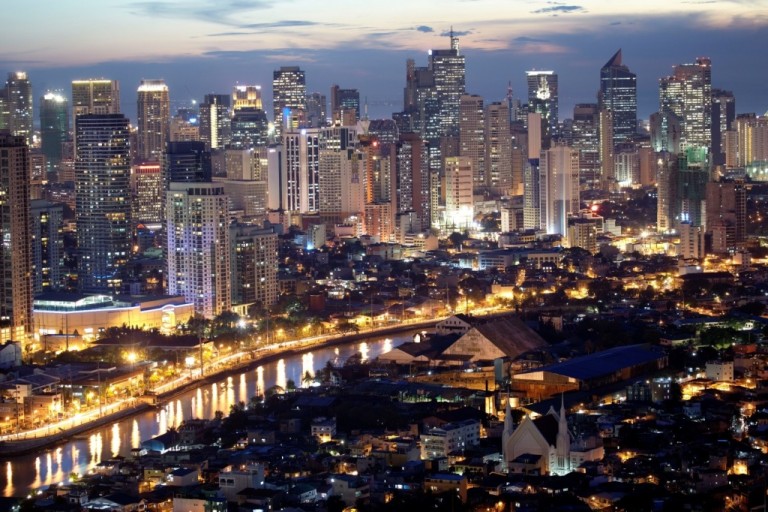 Asia, the cheaper destination, flocked by tourists the world over. However there are some cities in Asia, one has to take care while drawing up an itinerary. It is better to be careful than to end up in trouble while on your leisurely vacation.

It is one of the highly populated cities of the Philippines, which is part of the Metropolitan Manila. It has a high crime rate in Asia. Common crimes include killing of men aged between 25 and 50, slum dwellers and jobless people and people who have personal disputes arising from the city karaoke bars. The most dangerous times when these crimes occur are between sunset and midnight. Other crimes committed include rapes, theft,robberies, homicides, and snatching.

Though it is one of the hot spot for tourism, it is high in crime rate, which are normally targeted at tourists. They are committed by local gangs or even individual hoodlums who carry out assaults and violent robberies. There is also an improper mismanagement of firearms ownership in this city which leads to increase cases in crimes. Other crimes committed here include the kidnapping of foreigners, violent crimes triggered by excessive alcohol consumption, and street fights.

It is the capital city of Mongolia and has a high rate of crime which involves theft, rapes, and assault. There are also crimes against foreigners which primarily involves pick-pocketing, theft of unattended property. The growth of a small national movement in Mongolia has led to physical assault of foreigners to discourage them from investing in the country’s natural resources.

Dhaka is the capital city of Bangladesh and has one of the highest crime rates in the world. Crimes committed in Dhaka include political and religious violence. Some of the violence is triggered by the wide social, economic gap among its citizens and the pressures brought about by the high population. The police in Dhaka is ill equipped thus making it worse to manage the crimes. Common crimes are robbery and banditry, hunger, and poverty induced violence, rape and kidnappings, illicit trafficking in children and women, and illegal possession of drugs and firearms.

It is the capital city of Malaysia which is heavily populated with millions of businessmen and tourists visiting the city annually. Crimes are high making it the sixth most dangerous city in Asia. Crimes include pick-pocketing, scam artists, taxi drivers overcharging tourists, murder, physical violence, robberies, and rapes.

Al Mukalla is a main sea port and the capital city of the Hadhramaut coastal region in Yemen in the southern part of Arabia on the Gulf of Aden close to the Arabian Sea. With the ongoing fighting between various factions and the bombardments by the Saudis, the crime scene in the city has sky rocketed. Not safe and not worth visiting.

It is the largest city in Pakistan, which skyrocket in crime rate. Terrorism and sectarian violence are higher in Karachi. Crimes such as gang shooting, suicide bombing, and political violence are on the increase. Those involved in the crimes include motorbike riding assassin who target police, political opponents, businessmen, and other protesters.
Crime has become the norm in most cities across the world. The best thing is for everyone to be aware of the host spots where crime is carried out and avoid them at all costs. Share with your friends on the social media.

It all started with peaceful protests in 2011 which later on erupted into full blown war. Since then, Damascus city in Syria has been an incredible dangerous place to visit. If you have to travel to the city, make sure you have an armed companion as foreigners are normally under attacks of kidnappings.

Events common in Baghdad include gunfire and bombing. It is one of the countries which is among the do not travel list of the USA. It is a war torn country which is not likely to be safe any time soon. The violence in this city at times consists of unpredictable terrorisms. Unless you have a good reason why you want to visit, stay away from this city at all costs.
1. Kabul, Afghanistan

First the Russians and then the Americans and now its a habit. It is a war zone even when the US forces are deemed to have left. Many terrorist attacks and bombings are the order of the day. It has a tough life and might just be one of the most dangerous places to ever dream of visiting. It is a city where violence can occur any time, any place.

My Fitness Program – 5 Steps To Get Started | N4M Media

Attempts at Consolidating Vote Bank Ahead of Upcoming Elections

Time To Revive Our Interest In The Science Of Life

Mollifying Citizen Outrage With Police Encounter – A Blot On Governance

List Of Top 15 Must Eat Foods For Heart Patients