Home India When Twitter Trends Convey! ‘#BJPDramaExposed’ Trending At 2 AM! 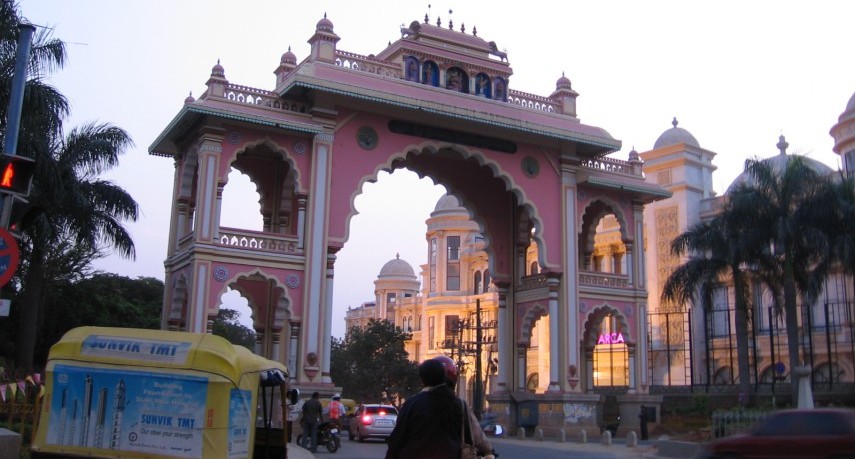 The Election Commission briefed the media at midnight and confirmed that they have recovered 9,746 Electors Photo Identity Cards (EPIC) from an apartment in Bengaluru’s Jalahalli area, a part of Raja Rajeshwari Nagar constituency.

It was the BJP which complained to the ECI, Karnataka about the possible cash stashed and voters’ id been dumped in an apartment. Reacting to the complaint, the ECI briefed the press and ordered an inquiry into the discovery of voter ID cards from the apartment that BJP alleged, was linked to a Congress lawmaker. The saffron party also demanded that elections to the Raja Rajeshwari Nagar constituency be countermanded.

Addressing a hurriedly-convened press conference around midnight, Karnataka’s Chief Electoral Officer Sanjiv Kumar said two trunk-loads of counterfoil slips, which appeared to be the acknowledgement slips of the form used to add names of voters, were also found. But the forms were not the same colour as the ones used by the Election Commission, he said.

“In next 24 hours we will get to know more facts based on which a firm decision will be taken,” Mr Kumar said.

As top BJP leaders started tweeting and giving media bytes just in sync with the ECI press conference, it was evident that BJP was tempting to have the elections in Raja Rajeshwari Nagar constituency cancelled. Essentially the BJP was looking to tarnish the Congress image and deflect voters’ attention from alleged corruption charges against their candidates.

Then immediately came the Congress rebuttal, accusing the BJP of enacting this “drama” of raiding an apartment owned by a local BJP leader and planting “fake evidence”.

It was about 12:45 am when the first special press conference was addressed by none other than Randeep Singh Surjewala, In-carge Communication Department AICC, Smt @MLAYashomatiT, Secretary AICC, Smt. @priyankac19, National Convenor, AICC Communication department at KPCC Office.

The congress came all guns blazing and exposed the BJP. “In RR Nagar constituency, in Apartment no 115, 9,746 voter IDs were recovered. EC has said that the apartment belongs to Manjula Nanjamari. She is a BJP leader & ex-BJP corporator. She has rented the flat to her son Rakesh, also a BJP leader,”Surjewala said.

He further added that “BJP enacted this drama in an apartment belonging to their own leader, ManjulaNanjamari. She has rented the apartment to her son who contested the 2015 BBMP Elections on a BJP ticket. Apartment was not raided by police or EC but by BJP workers. This is a BJP conspiracy & we have exposed it. High level enquiry should be ordered by EC against all those indulging in this conspiracy to get the election countermanded by planting fake evidence. Lodge an FIR against all these top BJP leaders.”

The party’s spokespersons addressed another presser at 2:00 am in the morning. Armed with more documentary evidence, Surewala attacked the BJP and said Union Minister Prakash Javdekar, had the audacity to lie by saying Manjula Nanjamari & her son Rakesh don’t belong to the BJP. “They are running a factory of lies. We have exposed their drama,” he added.

A list of BJP candidates of BBMP Elections were in Mr. Rakesh, who is the tenant of the flat, was the party candidate from Jalahalli ward, along with his photos with top BJP leaders was shown as proof.

“Union Minister Prakash Javdekar must resign for his involvement in this conspiracy and trying to subvert democracy. The entire BJP Leadership stands totally exposed in front of the people of Karnataka,” Surjewala added.

#BJPDramaExposed started trending late at night and continued to trend till early morning. Srivatsa, the Social Media in charge of the state Unit tweeted “Such an amateur conspiracy by BJP has backfired. They have again shown Karnataka that they are good for nothing. Expect Congress to win by 150 seats after this. #BJPDramaExposed”

As the day progressed, more drama and counter attacks unfolded with Manjula’s son Shridhar speaking to Times Now and sharing his unhappiness at being disowned so unceremoniously by Prakash Javdekar. One of the conversation thread going on Twitter in the day is reproduced below.

As the D-day nears, expect more drama and counter attacks. The Congress of 2014 is very different from the Congress of 2018. Back then, they would have responded to the BJP allegation well after the heat of the matter would have settled. Not now, armed with a solid media strategy team, social media team and research wing, the party soldiers are battle-ready even at 2:00 am in the morning.