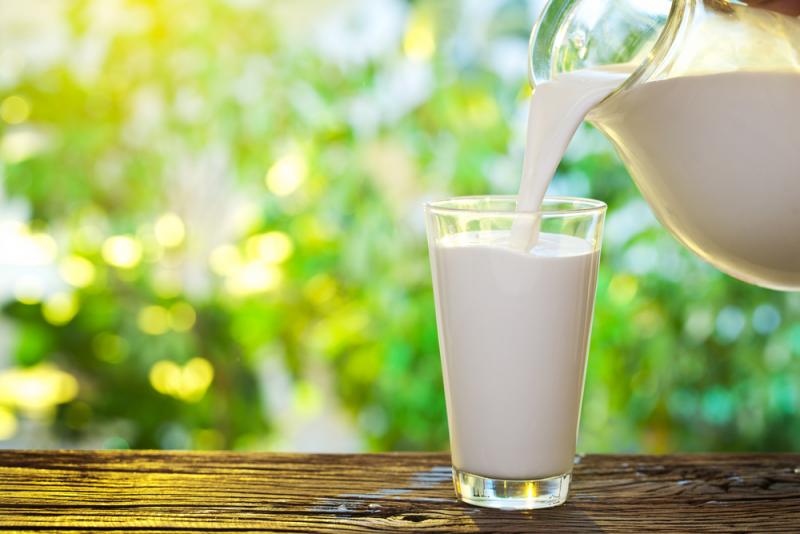 During the course of my interactions with clients and the press, I often end up clarifying people’s doubts about so many foods that somehow over the ages got surrounded by myths and misconceptions. How these get formed over time is anybody’s guess but some of these I find are plain myths while some others are facts that need be taken seriously.

Today, I put forth and lay bare some myths, misconceptions and facts surrounding one of the most important foods in our lives, from the time we are born to the time we end up in the graves i.e. MILK. Well Milk, today is so important and prone to so many variances that it is one of the most highly regulated foods in the USA and is slowly getting regulated in India as well.

#1. Drinking Milk leads to the formation of Kidney Stones over time.

A myth. Milk consumption doesn’t lead to the development of kidney stones. On the contrary, some research has revealed that drinking milk is associated with lower percentage of stone formation

Yes, provided you are doing weights or some muscle stressing exercises. When you lift weights your muscles get minor tears that heal over a couple of days and repeating the process helps in gaining muscle mass that grows bigger and stronger over time. However, a caution here. If you simply drink too much milk and do not perform any form of weight training or exercise, you may end up gaining body fat instead of the muscle mass.

#3 A cup of milk contains the 09 essential nutrients that the human body requires. If so, what %’ge of daily intake requirements does it serve.

Yes, it does.  A single cup of milk, irrespective of whole, toned, double toned, organic or lactose-free provides :

#4.  A bit about different types of milk in the market including aspects like safety and wholesomeness.

Some of the various types commercially available that we refer to while buying in India are:

Infact, all types of milk as mentioned above are equally wholesome and safe to drink, including organic and conventional varieties. However, some Fat Free ones that have a less than 0.2%  Fat content and are additionally fortified with Vitamins like D and A are specifically my favorite when it comes to recommending in diet programs for weight loss.

#5 People with lactose intolerance should avoid all milk and dairy products.

Avoiding milk and dairy foods completely leads to lower intake of calcium and other nutrients. Hence its not advisable as it exposes such people to risk for osteoporosis, high blood pressure, and even certain cancers. Bone density also get compromised in both children and adults which may lead to bone fractures.

You need to work with your Nutritionist to find out your “threshold” for consuming milk and dairy foods. Its seen that drinking smaller amounts of milk with meals often eliminates symptoms. Hard cheese and yogurt, both fairly low in lactose, are also well-tolerated. Flavored milk, lactose-reduced milk before consuming milk and dairy products are some ways to manage lactose intolerance.

#6 Drinking Organic milk is much healthier than regular milk?

Organic labeling is not a measure of the quality or safety of a product. As with all organic foods, it’s the process that makes milk organic, not the final product.

A myth. No scientific evidence has yet backed that drinking milk may cause early puberty.

# 8. Soy milk is nutritionally the same as Cow’s milk and can be cup by cup substituted.

The other nutrients in milk important for bone health, includes vitamin D, phosphorus (Ph), potassium (K) and magnesium (Mg). These too aren’t present at the same levels in soy beverages.

Hence, while soy milk may be consumed as part of a healthy diet, it should not be considered as a one to one substitute to nutrients present in cow’s milk

A myth. On the contrary, unpasteurized milk could be carrying high levels of bacteria such as E. coli, Salmonella and Listeria that could cause serious to critical illnesses and even prove fatal. Nutritionally, its not more nutritious than pasteurized milk.

Hormones are inherent to many foods that we consume including milk. Bovine growth hormone  bGH, or commonly called bST is a peptide hormone present in the cow, helping it produce milk. Traces of this hormone is also present in cow’s milk in tiny amounts.

bST is made up of amino acids and when ingested, gets processed in our intestines like any other protein source. The acidic environment in our stomach doesn’t let bST survive and thus gets consumed in our digestive system and thus is of no harm to humans.

Why The SC Decision Upholding Death Penalty Was Need Of The Hour?

Top Most Beautiful And Hottest Bangladeshi Actresses And Models

It Happens Only in India: The Idiosyncratic Us (Part 3)