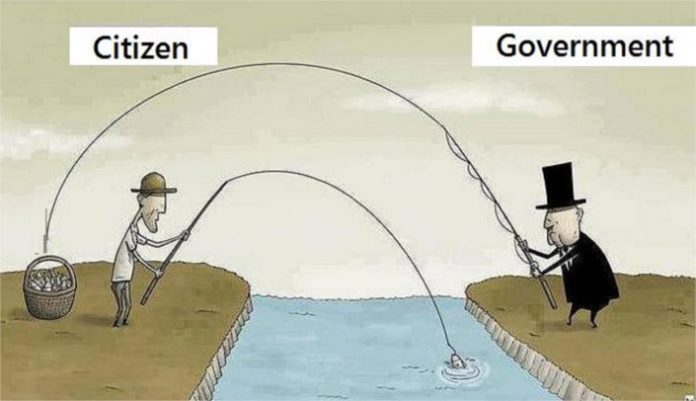 The findings of a latest survey amongst Micro, Small and Medium Enterprises (MSMEs) has confirmed the hardships undergone by this sector following demonetisation and the implementation of the Goods and Services Tax by the government. The survey conducted by the All India Manufacturers’ Association (AIMA) which represents the interests of MSMEs, indicates a gloomy picture for the sector.

In the October to December quarter, the MSME sector saw 35% job loss as compared to 20% increase in job creation the previous quarter. The job loss was attributed to demonetisation which was announced in November, 2016.

The January to March quarter saw job loss of 30% and with remonetization gaining ground the next quarter saw improvement in job creation. So in the April to June quarter 15% jobs were created in the MSME sector as compared to job losses in the previous two quarters. Again when GST was rolled out starting July 1, 2017, the sector bore the brunt again. In the July to September quarter the sector witnessed 25% job losses, bringing lots of hardship for the worker class.

Most people who lost their jobs were in the age group of 25 to 30 where someone is supporting the family and bringing up children. In the October to December quarter, when the impact of Demonetisation was at its peak, the 25 to 30 age group saw job losses of 40% while it was 35% for the 30 to 40 age group. The 40 to 50 age group witnessed 10% job loss while job loss was minimal at 8% in case of the 50 plus age group.

In the July to September quarter both the 25 to 30 and 30 to 40 age groups saw 35% job loss each, job loss was less in case of the other age groups. However job loss in the age group of 40 to 50 is dangerous as these people could not be reemployed and are vulnerable.

Commenting on these findings, Mr E K Raghunathan, National President, AIMA said, “The findings speak for themselves. The objective of this report was for collecting the exact ground reality without any bias or prejudice based on the two major policy changes which were announced in the past one year. Our intention is not to undermine the objective of demonetisation and GST.”

In terms of revenue also the MSME sector suffered due to these two highly publicized policy changes.

In the normal times of July to September quarter while their revenue was up 20%, it plunged by 35% in the very next quarter (October to December) when demonetisation kicked in. Revenue was also impacted in the January to March quarter but things changed for the better in April to June quarter when revenues showed an increase of 20%.

However, the good times remained for a short while till GST was announced. So in the July to September quarter the MSMEs saw a revenue dip of 30%. Added to this problem is the delay in refunds from the government. This double whammy virtually choked the small scale promoters from all sides.

The survey also finds out that no one invested in any new project during the October to December quarter. Also there was no expansion of projects. In the next quarter a 15% increase in new project/investment was seen. But this was primarily by large companies which had already made budgetary allocation for new projects and pumped in the funds before the end of the financial year.

Things seemed to be turning back to normal in April to June quarter. In this quarter, the SMEs saw about 10% growth in new projects and expansion while it was 15% for large scale industries and 10% from exporters who were recovering some revenue lost in the last five months of the previous year.

“During July to September only 10% increase in new projects/ expansion was noticed and these were mostly due to foreign companies stepping in and large scale industries implementing planned budget allocation,” the report said.

The findings of the survey indicated that about 78% of the companies surveyed felt that demonetisation was not necessary nor it achieved any positive results.

About 90% of the companies felt that GST was introduced in a half baked form resulting in ‘chaos’ and ‘confusion’.

About 72% surveyed companies felt that government of India did not care for their voice and their sufferings.

About 85% felt that the government of India was only keen to increase its revenue be it in hike in the prices of petroleum products, GST slab rates and through penalties and fines.

85% of the MSME companies said the central government only cared for promoting the interest of large industries and was not willing to nurture MSMEs.

Under these circumstances AIMA has suggested that the government resolve the GST portal anomalies immediately. It has asked the government to exempt MSME sector for compounding based on staff strength and not based on turnover.