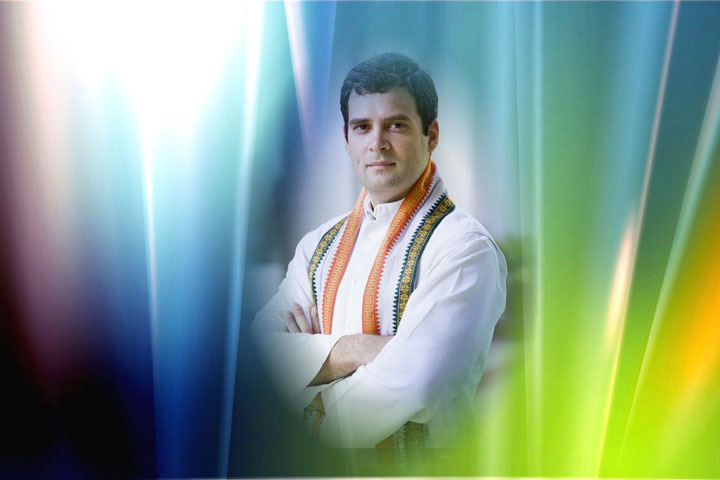 Each wind that comes with the news of climatic fluctuations carries rain droplets that purify the atmosphere. With the process of renovation in full swing within Congress, its time for a clarion call for change in Indian politics at large.

The various changes that are happening in Indian National Congress, a party with a 133-year long history of active involvement in Indian politics, are a necessity that the nation yearns for in the present scenario. The thousands of people who gathered at the Ramlila Maidan in New Delhi recently, coming from all walks of life for “JanAakrosh Rally” became an indicator of the winds of change that are emanating from the nation’s capital towards every nook and corner of the country.

The unique style and farsightedness of Rahul Gandhi, who makes decisions with utmost care after taking advice and suggestions from the elderly leaders and listening to the opinion of the youth and the common folk alike, are not just going to influence the Congress party alone but also going to bring stark changes on the Indian soil.

“Time for Change Now” was the plenary theme that was raised at the 84th AICC plenary meeting held in March. Moving away from the conventional practice of arranging special seats for all the speakers on the dais, the venue for plenary was organised without any of them. The meeting saw each person who had to speak coming on to the stage according to their turn, a practice completely different from the usual pictures of Congress meetings with leaders packed; congested stages.

Amidst the speeches and resolutions, various panel discussions on topics like Vision-2020, social justice and the state of the media were conducted by people from respective areas, which became an altogether new learning experience for the people who participated in the meeting. In a way, the 84th plenary meeting was a declaration that the time has come for each one of us to get away from the traditional political practices.

Rahul Gandhi in his recent visit to Bahrain on 8 January announced the coming of a ‘New Congress’ within the next six months. This announcement, made as an answer to the question raised by the writer during the interactive session with the audience had then evoked much anxiety and curiosity both inside and outside India and in all media circles. Looking at the recent changes that are happening within Congress, it could well be seen that what Rahul Gandhi said back then has now turned true.

The existing practices and traditional customs within Congress are undergoing massive transformations. Even within the party structure, substantial changes are happening. New feeder organisations have been already employed at the central level to work amidst the scattered labour forces, in the professional sector, among the various tribal communities, fishermen and Indian diaspora.

Rahul Gandhi has executed modern reforms in Karnataka, which goes to election booths on 12 May and in Rajasthan, where elections are expected to happen in November. An effective system is established through which Rahul Gandhi could directly receive information and details from the members at the booth levels.

This process has brought all the works and activities even from the grass root levels under the direct supervision of Rahul Gandhi. This system is soon to be introduced in other states. With not much steps and procedures, the practice of coming in direct contact with Rahul Gandhi has kindled confidence and ignited the spirit of performance among the booth members.

It is for the first time in history, that the common members of the party are given a chance to directly interact with the National President with no third person interference. In several states like Karnataka and Rajasthan, the booth members could now register their names and details by sending the election identity card numbers as text messages.

Praveen Chakravarty was appointed the chairperson of the Data Analytics Department of Congress, a new initiative brought under the party system. Rahul Gandhi is involved in a steady process of introducing new ideas in the party starting from the various reforms at the booth level and slowly moving up, by expanding it into each level in the party.

Also Read: Karnataka Elections Matter – How A Win Will Impact Both BJP & Congress?

Under the Chairmanship of Rajeev Gowda, Rajya Sabha member, Rahul Gandhi has set up a research department with around 15 young and vibrant members. Quite soon, the system would be initiated in all the states under the same model. This research department would be then handling the flow of information of relevant issues to the leaders on the top as well as to the social media wing of the party.

The cyber activities happening under the leadership of Divya Spandana, the head of social media and digital communications department in Congress have hit the activities of other political parties, including BJP. The various posts by Divya Spandana and her team, filled with satires and questions that rightfully make their points which unfolds the failures of Modi-led BJP government is making ripples all over social media.

The engagement of Congress in social media under the guidance of Divya Spandana and her team has helped in bringing to light the fake propaganda and promises of BJP and gain a new acceptance and recognition for the Congress among the people. Their dutiful work is coming in handy during the election campaigns in Karnataka, paving a way for Congress to perform well.

The various game plans implemented by Rahul Gandhi with an aim to build a strong and efficient committee within the party to weave new political strategies and put them into action have given a new life to the activities of the party in the recent times.

Post a positive outcome of election results in Karnataka, Congress should well spread the newly gained momentum to diverse parts of the nation, thereby enabling new beginnings and turn-offs in Indian politics.